James Lawrence Man was born on 22 September 1818 at Tetworth, Sunninghill, Berkshire, the second son of Edward and Georgiana (Desborough) Man. He was baptized on 16 December at St. Mary-at-Lambeth, Lambeth, Surrey.

He married his first cousin, Ann Desborough, on 20 October 1853 at St. George’s, Beckenham, Kent. James died on 5 November 1888 at South Lodge, Ilfracombe, Devon, and was buried on 9 November at Holy Trinity, Ilfracombe. He left a will (see below).

Ann was born in Walthamstow, Essex in 1820, the daughter of Henry and Margaret (Abbott) Desborough, and was baptized on 16 October 1820 at St John the Baptist, Croxall, Derbyshire. Ann died on 7 March 1909 at 17 Broad Park Avenue, Ilfracombe, Devon and was buried on 10 March at Holy Trinity, Ilfracombe.

James and Ann belong to Man Generation Eight. There were no children. A chart showing various Man / Desborough intermarriages can be viewed here.

Notes: James’ marriage license says that he is a merchant, the 1881 census lists him as a retired merchant, and his death certificate says he is a retired tea merchant. It is reported that he and his wife spent 15 years abroad. Ann kept a record of family births, marriages and deaths which has been transcribed and can be read HERE.

Anne Desborough, before her marriage, is a visitor on the 1851 census below:

James and Anne are living at Ilfracombe in Devon on the 1881 census. They have not been found on the 1861 and 1871 census which supports the idea that they lived overseas for more than two decades.

The source of the following obituary is not known although it has the ‘feel’ of the local parish magazine: 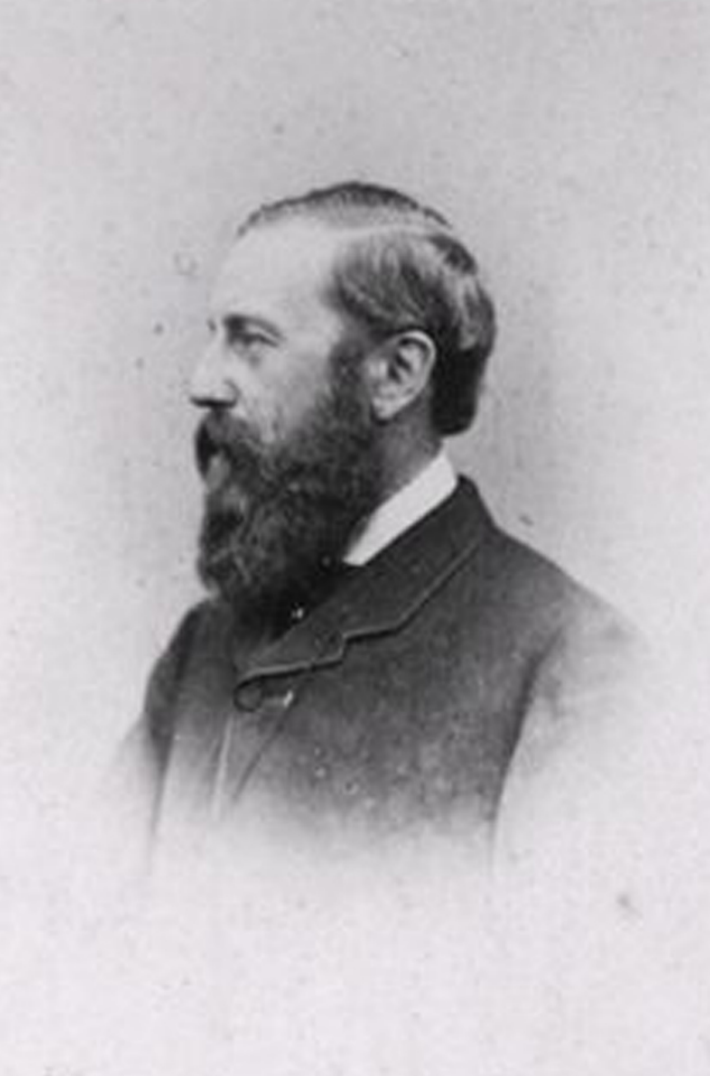 Ilfracombe has been mourning the death of one of the oldest members of our congregation – Mr. James L. Man. For several years he had been the earnest and diligent Hon. Treasurer of our Parochial National Schools, an active supporter of the local branch of the Society for the Prevention of Cruelty to Animals, and the managing director of the Coffee Tavern in Fore Street. His great knowledge of business was appreciated in each of these good works to which he devoted his time and energies. His health had been failing for some years, and had compelled him reluctantly to resign the post of Treasurer to our National Schools in 1883. It did not fall to my lot to allude in the Pulpit to the great loss we had sustained in his death, as I was unavoidably absent, but Mr. Shaw spoke most feelingly on his Christian character and virtues, and I subjoin part of his sermon in the notes for the month. I am sure all who knew him will be interested also in reading the following extract from The London and China Telegraph of Nov. 12th, and will agree with the sentiments expressed in it:

The death is announced of Mr. James L. Man, formerly of the firm of Messrs. Gee. Barnet & Co., Shanghai, in his seventy-first year. Mr. Man first went out to Canton about the year 1844, associated with the house of Messrs. Hyde & Jones, and remained there some years. While resident in Shanghai he acquired the esteem of all classes of the community by the inflexible uprightness of his character, the kindliness of his disposition, and the hospitable welcome he extended alike to friends and to strangers who visited the port. While actively engaged in commercial pursuits, he found time to discharge important duties arising out of associations with Various public institutions, in the foundation or maintenance of which his sound judgment, moderation, business capacity and experience were always of great value. Generous, constant, and benevolent, grudging no labour where the welfare of others was concerned, he combines a retiring disposition with a life of very active usefulness, and secured the deserved respect and affection of all who had the privilege of being associated with him. 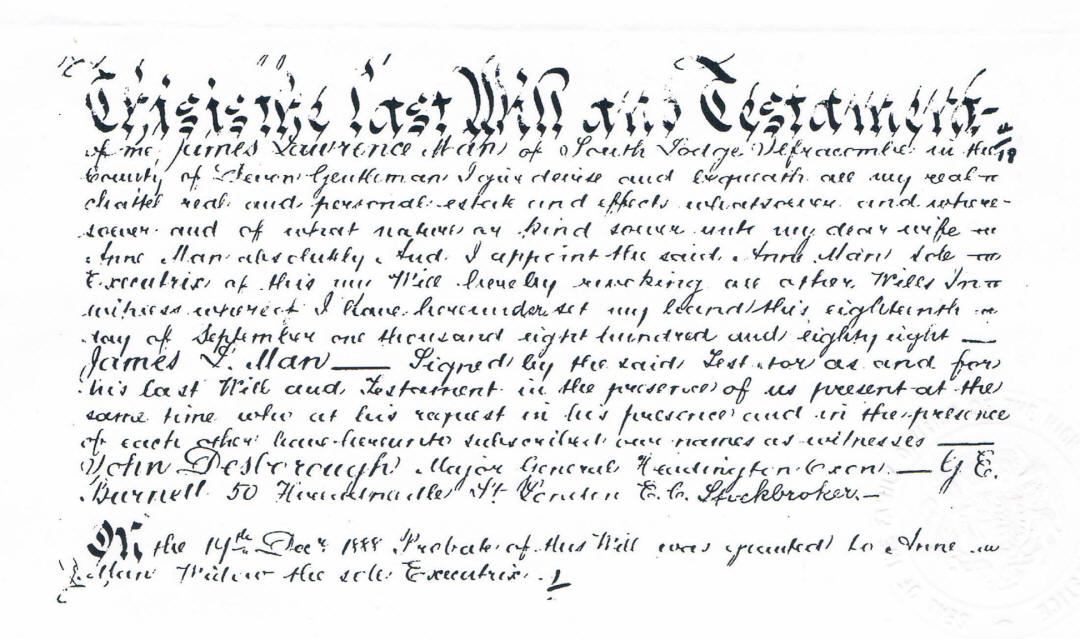 AN INTERVENTION of PROVIDENCE

My eldest half-sister was the first white woman to go to Japan, at the invitation of the British Minister Alcock. Whilst there a stampede against
all white foreigners, put their lives in jeopardy.

She and her husband were staying in a house with a porch, that had rafters dropping rather low from its ceiling. Hearing some one on the porch my brother-in-law went to the door. It was a man, carrying two swords, Japanese fashion, which he used against him. The blow did not strike him, so the man tried again with no apparent effect.

My brother beat then a retreat to the bedroom, and locked the door. He discovered in the morning that each cut of the sword went into a wooden beam, that projected down a little way in front of the door. In the wood were visible the deep cuts of
the two swords.

My sister and her husband had a very strong sense of God, the Heavenly father, who
cares for His children, and with heartfelt gratitude they recognized the divine
protection that was over them at the moment of such extreme danger. This was their
belief:

“God is on my side,
I do not fear;
Above the raging tide
His voice I hear.
He shelters me from foe,
Shielding the way I go;
I trust Him, for I know
That He is Here!”