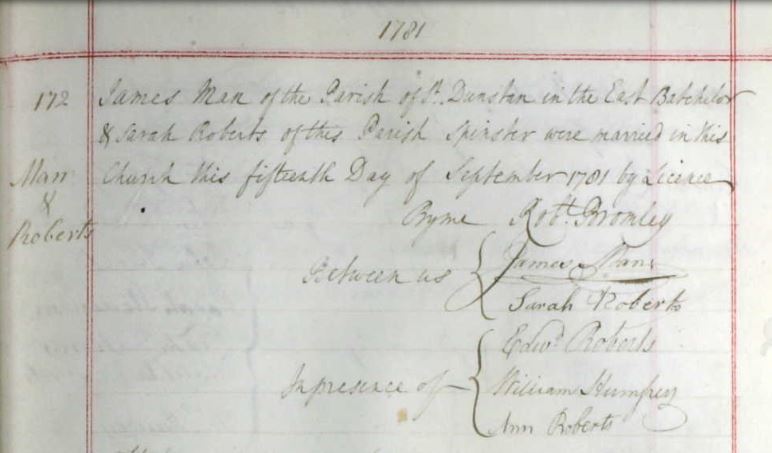 James died on 11 November 1823 at St. Petrox, Dartmouth, Devonshire, and was buried on 15 November at St. Saviour, Dartmouth. He left a WILL. Below Jamse’s death notice in the Gentleman’s Magazine:

Sarah Roberts was born in 1756 in London, the second daughter of Edward and Elizabeth (Neale?) Roberts, and was baptized on 21 April 1756 at St Mildred Poultry. 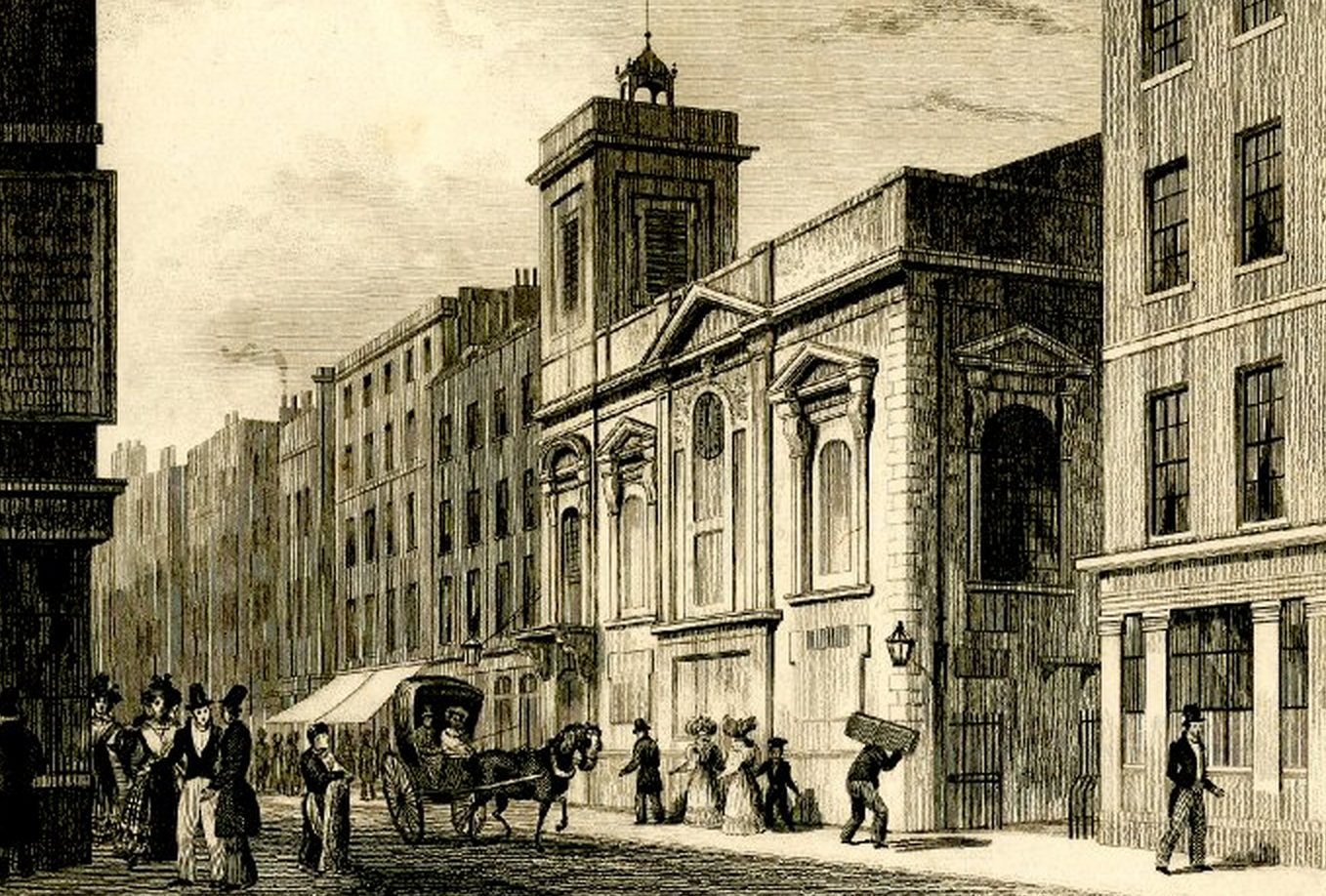 Sarah died on 9 April 1804 at Tetworth Hall, Sunninghill, Berkshire, and was buried on 16 April at St. Michael and All Souls, Sunninghill.

On 2 October 1770 James was apprenticed to William Humfrey/Humphrey as a cooper: 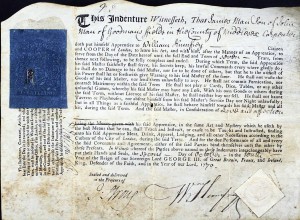 In October 1776, James aged 22, finished his apprenticeship but he continued to work for Humfrey/Humphrey until 1783 when he set up his own business as a sugar cooper and broker at 23 Harp Lane. James’s master – William Humpfrey – was probably the father of William Humfrey who married James’s sister in law Anne Roberts (see Roberts family). 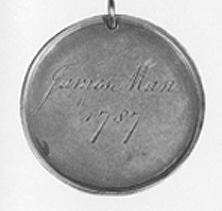 In 1789, the family was living at Kings Row, Walworth Common in Surrey. It was here that James’ mother (Mary Balchen) died in 1790. In 1798 James bought a country estate, Tetworth, at Sunninghill, Berkshire. See also letters concerning Tetworth and its various owners, including James Man.

James lived at Walworth during the week and commuted to Tetworth at weekends to be with his family. In 1802 he sold the house at Walworth and moved to No. 3 Edgware Road near St. John’s Wood, which provided easier access to his country home. Sarah, his wife, died at Tetworth in 1804. On his retirement, James sold Tetworth and moved to Dartmouth in Devon where he died. [From “The House of Man”].

The company that James founded survived through to the twenty first century and today has split into two companies: The Man Group and E. D. & F. Man.

I James Man late of the City of London but now residing in Dartmouth in the County of Devon do make my last Will and Testament. I give & bequeath to Emma Man, oldest surviving daughter of my late Brother Henry Man, one hundred pounds; to her Sister Ann and Brother Harry Stowe Man the sum of fifty pounds each. I give & bequeath also fifty pounds to each of William Man & Maria Man, Son & Daughter of my Brother John Man of Reading in the County of Berks. I also give & bequeath the sum of fifty pounds to each of my Sisters Ann & ffrances Man, both of Reading in the County of Berkshire. I likewise give & bequeath to Georgiana, Wife of my Son Edward Man, either my large silver waiter or silver bread basket as she may elect (which pieces of plate are now in the possession of my brother John) and that which she does not choose, I give & bequeath to Margaret the Wife of my Son James. All the rest of my silver plate and plated articles I give & bequeath to my niece Maria Man above named. I further give & bequeath twenty pounds to each of my particular friends: the Reverend Richard Dennison Cumberland of Cirinchester, George Cumberland of Bristol, John Morrice of London, John Tanner of Camberwell, Aston Hilcoat late of ___ingham and James Yates of Southark, Esquires, for mourning & as a mark of my esteem. All the rest & remainder of my property of what ever nature soever I leave, give and bequeath to my Sons Edward & James Man, their heirs, exors & assigns to be equally divided between them share and share alike, hereby appointing them my residuary Legatees and jointly with the said John Morrice & James Yates, the Exors of this my last Will & Testament as Witness my hand this sixth day of November one thousand eight hundred & twenty three.

Appeared personally Henry Desborough the younger of Colney Hatch in the County of Middlesex, Gentleman, & Lawrence Desborough of Size Lane, London, Gentleman, and made oath that they knew and were well acquainted with James Man, formerly of the City of London, afterwards of Reading in the County of Berks, and late of Dartmouth in the County of Devon, deceased, and also with his manner and Character of handwriting and subscription having frequently write and write and subscribe his name and now having viewed and perused the paper writing hereunto annexed purporting to be and contain the last Will & Testament of the said deceased beginning thus ‘I James Man late of the City of Bris London’ and ending thus ‘as Witness my hand this sixth of November one thousand eight hundred twenty three and thus subscribed ‘James Man. These deponents lastly made oath that they verily and in their Consciences believe the name James Man so thereto subscribed to be of the proper handwriting and subscription of the said deceased. ++ H.Desborough Jr & Law. Desborough ++ On the 1st day of January 1824 the said Henry Desborough & Lawrence Desborough were duly sworn to the truth of this affidavit before me John Danbury Snr prt Bedford p.

Proved at London 2nd Jany 1824 before the worshipful John Danbury Dr of Laws & Surrogate by the oaths of Edward Man and James Man Esquires the Sons two of the Executors to whom admon was granted having both first sworn duly to adm. Power reserved to John Morrice Esqr and James Yates the other Executors. 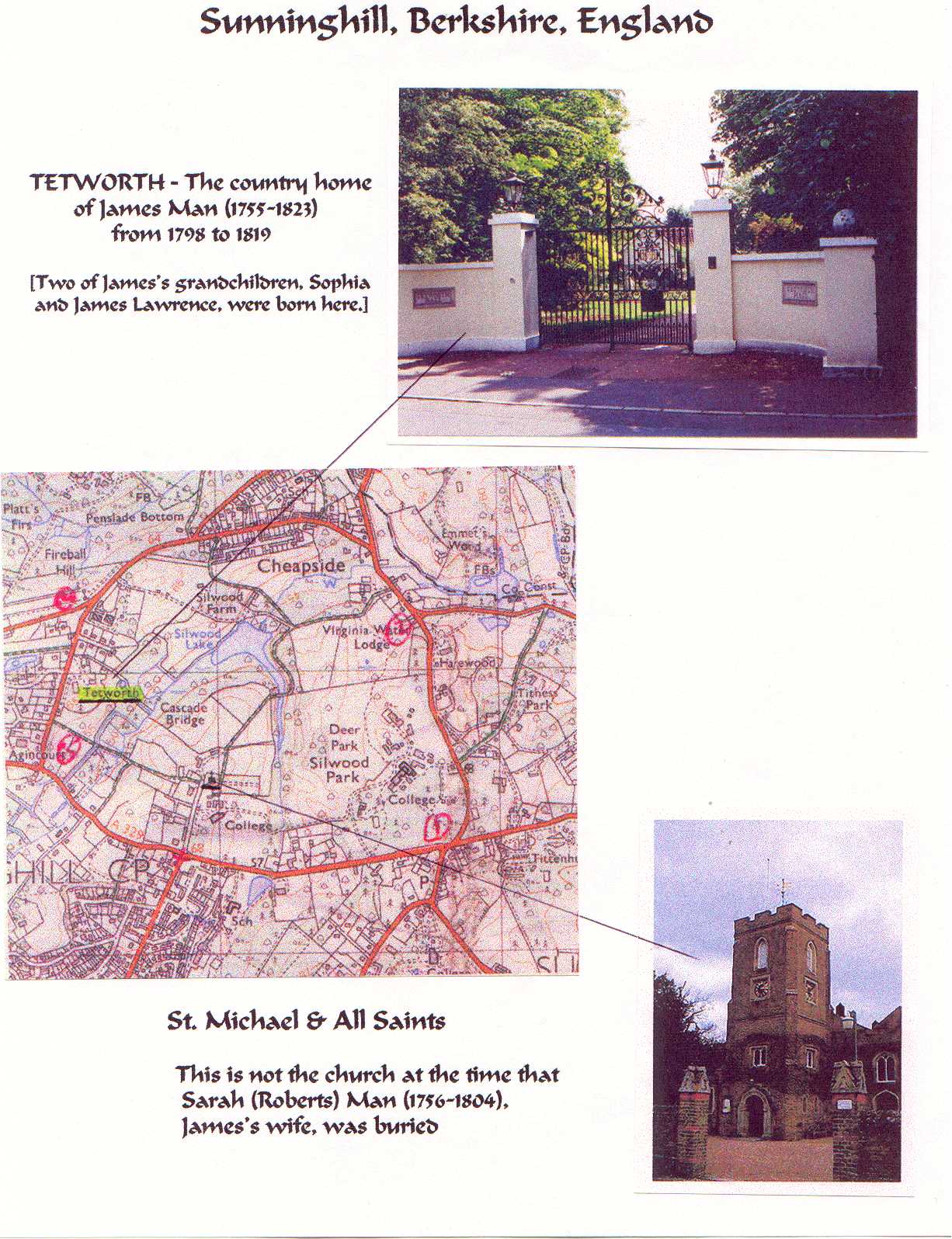 The founder of the firm, Mr. James Man, at one time lived in your house. I believe he bought it some time between 1802 and 1805 and I believe he left it when he retired in 1819 and moved to Dartmouth where he died.

I am trying to build up a history of the firm and wonder whether the Deeds of the house can confirm any of these dates and also whether you would mind if either I sent somebody to photograph who lives in that part of the World, or whether you could let me have a photograph of Tetworth.

If you have any ideas as to how I could throw any more light on our venerable founder, I would be most obliged and I apologise in advance for any trouble I may cause you.

I am answering your letter to my wife. [Ed Man’s comment: I’m guessing that when Tim Dumas wrote his letter he thought that ‘Robin’ was a woman.]

How interesting. James Man bought this place 7. and 8. Nov. 1798 from Ed. Russell Howe, Esq., ‘lease and release of a messuage and 5 situate at Sunninghill, in the County of Berks’.

6 and 7 Dec. 1802. The Hon. Right Revd. The Lord Bishop of Ely and the Right Hon. Charles Yorke by the direction of Reginald Pole Carew and Jemima, his wife to James Man, Esq., and his Trustee Conveyance of a Meadow Paddock Plantation and Garden in Sunninghill in the County of Berkshire.

7. Dec. 1802 The Hon. Right Revd. The Lord Bishop of Ely by the direction of Charles Yorke, Esq., and Reginald Pole Carew and Jemima his wife to Mr. Henry Man Assignment of a term of of 500 years in a messuage and plot of ground in Sunninghill in the County of Berkshire purchased by James Man in trust to attend the inheritance.

Some parties assignment of a term of 300 years in a Meadow in Sunninghill in the County of Berkshire purchased by James Man, Esq., in trust to attend the inheritance.

There is a copse called ‘Man’s Copse’ near but not now or for some time included in this Property (on the Silwood Park Estate). The Yorkes lived at the Cedars, also adjacent to Tetworth (family name of Earls of Hardwicke).

10. Dec. 1823 Limited administration of the goods of Henry Mann, deceased.

We believe the house was built at the end of the 17th century, we know of two owners before Ed. Russell Howe, ie., L.W. Desborough and Mr. Carter but have no deeds before the sale to J. Man, (they are in a bank).

The house has been enlarged, much altered and then reduced again since it was built. It has been called ‘Tetworth Hall’, ‘Derrick Lodge’ and ‘Healthy Hall’ at different times. We bought it 8 and a bit years ago. It has changed hands many times down the years but is lovely inside and out.

I enclose a photo. Taken 20 years ago which shows it probably as it was in Man’s time. (PLEASE RETURN it in due course). The main alteration since then is the removal of the top story.

On the banks of the Thames, close to where James originally founded his sugar broking company, stood the offices of the MAN group (who used to sponsor the Man Booker prize). This photograph of Sugar Quay on the Thames was taken in 1986 and was used on the cover of the book ‘The House of Man’. The Man offices are the second from the left.  Now, Man has moved westward and has offices at Riverbank House. This is close to St Magnus The Martyr where James Man’s great great great uncle Richard Craddock is buried. 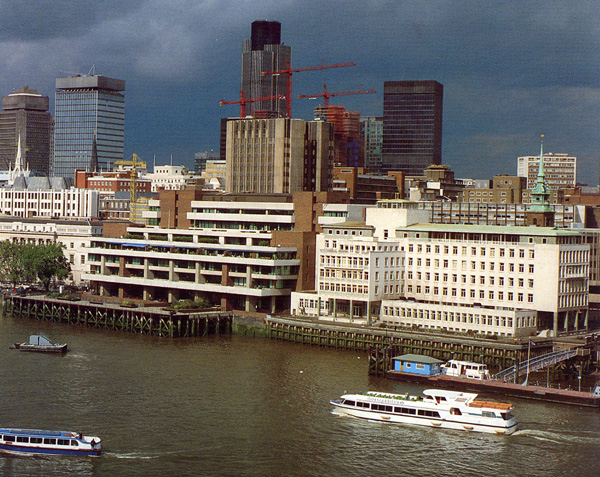 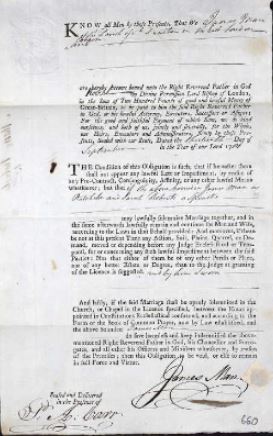