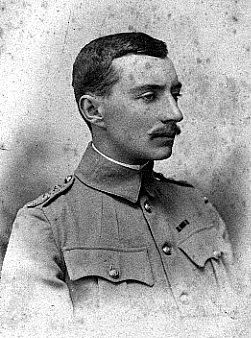 Hubert William Man was born on 14 July 1876 in Rangoon, Burma, the third son of Edward Garnet and Catherine (Matthews) Man.

Hubert died on 20 June 1956 in Bermuda and was buried the garrison cemetery in Prospect, Devonshire, Bermuda.

Below the marriage record for Hubert and Beryl:

Andrew Man has written on the back of this picture below: “Hilsea Barracks September 1932 on the occasion of “Blue” and “BD” ‘s wedding. HWM was then commandant of RAOC stores and troops at the depot. The four “men” in the army (or about to be PHM)” 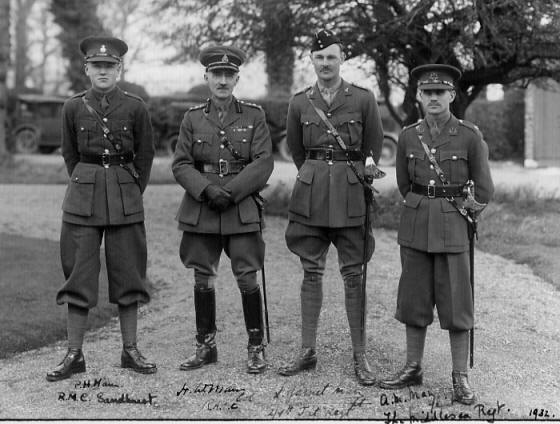 Hubert and family has been found on the 1911 census living at 4 Westholme Southbank Rd York, Yorkshire.

Hubert and his sister Dorothy had a lengthy correspondence on the origins and genealogy of the Man family. They exchanged postcards and letters on  a variety of family related subjects which Hubert eventually summarized in his notes which can be read HERE.

(In 1933 Hubert and Beryl’s eldest daughter became engaged to Philip Cecil Langdon Yorke, the youngest son of late James Charles Yorke (1847-1932), and Katharine Ellen Langdon (?-1936), of Langton, Pembrokeshire. However the engagement was called off and he then married Elsie Margaret Davis. They were divorced and he then married 2nd Violet Helen Trew. They were divorced. He then Margaret Rose Rubenstein, daughter of A. Rubenstein )