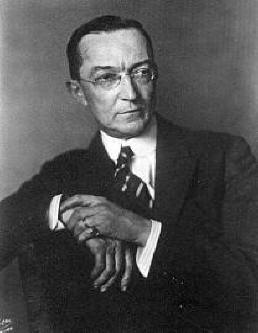 Harry died on 19 January 1936 at No. 31 Hyde Park Gate, London he was cremated and his ashes were interred at St Margaret’s Church, Halstead, Kent.

Below Harry’s baptism on 28 April 1878 at Holy Trinity Church, Rangoon. His entry is the 4th down from the top.

Nora was born on 5 July 1884 in Hamburg, Germany, the eldest daughter of Otto and Eleanor (May) Loeck. She died on 12 November 1953 in Epsom, Surrey, and was buried at St Giles, Ashtead, Surrey.

NOTES: Harry was sent to Rugby School but he suffered from asthma and so after finishing school he returned to his parents for about a year in Burma. His journey back from Burma was recorded in a diary he kept and also appeared in the Chartered Bank’s house magazine ‘Curry and Rice’ and can be read HERE. Soon after his return from Burma, he joined the Chartered Bank with whom he remained his entire working life. 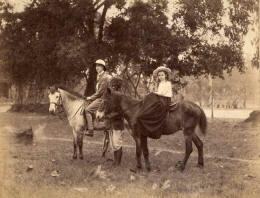 Family tradition has it that he had a remarkable mathematical ability and could add four columns of numbers simultaneously. After he joined the Chartered Bank in the late 1890’s, he was sent out to Saigon and Manila where he witnessed the US Naval fleet sail into Manila Bay during the Spanish-American War; Harry’s recollections of this event can be read HERE (<— PDF). In 1906 he returned to England:

In 1907 he was given the freedom of the city of London: 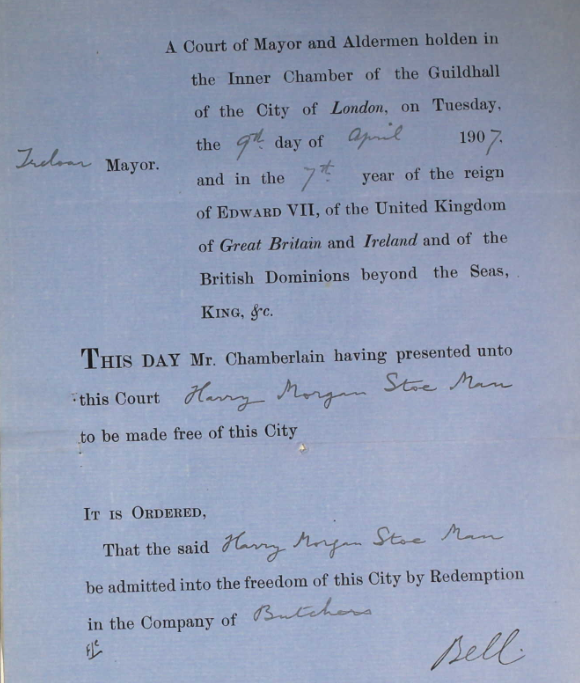 Harry’s Freedom of the City of London

In 1908 he took up a position with the Chartered bank as their representative in Hamburg, Germany and it was there that he met his future wife, Nora Loeck. The photograph below shows a young Harry Man with his in-laws from left to right: mother-in-law (Eleanor Loeck), two sisters-in-Law, Gerda and Ida, Harry, and father-in-law (Otto Loeck). This would suggest that his wife Nora took the photograph. 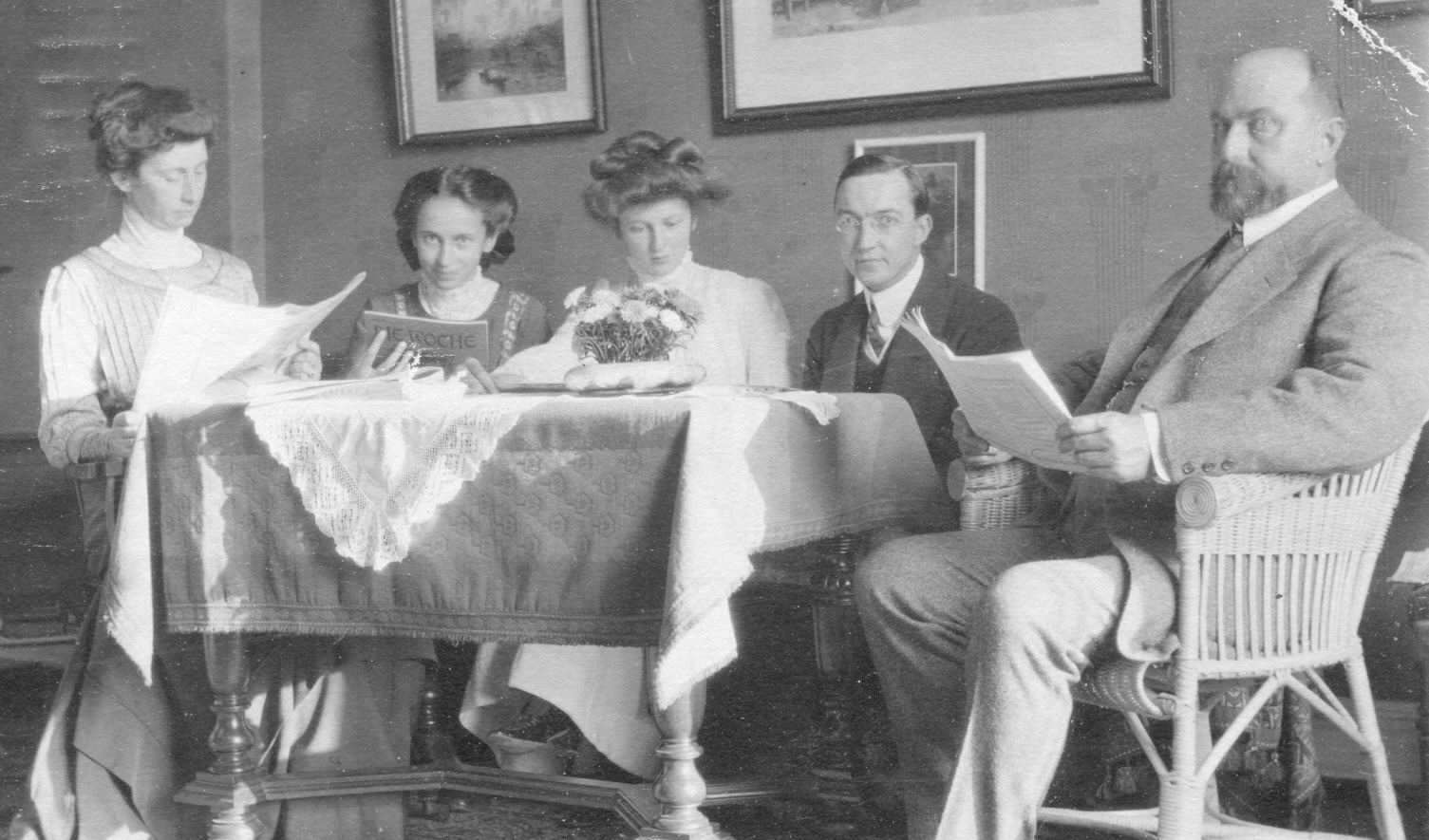 Harry with his Loeck in laws: from left to right: Eleanor (Nora’s mother), Gerda and Ida (Nora’s sisters) and Otto (father).

Their first child, Eleanor, was born in Hamburg on 14 October 1910, and then two months later the family left Hamburg for the Italian port of Genoa where they embarked on a ship that took them to Shanghai, China, arriving early in 1911.

On arriving in China, Harry was posted initially at the Chartered Bank in Shanghai. In 1912 his wife and daughter returned to Germany via Vladivostock and the Trans-Siberian railway. They were accompanied by a Chinese ‘amah’. That same year Nora and Eleanor returned to China, again via the Trans-Siberian Railway. Soon afterwards Harry was stationed in Hankow where their son Frank Man was born in 1914. In the summer the family would cross the Yellow River and then be carried by ‘coolies’ in sedan chairs up to into the hills. Pictured below is Nora Man on her way to the hills. 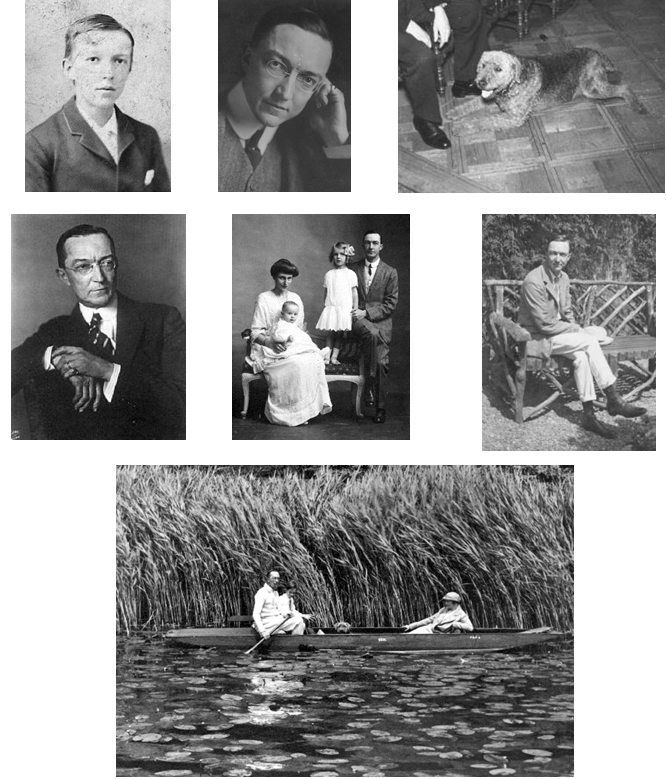 In August 1916 Morgan Man was born, also in Hankow, at a mission hospital in the hills. At this time the German governess was sent back to Germany because of the war in Europe and the Mans decided to return to England. 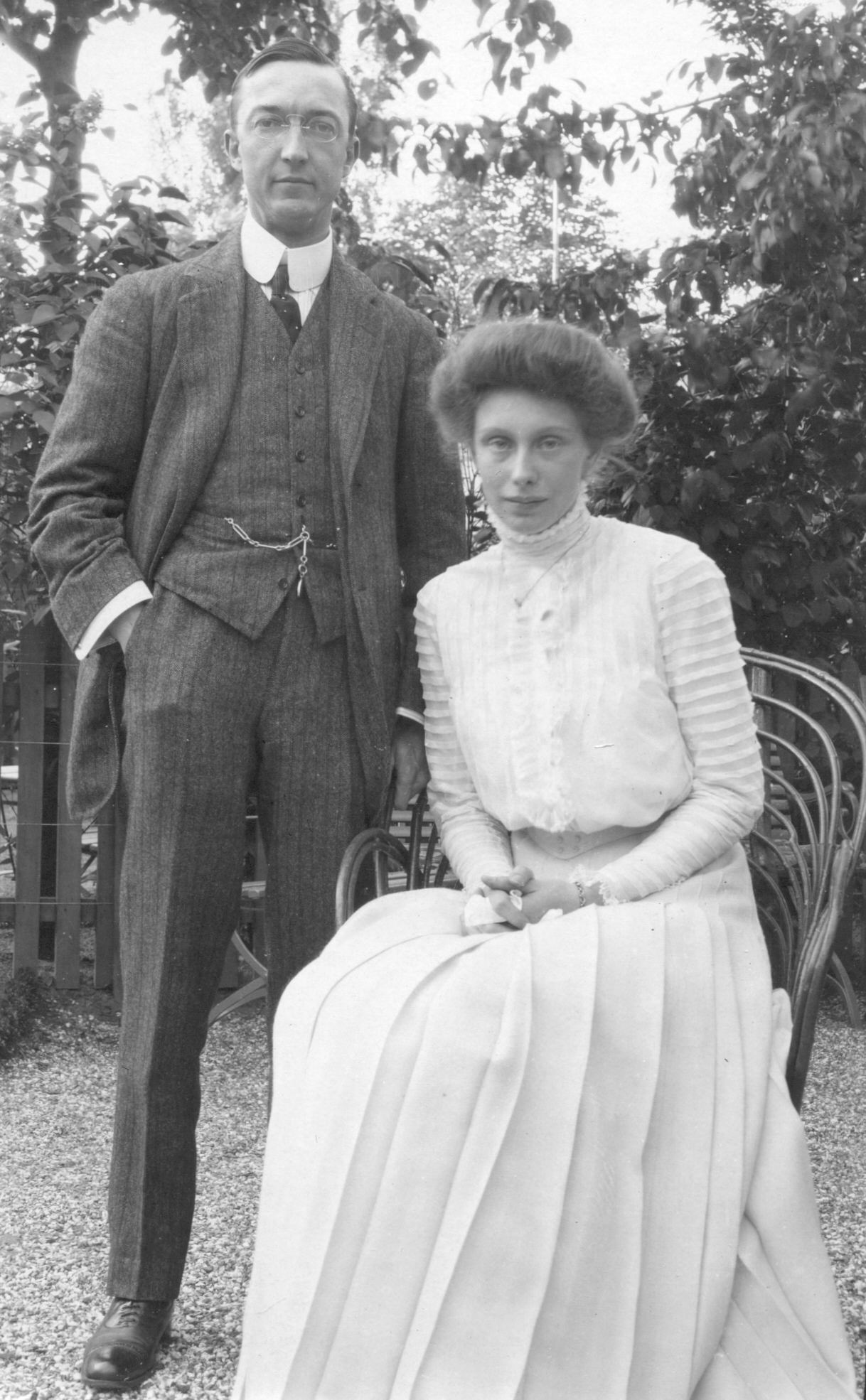 While in England they stayed with Edward Garnet Man at his home ‘Halstead’, The Riviera, Sandgate. After escorting his family home, Harry returned to China. Her father in law (Edward Garnet Man) treated his German daughter-in-law (Nora (Loeck) Man) kindly although he would occasionally joke about her national origin, calling her his son’s ‘Rhine Maiden’. As the First World War intensified the large German ‘Big Bertha’ guns began to shell the south coat of England and so the Mans moved inland and stayed at ‘Elm House’ in Godalming, Surrey which was near the home (‘Ellesmere’) of Aunty Jo (Sara Josselyn Man and Cecil Lowis).

As the threat of the ‘Big Bertha’ guns receded, the family moved to Eastbourne and it was there that they heard of the final defeat of the Germans and the end of the war. In 1919 Nora and family travelled to Liverpool and from there sailed to America and then took the Trans-Pacific Railroad across Canada to Vancouver. The family then sailed to Japan on the Empress of Asia. The story gets somewhat confusing but it may have been at Vancouver that Ida Collett, Nora Man’s sister, joined them and then Ida and her family disembarked in Japan where Ida’s husband was working for Westinghouse. 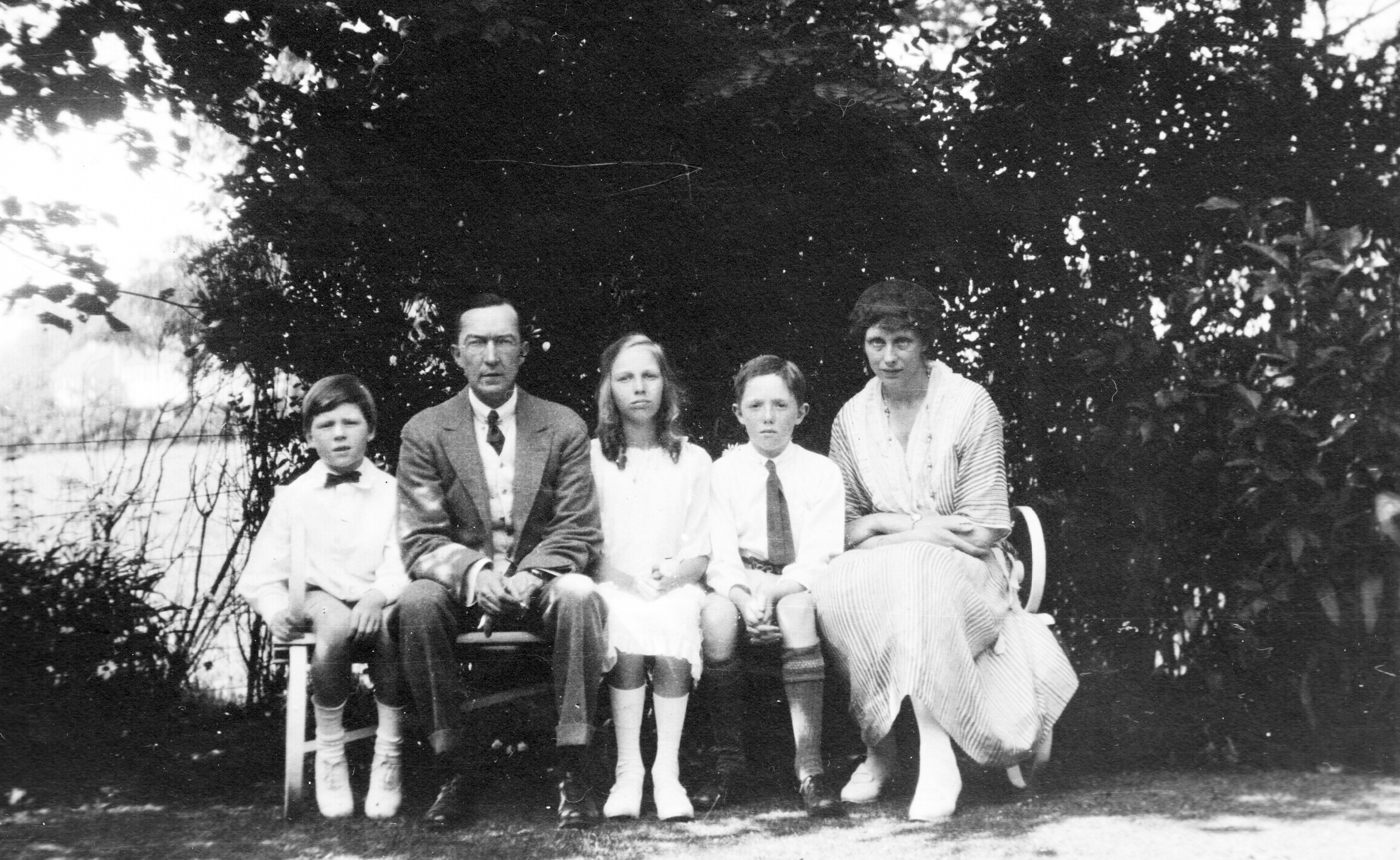 From 1919 to 1921 the Mans lived at Tien Sin, China. Then in 1921 Harry was re-assigned by the Chartered Bank to their Hamburg branch from where he had started out to China in 1910. Nora had not seen her parents for almost 11 years; the war having intervened. When the family arrived back in Germany in early 1922 they lived with Nora’s parents at 22 Agnestsrasse, Hamburg. 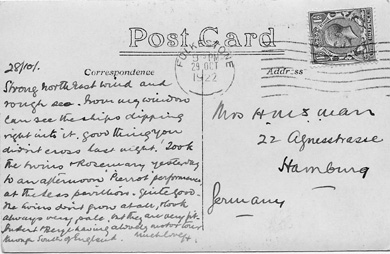 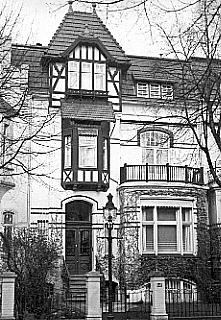 It was there that Henry Man was born in 1925. Nora’s mother Eleanor died in 1923 and her father Otto in 1927. However, with the rise of National Socialism, it was decided that Germany was unsafe for the family to remain and so in 1934 Harry rented No 31 Hyde Park Gate

But not for long, on 19 January 1936, Nora, Henry and Eleanor were attending a Paul Robeson concert at the Albert Hall, during the intermission an announcement was made that Mrs. Man was to return immediately to her home. As they hurried back the maid came running along the road to tell them that Harry had died of a heart attack. Soon afterward the family moved to 66 Holland Park Road.

Harry was cremated and his ashes were later driven down to Halstead by his son Frank and daughter Eleanor where they were placed in the wall of Halstead church and a memorial plaque placed over them (below). 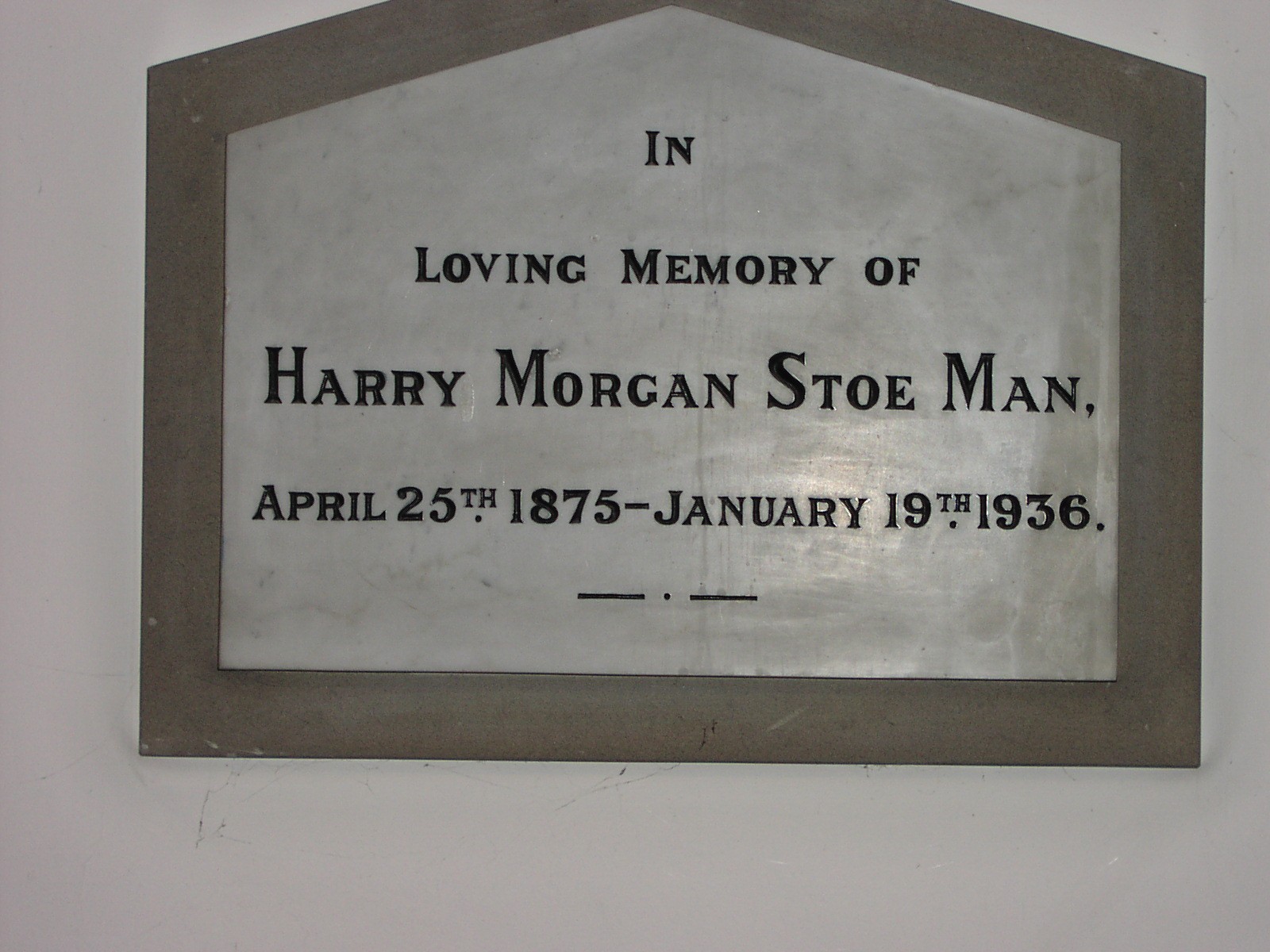