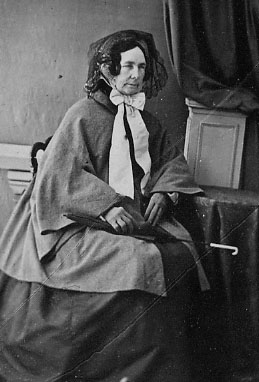 The following two letters were written by Catherine (Walch) Man the wife of Peter Bruels Man. The first letter is to her son Henry Garnet Man and describes the wreck of the Lady Holland off Cape Town, South Africa. The second letter is to Catherine’s brother informing him of the death of his daughter Sarah. The wreck of the Lady Holland was described in Blackwood’s Magazine by Mary Molesworth one of the survivors and can be read here.

I trusted by this time to have had the delight of meeting you, but the Almighty appointed differently, and at this moment it is a fearful question what are His designs concerning me, as respects my reaching India. You will find from my letter to your Uncle how much I have gone through, since the day I left dear England, and you will be much shocked at the unexpected intelligence of the death of our beloved Sarah. An event of that nature so seldom occurs on a voyage to India that I was almost tempted to consider it was a peculiar misfortune, forgetting the frail tenure on which we hold every earthly good! How near have I been separated from you by an awful death! At that moment you were present to my mind with feelings of indescribable agony – yes, my beloved, my only child. I never knew till then all the power of a parent’s affections. I must now endeavour to give you a detailed account of that night of horrors!  I conclude you have heard we suffered shipwreck on the night of the 24th. A spell seemed to hang over that unhappy ship never have I passed a more miserable time than the four months and a half I was on board of her. A most protracted voyage only to have reached thus far.  For a fortnight before our misfortune we were baffled in our attempts to approach the Cape, frequently getting within two or three days sail, and then being driven back. We had also rough weather accompanied by a heavy swell of the sea (so) that for the last ten days we could scarcely keep our feet. On the morning of the 14th we were supposed to be 6o miles from land. Captain Snell had changed his destination from the Cape to Algoa Bay, as our making the former seemed so uncertain, and we were fearful of falling short of water. At dinner that day I remember Captain Snell making me observe the colour of the water which was of the darkest green, indicating our near approach to land. We little thought how near! Sea-weed was also observed to float about us, but no suspicion was excited. At half-past nine that night the lead was thrown for soundings and a hundred and twenty fathom run without finding ‘any. To guard against any possibility of mistake this was done twice. It was then declared we were twenty miles from the main land, and Captain Snell determined to run on his course till 10 o’clock, and then to put about. Our party generally remained in Mr.Lascelles’s cabin reading and working until this hour. On this memorable night we were just finishing the Loss of the Kent when that wild cry was heard on the deck which I instantly felt to be the signal of danger. I had for the two days previous been in a very nervous state, having strangely taken it into my head that we were out in our reckoning. I instantly started up Mr. Lascelles assured me that it must be someone overboard, but I felt to my very heart that we were going on shore and I rushed from the cabin. I had just reached the Cuddy table when the awful shook was felt; even now it thrills through every nerve! In a moment after she struck again, and one or two gentlemen from deck rushed into the Cuddy declaring all was lost! Miss Molesworth and Mr. and Mrs. Lascelles were then standing at their cabin door, the latter in extreme agitation, and I can well remember exhorting her to bear it tho’ our fate was inevitable!  My first feeling was to get on deck, and I sprang over the Cuddy table and stood out by the door. The moon was rising in beautiful splendour before me, while the vessel continued to sustain repeated shocks, each accompanied with a sound like the crashing of immense bones. I cannot give you an idea of it ! All was wild hurry on the deck, tho’ every order was promptly obeyed. As the Captain passed me, I grasped his hand saying, “I feel for you”. He answered wildly: ” I have done this, I only am to blame”.

Catherine Man to her brother on the death of his daughter.

I have thus endeavoured, my dearest James and Eliza, to give you every particular connected with your sad bereavement; and this is the fourth time I have detailed them. How my heart bleeds for her dear Parents! When I determined upon my passage for India, I was solely induced by the desire of engaging Mr. Lascelles’s protection, who proposed it to me in the kindest manner. I had not the most remote idea of undertaking any responsibility, and feel my error in permitting the opportunity you had previously assayed for my voyage to pass over. I was decidedly wrong in consenting to share a Cabin with others, yet I cannot lament that it led to my attendance on the dear creature we have lost, which seemed naturally to devolve upon me thro’ my dr. James’s union with her sister. You will feel for me, but you can have no idea of the amount of suffering I have endured through the whole of this most protracted, most wretched voyage. Captain Snell offered Sarah and me a separate Cabin, which I would gladly have accepted had we agreed to any terms; as it was I did not chuse to owe him the obligation. He also offered me the use of his own Cabin for some days after her death, but I would, not for a moment seem to yield my sense of his improper conduct towards our friends the Lascelles; he however persisted in visiting me daily, and assured me that I was entirely mistaken in ascribing any part of his conduct as directed against myself, tho’ I had so unaccountably persisted in identifying myself with the others! All this we can talk over when we meet. At the moment when Eternity seemed to open before us, forgiveness was mutually exchanged, by all parties. Therefore I must consider any allusion to the past events with a feeling of recrimination and acrimony, as highly culpable God knows – when the first crash of our vessel against the Rooks struck to my heart like the summons to meet my God, I uttered a prayer for pardon that such sentiments had ever possessed my mind. Ah, how often does the disciple of the meek and lowly Jesus forget whom he has to take up his cross and follow. Mr L. persisted in leaving his own Cabin for several nights, that I might share it with his wife and sister and on many occasions they have been most kind. Indeed the remembrance of all we have suffered together, I think, cannot soon be obliterated. I intended to continue in the same boarding house with them during our stay at the Cape, but two days after our arrival I was surprised by an invitation from Lady Frances Cole to reside at the Government House. I found that Captain Story has named me to her, which led, to this, but I felt most reluctant to avail myself of it, tho’ Mr. Lascelles strongly urged me to accept it. I called on Lady Frances to express my thanks and apologies, but the extreme and feeling kindness of her manner led me to change my intention, and as the family were then in the country, and she assured me I should be undisturbed in my own appartments, I felt that change would be desirable from a public boarding-house, in my then very depressed state of spirits. She then named that a Miss Lightfoot had been recommended to her protection and inquired if I would admit her to share my accommodation, which of course I readily acceded to. This poor girl was most unpleasantly situated, having no connection with Mr. Lascelle’s Party. I have now been here ten days, and see Lady Francis or her sister Lady Catherine Bell every morning, who kindly aid me in every facility for refitting on the cheapest terms, by recommendation to their own People, a most essential kindness in a place so extravagant as the Cape, and I have been able to renew! My nerves are so much shaken that I almost sicken at the prospect of renewing the Voyage, much as I desire to shorten the period of our separation. I have however secured a Cabin on Board the William Glen Anderson which Mr. L. has taken up and chartered and we expect to sail in about two weeks.

How does this place renew juvenile recollections, when children, we, my dear James, have together been over these very mountains chasing grasshoppers and the many beautiful insects which abound here. I perfectly remember standing to look at the fountain before the Government House, which I now inhabit with such very different feelings. Scenes like those I have passed thro make us egotists, and I suspect this would be strongly manifested could we attend to the narrative of each actor in the late eventful scenes.

Farewell my friends – may the God of all consolation comfort and bless you.