The Shenfield family connects with the Man family on the marriage of Elaine Victoria Lowis to Jack Shenfield  7 February 1923. Elaine was the daughter of Josselyn Sarah Man and Cecil Champain Lowis. Jack was the son of Harry and Isabella (Grimshaw) Shenfield.

James Adam in his recollections describes the Shenfields thus: Harry Shenfield, who kept a store and the post office at Barden. He had a wife and six children, a boy Jack who years later married Elaine Lowis. When we first knew the Shenfields they lived very miserably over the store, but later built and lived in a nice house in Bowden and after some years bought the Nicholson place from Chris Leigh who had bought it from the Nicholsens. Mr. & Mrs. Shenfield are still living there. All the children except Jean, who is a nurse in Vancouver, are married. Mrs. Shenfield was a widow when she married Harry was a lady born and was supposed to have married beneath her. 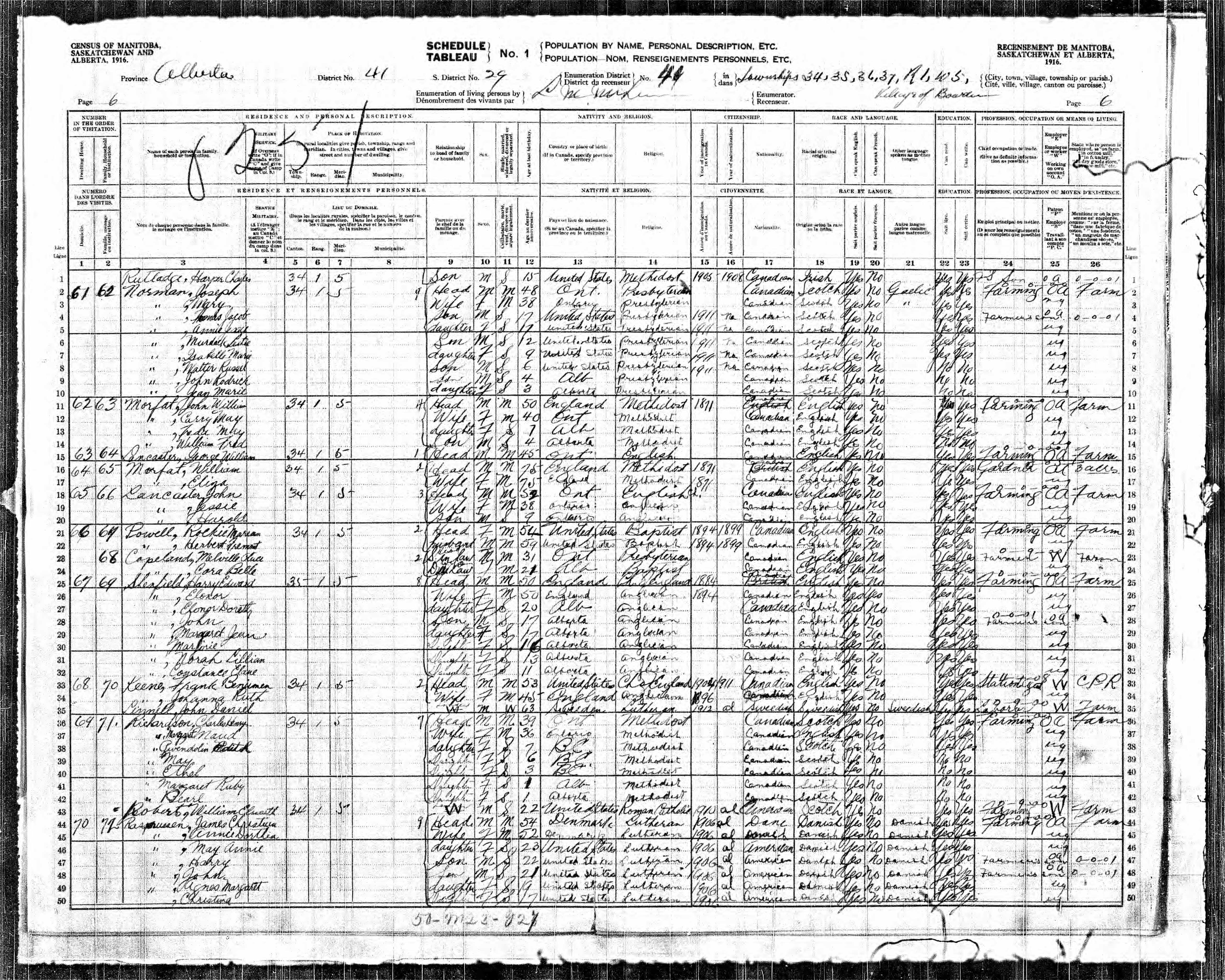 The Shenfield Family on the 1916 Census

With regard to Jack Shenfield’s mother, Eleanor Grimshaw, the Grimshaw Family website has information on her family HERE. Below is extracted from that web site

John Grimshaw, descendant of Nicholas and Anne Grimshaw (of Oakenshaw) in the Pendle Forest Line, was Captain in the 5th Royal Lancashire Militia and J.P for Westmorland. John and his wife, Mary Jane Hutton, are shown in the 9th generation of the Pendle Forest descendant chart. Their oldest daughter, Eleanor, was the ancestor of important family lines in Canada. Eleanor emigrated to New Mexico, where she married George Charles Dixon (whom she had met in England). The couple then migrated to Washington, where their one child was born, and then to Canada, where they had a homestead. After Dixon’s death, Eleanor remarried, to Harry Shenfield, in Canada. This couple had eight children.