Ivy Gertrude Reis was born in 1881 at Birkenhead, the daughter of Arthur Montagu and Lillian (Samuel) Reis. She married Dr. Henry Charles Samuel in 1904 at Kensington, London. 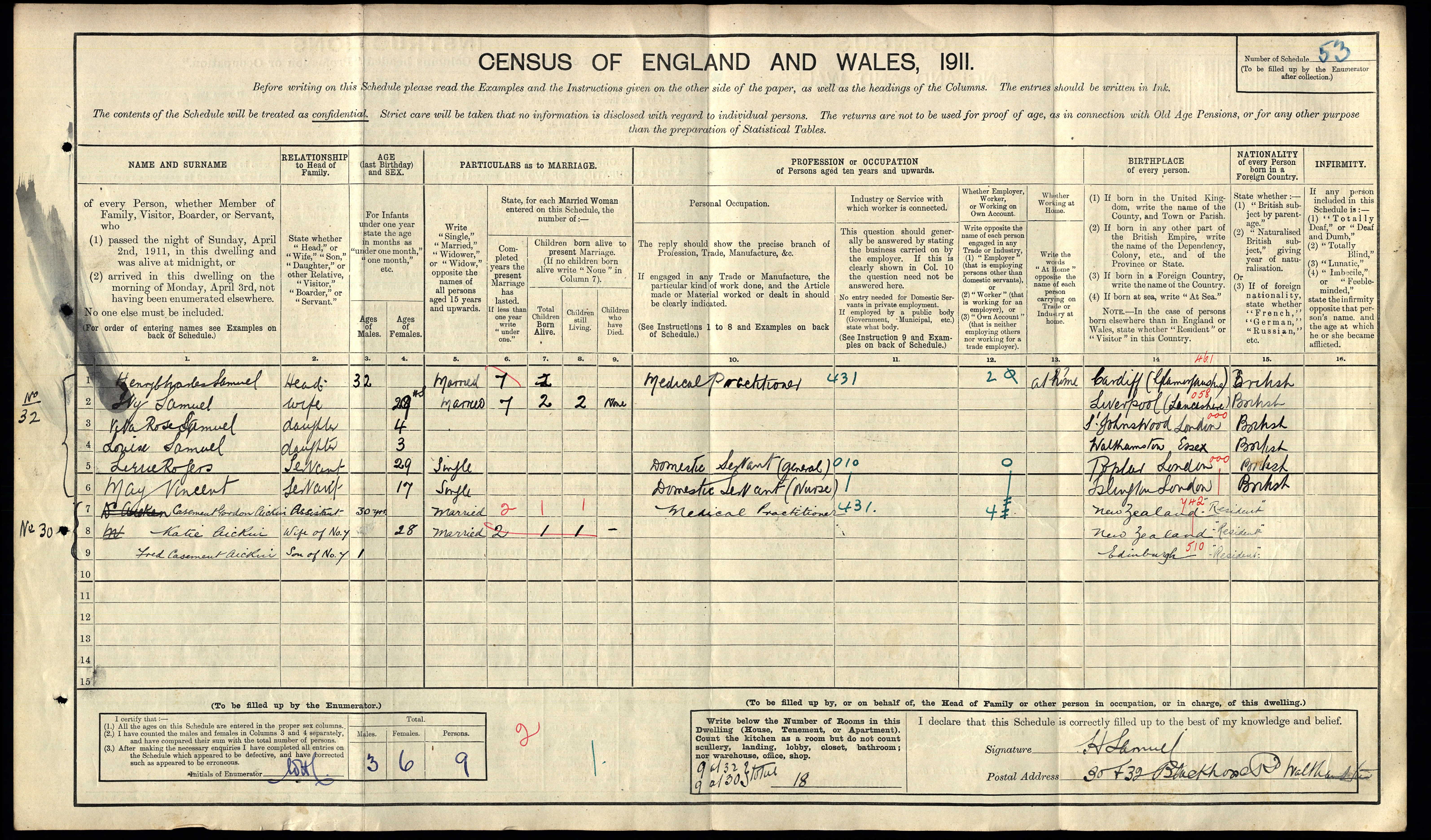 Henry Charles and Ivy Gertrude Samuel and family on 1911 census

Louise Joy (Lulu) Samuel, the daughter of Henry Charles and Ivy Gertrude (Reis) Samuel was born in 1908. She married in 1933 the film director Raymond Egerton Harry Watt. They had one son: Christopher Harry Anderson.

Some notes on Harry: He worked in the 1930’s with the EMB GPO film unit, directing several of their most celebrated films (Night Mail, 1936). Wartime documentaries (Target for Tonight, 1941), then to Ealing as director; after the war, his five Ealing films were all shot in Africa or Australia. Went to TV briefly in the 1950’s; later, returned to documentary.

His other movies included Where No Vultures Fly ? as well as: