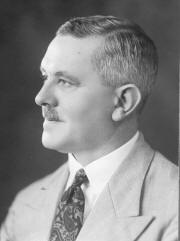 They were raised in the Jewish faith and could read Hebrew, but after their father left their mother for another woman, most appear to have abandoned their faith and some adopted that of the majority population, i.e. they became Presbyterian. 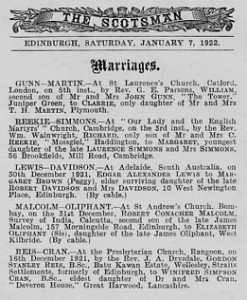 Gordon died as a civilian prisoner of war on 2 November 1944 at Muntok on Bangka Island off Sumatra, Indonesia.  His civilian internment diary can be read HERE (<– PDF over 70 pages).

Winifred Cran was born on 3 September 1898 in Blackburn, Lancaster, the daughter of Alexander and Anne (Bennet) Cran. She died on 7 July 1983 in Durban, Natal, South Africa. 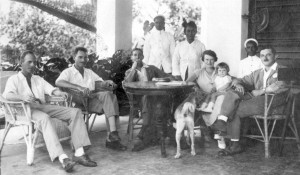 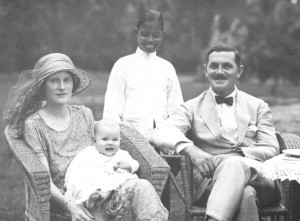 He spent one year at Munich (possibly Heidelberg) University studying forestry and he then joined, before World War One, Harrison Crossfields in Sumatra where he ran one of their estates. He remained there throughout World War One.

Gordon Reis met his future wife, Winifred Cran, when he returned to Edinburgh from Sumatra after WWI. They both had studied Agriculture at Edinburgh under Professor Robert Wallace through whom they met when he invited them both to Tea one day.

It would appear that they soon after got engaged but Gordon returned to the Far East almost immediately. Winifred then completed her studies at Edinburgh becoming the first woman in Scotland to be awarded a degree in Agriculture. As soon as she graduated she left Scotland, unaccompanied, arriving in Burma in 1921 and marrying Gordon Reis in Rangoon. A year later their daughter was born.

On the back of this photo of Gordon Reis and his wife Winifred is written “December 26th, 5.15 PM. Tea! all the dogs glad to see us back. They evidently didn’t realise their photos were being taken. Sorry.” I guess this picture was taken in the late 1930’s. 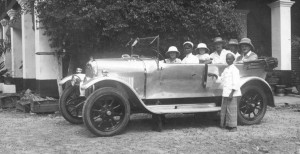 Winifred is seated in the front. Gordon is in the back seat nearest.

From about 1921 to 1939 Gordon and Winifred lived most of the time on a rubber estate called Batu Kawan on an island of the same name, just off Penang.

The plantation was owned by a French company known as SOCFIN, or ‘Societe Financiere des Caoutchoucs’. Gordon also co-owned, with Thomas Menzies, an estate called Sungei Wei in Selangor state just outside Kuala Lumpur on the Malay peninsular. 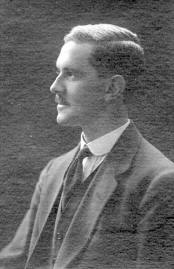 In 1939 Gordon Reis fell gravely ill suffering from a gangrenous appendix leading to septicemia followed by pneumonia, a coronary thrombosis and a pulmonary embolism. He spent months in Penang General Hospital after which he took six months leave and in 1940 traveled to New Zealand and Australia with his wife and daughter. In Sydney, they left their daughter behind where she boarded in a hostel for single young ladies and began to train as a beautician:

her parents having insisted that it was now time for her to begin a career for herself. They returned to Singapore where Gordon Reis joined Cable and Wireless. However, the Japanese were already preparing to invade Malaya and realizing that war was imminent Allwynne returned to Singapore in December 1941.

The story is taken up in Gordon Reis’s own diary which he kept after the fall of Singapore and which can be read HERE (<– PDF). This is supposedly the only surviving diary kept by a British male civilian prisoner of the Japanese. His death was from beri beri as a result of malnutrition brought about at the hands of the Japanese. His burial site among the Commonwealth war graves (below). A letter sent after the war from John Drysdale, who cared for Gordon in Muntok prison, to Gordon’s brother Harold can be read HERE. Included are a couple of letters between Drysdale and Gordon’s daughter. Gordon is memorialized HERE. 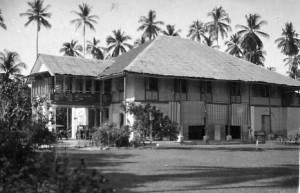 POSTSCRIPT
Below is a description of a latter day visit (2011) to Muntok prison undertaken by Colin Campbell’s granddaughter, Judy Balcombe. Colin was a fellow prisoner and his grave, just in front of Gordon’s, is shown below. 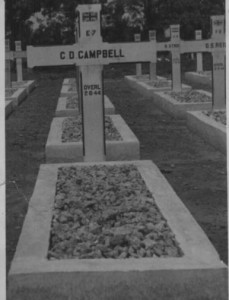 Judy writes: I returned home from the trip to Palembang and Muntok on Friday. Anthony Pratt and I had a busy and productive time. In Palembang, we were helped by a local guide who showed us the Palembang jail and the exact site of the Men’s and Women’s camps (now housing). It was possible to locate these sites by comparing an old map with a modern street map. The shape of the streets was still the same, allowing the camp locations to be identified. 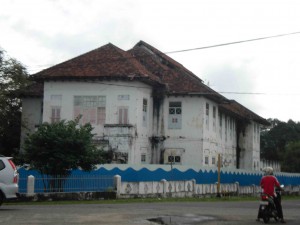 In Muntok, we stayed as guests of a local company. The Manager and friends were extremely kind and helpful to us, which helped to compensate for the sad purpose of the journey. We visited the petrol station where we believe the men were buried, on the edge of an old local cemetery which has also extended into housing.

Muntok jail in 2011 where Gordon Reis, Colin Campbell, and other civilians were held prisoner by the Japanese

There were also some very old grave stones in the gardens of the houses, from 1881 and before. We met with several older residents who verified that our style of graves were here. One man described playing there as a little boy and he indicated the margins of the cemetery.

The Tinwinning building opposite the Muntok jail Muntok jail in 2011 where Gordon Reis, Colin Campbell, and other civilians were held prisoner by the Japanese

The petrol station was built in 1981 and the remains of 25 people found there during its construction were moved to a single grave in the Catholic cemetery at Kampong Menjelang. Someone has built a grave and placed an engraved headstone commemorating these British people who died during the War. The petrol station owner has now died but it is a very kind act that the headstone was engraved and placed there.

This grave is definitely that of civilians as the residents remember the Dutch military and civilian and British military graves being exhumed in the early 1960’s. At that time, remains were placed in bags with metal name plates and were moved to Bandung cemetery in Java.

The local Christian graveyard. Behind the wall is the petrol station and the original civilians’ graveyard

We have seen the letters that Shelagh Lea, nee Brown, a camp survivor whose Mother died in the camp, wrote to the Commonwealth War Graves Commission, now held in the National Archives in Kew, London. Mrs Lea wrote repeatedly between 1948 – 1968, asking for the graves at Muntok to be maintained or to be made into a memorial. Eventually in 1968, the CWGC concluded it had no responsibility for civilian graves, that any project would be too expensive and would need to be funded locally or by Mrs Lea herself. She was married to a church minister and so did not have the funds to do this.

A new cafe has just been built behind the petrol station and the land behind this is about to have a house built on it. I have asked to be informed if any remains are found there. We visited the jail where our families were housed and died. The building and rooms were very much as described in William McDougall’s book, ‘By Eastern Windows’. Today, the prisoners seem well cared – for today, with a good diet, work training and sports tournaments.

We were taken to meet some very old residents in Muntok. One lady still had a small ring given to her by an Australian nurse in return for food, before she was interned. We also saw a huge rock formation where several hundred residents hid from the Japanese.

The town is still largely unspoilt, a ‘heritage town’ and I was surprised to know the residents have a strong interest in local history, especially from World War 2. A tender has gone out for architects to construct a museum in the Tinwinning building, next to the jail. This will cover the history of Bangka Island, back to the 1600’s, then when the British came in 1812. It was later handed to the Dutch and of course there are the events of the Second World War.

Below is Muntok prison in 1931. Reis and Campbell were housed in the prison complex in the lower left corner. 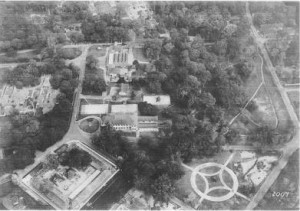 Despite the sadness of our visit, the town has a warm and caring feeling, with everyone so kind and helpful and trying to assist us. It was a consolation to know that our families have their resting place in this concerned and friendly town.

The 55 men and 33 women who died in the Muntok internment camp, were buried at a nearby cemetery. For more details read Judy Balcombe’s letter HERE and a further one HERE. 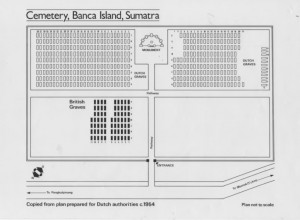 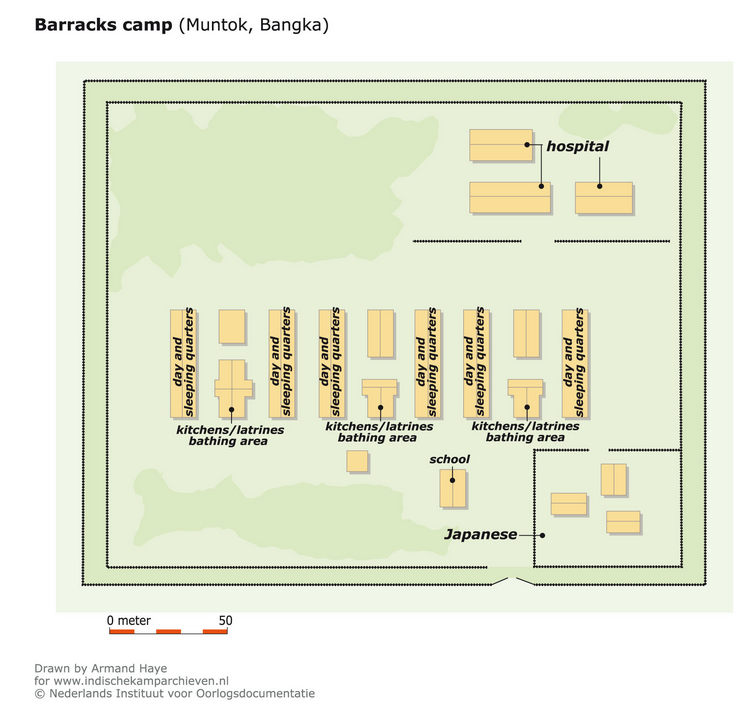 The Eighty-eight British and Australian Civilian Internees who died in Muntok Camps are listed below: 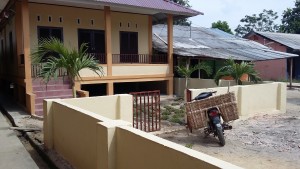 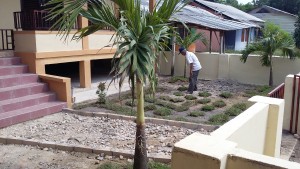 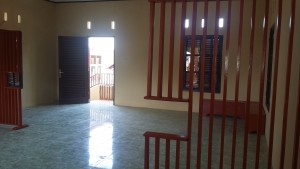