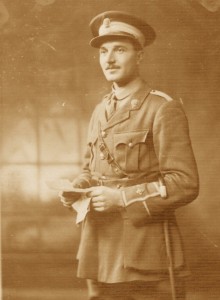 The following is a translation from English into Spanish and then back into English of a reference provided for Cyril by his Edinburgh University professor Robert Wallace. To read the original Spanish language version click here.

(Telegraphic address: Wallace, University, Edinburgh). Department of Agriculture. University of Edinburgh, thirteenth of June, Nineteen twenty-two. I certify that Mr. Cyril H. S. Reis was an outstanding student in the Department of Agriculture of this university. After having completed his studies over four years with much success, he was awarded the diploma from the College of Agriculture of Edinburgh and Eastern Scotland. He acquired a complete knowledge of the practical side of rural labor in the best way possible, by taking part in all the work carried out during the different seasons in many of the best administered rural establishments in the counties of Encardine, Forfra, Aberdeen and Selkirk. Mr. Reis was an outstanding personality much admired by his peers, and exerted a powerful and especially positive influence within the department in my charge. He was elected in succession to various posts in the Agricultural Society of the University, and was president during the most prosperous year that the society has had in its fifty years of existence. Subsequently, he has had a very prosperous career in the Republic of Argentina. In February of Nineteen eleven, he obtained employment in the Santa Fe Land Company, a company that was later acquired by the Compaia Forestal de Tierras. American Lloyd later purchased the most important landholdings of the latter company. The fact that these different companies maintained his employ and named him successively to various important posts is proof of Mr. Reis’ competence. He has particularly ample experience in what is referred to as the handling and sale of cattle to the Frigorifics. Early in nineteen-sixteen, he submitted his resignation in order to go to war at the rank of officer, lending his services to the Lothian and Border Horse regiments. Upon returning to Argentinean Republic in March of Nineteen nineteen, he was named steward of an estate three leagues in size in the province of Cordoba; recently he left that post, after the estate was sold. Mr. Reis’ administrative experience has been has been ample and prosperous. I can recommend him with utmost confidence as a most competent person, and I hope that his attempts to obtain another post be crowned with much success. 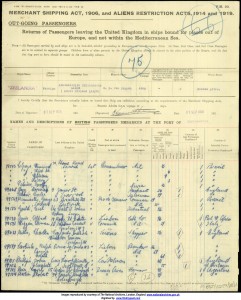