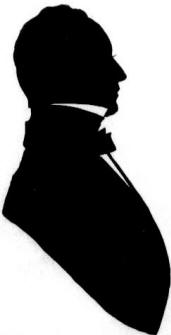 Stephan Samuel Schwabe was born in 1803, the son of Sampson Benjamin Schwabe.

He married Eliza Sykes on 18 February 1833 at Manchester.

Note that three of the above (Frederica, Lawrence, and Edward) married an Ermen and these relationships can be found on the Ermen Family page.

Like his brother Louis, Stephan was an inventor and he patented a process of making sulphate of soda: 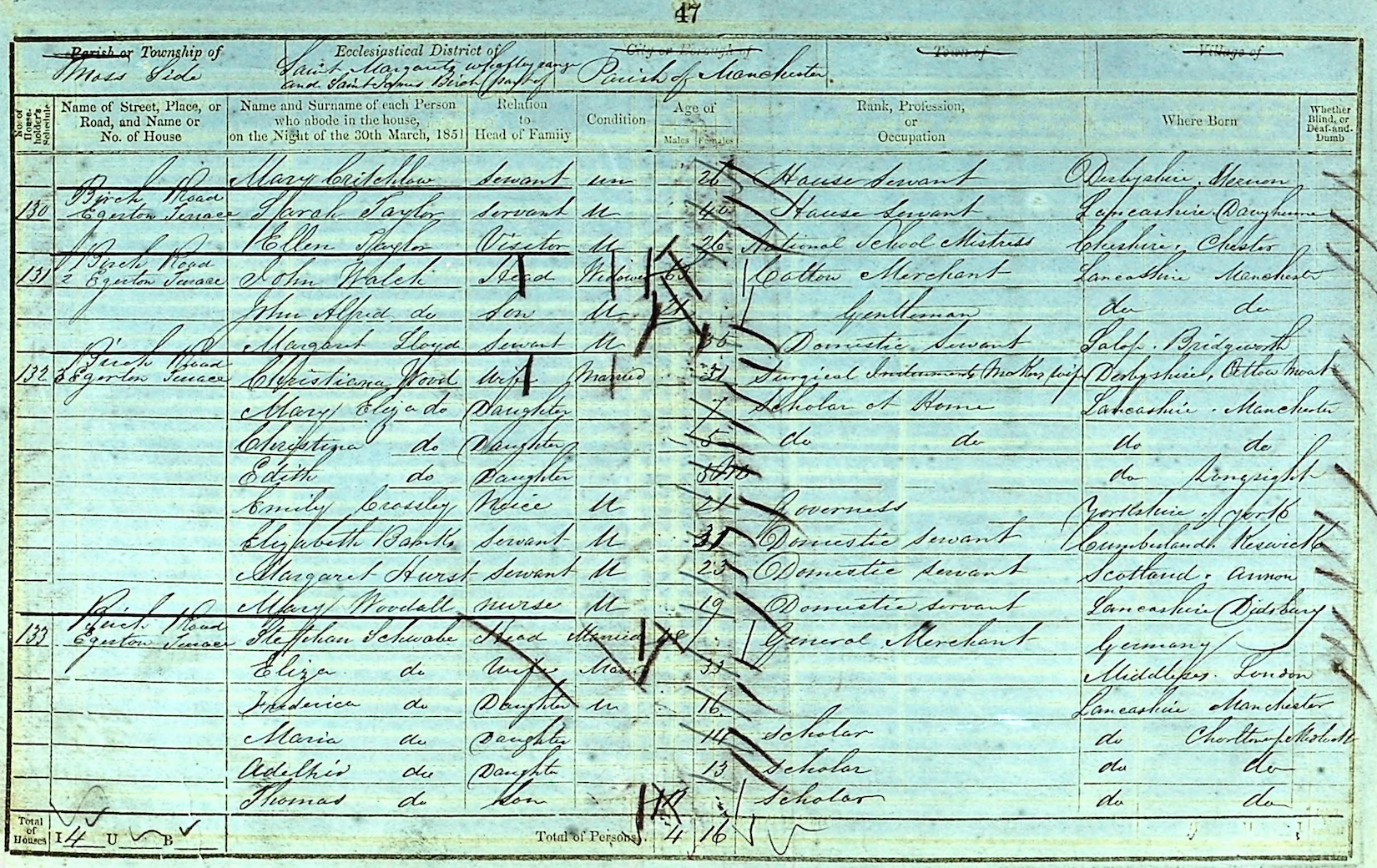 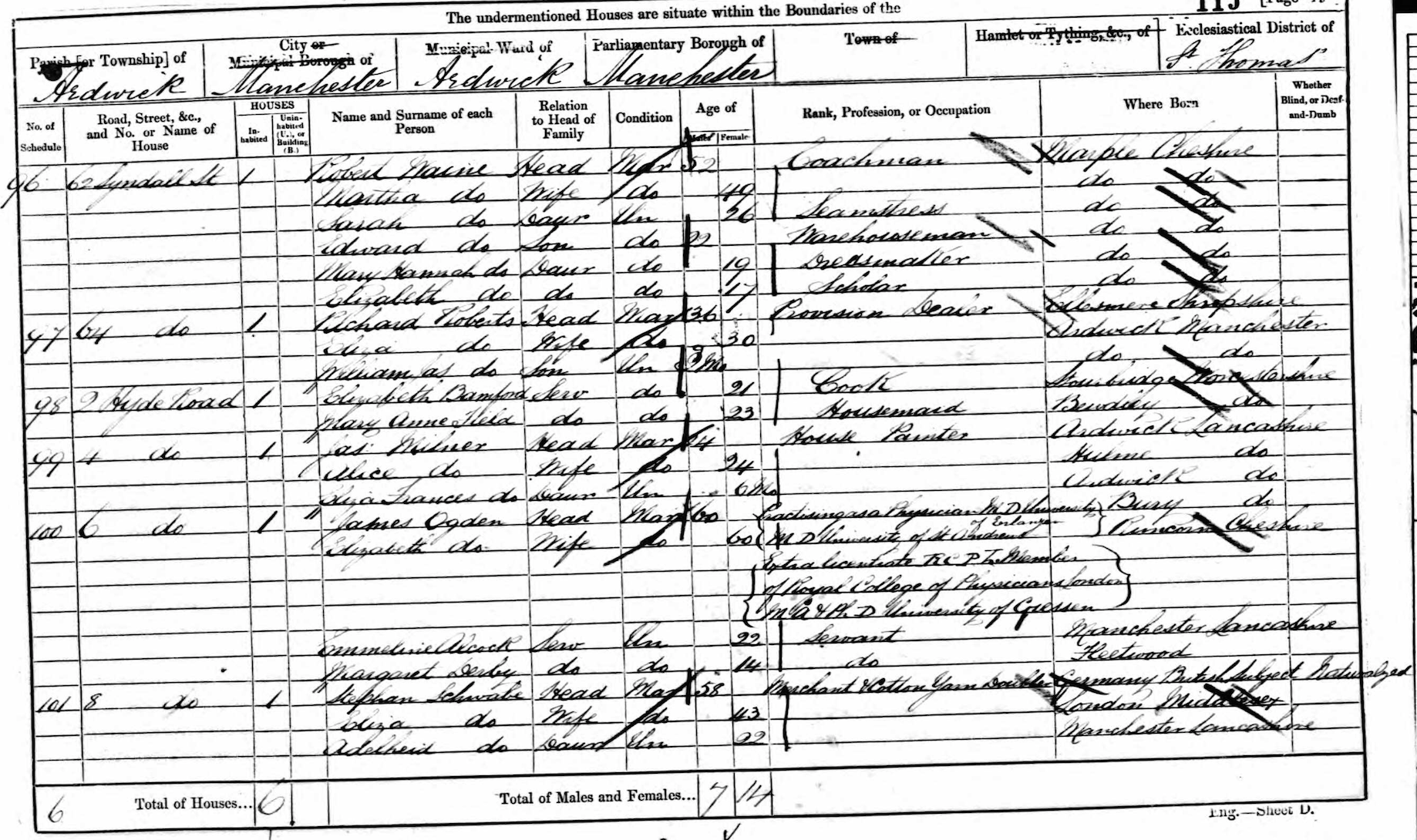 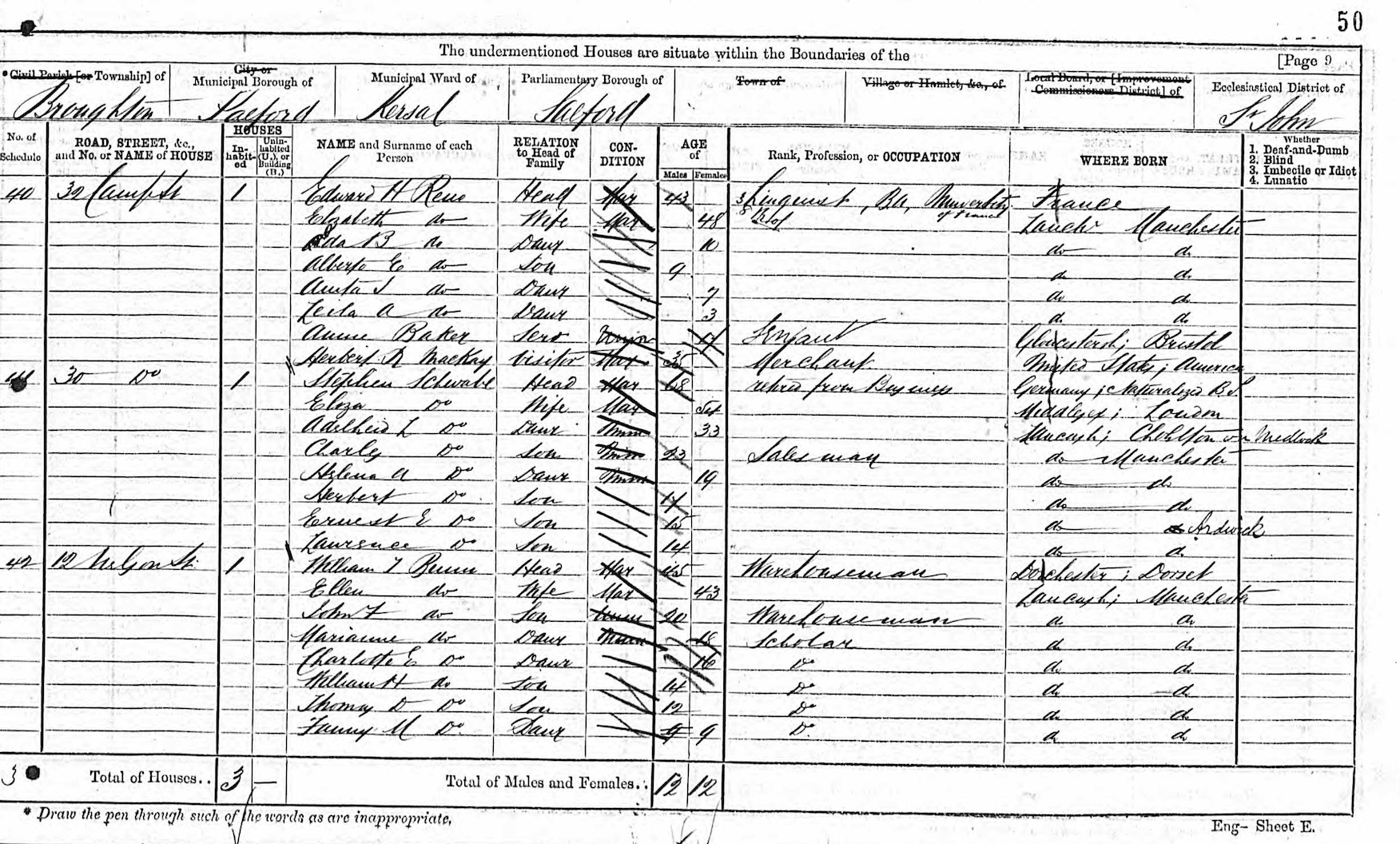 Stephan died on 26 February 1878 at Tudor Place, Broughton and was buried on 2 March  at Ardwick Cemetery, Manchester. The family grave is recorded as No,1622 . 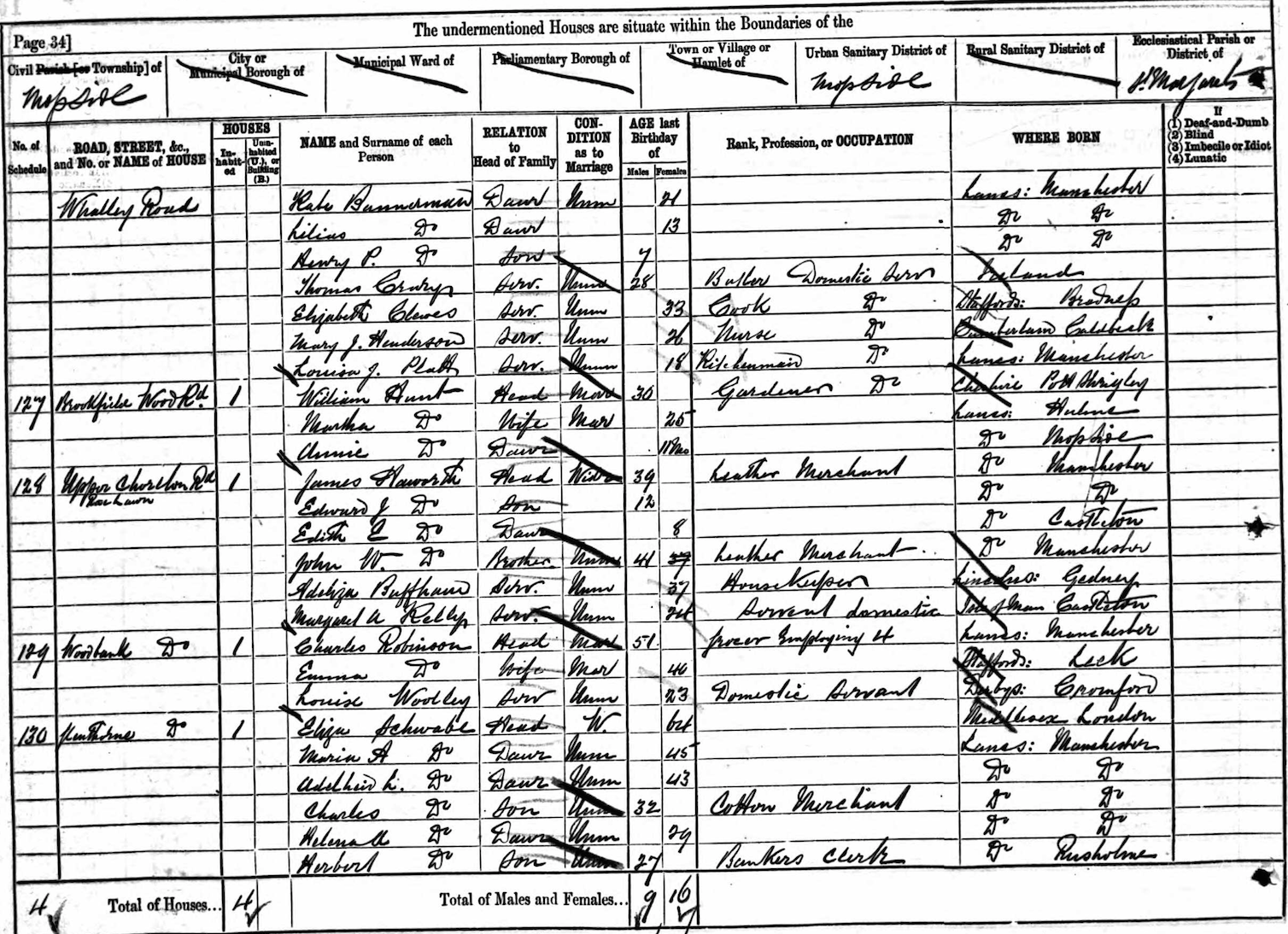 Now without their mother, the remnants of the family can be found on the 1891 census: 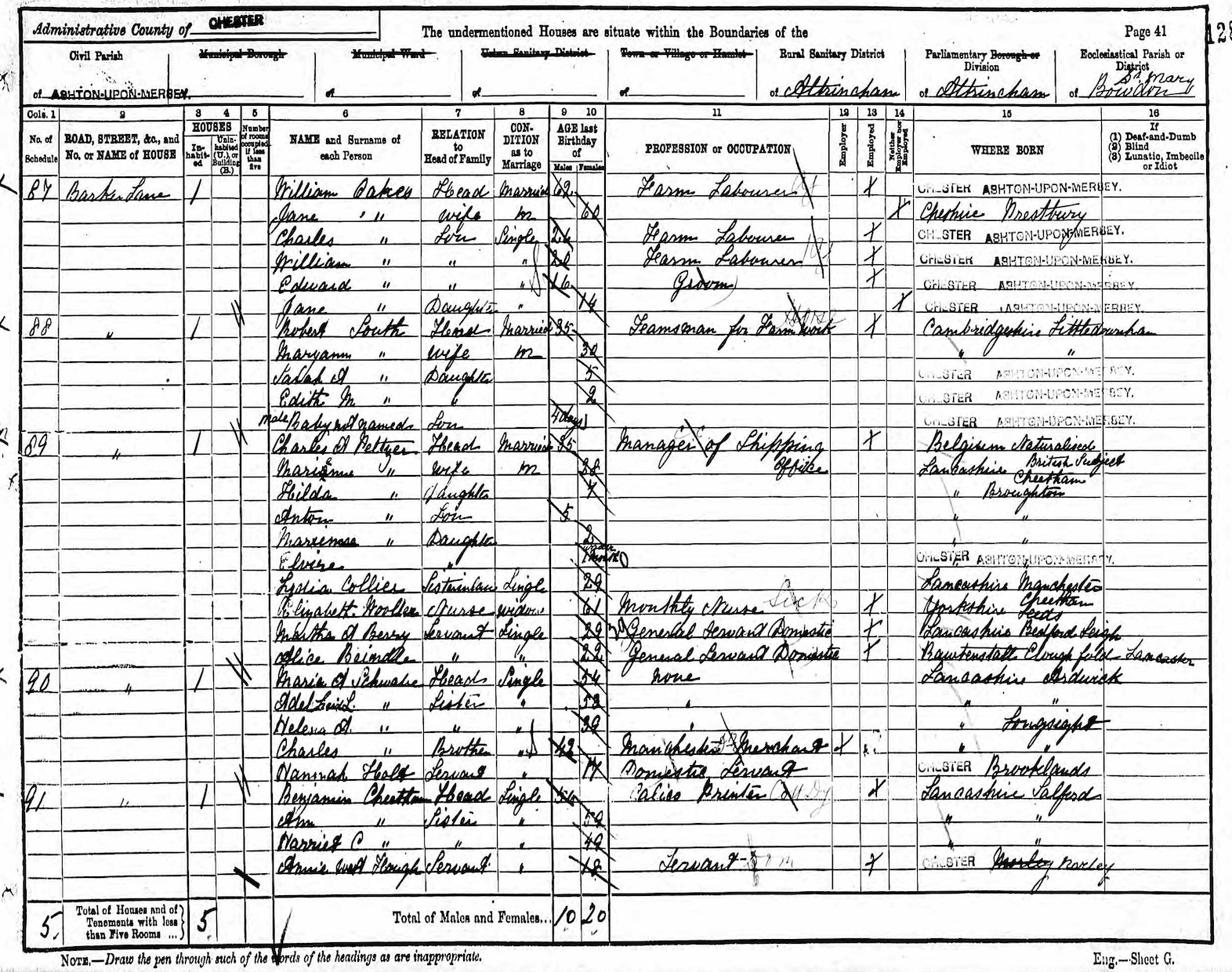 Four of the above ‘children’ appear on the 1901 census as resident together at Ashton-upon-Mersey in the county of Chester. They are all single and are: Maria (aged 64), Adelheid (aged 63), Charles (aged 52), and Helena (aged 49). 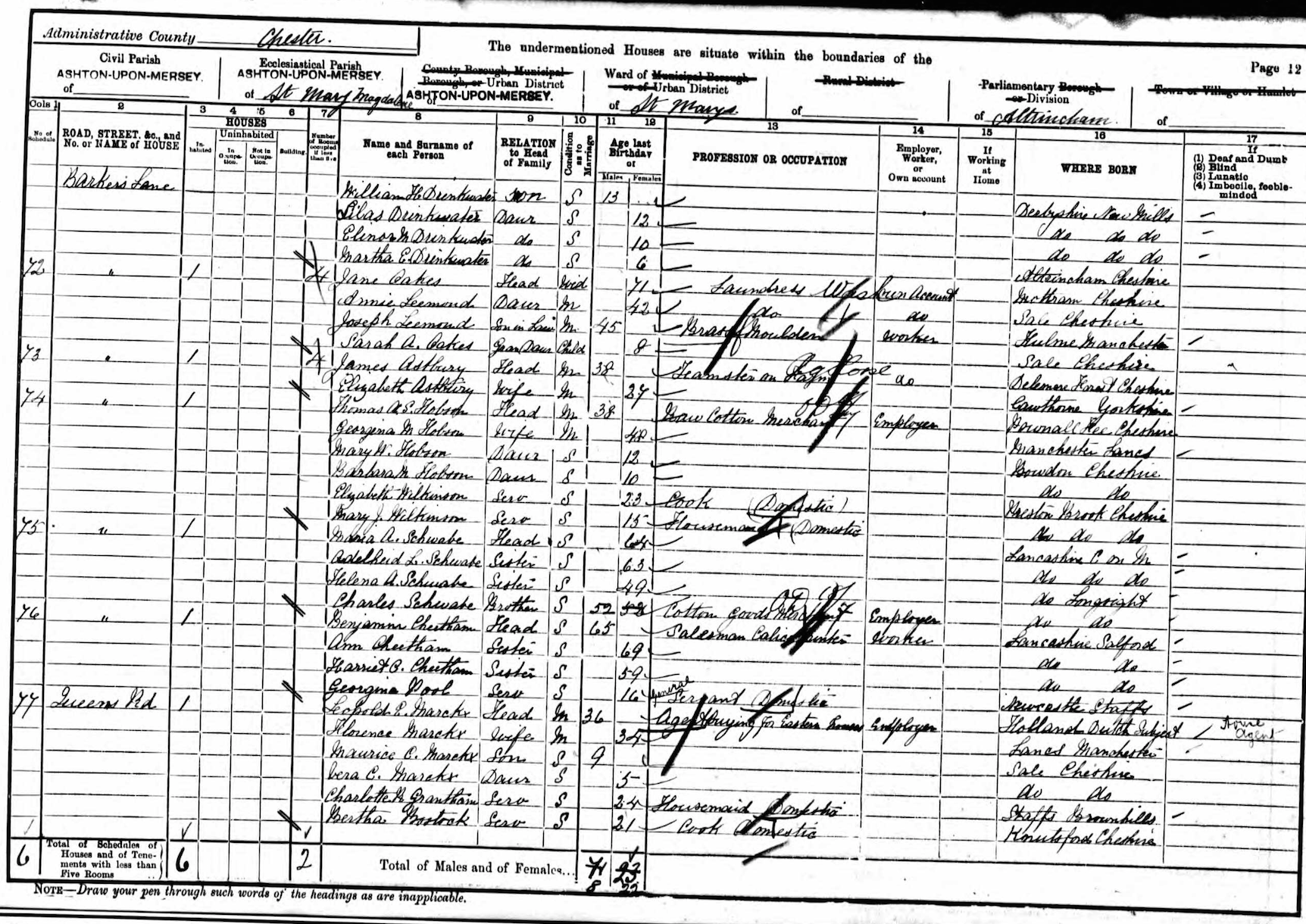 By the time 1911 rolls around just three ‘children’ are left: Adelheid, Helena and Charles, along with a niece Clara Ethel Miyadara Schwabe, the daughter of Robert Schwabe and his Japanese wife. 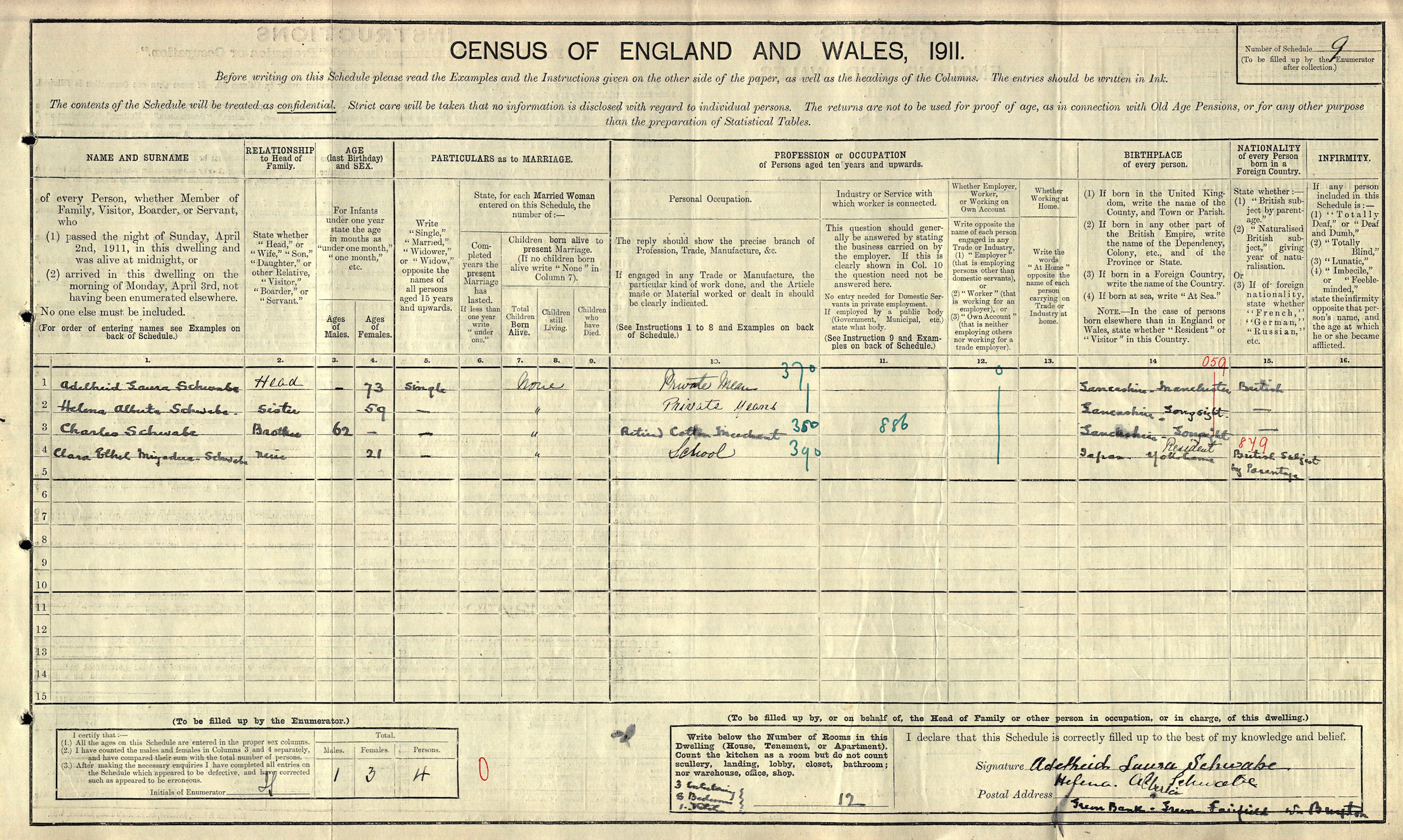 Thomas was born on 22 October 1839. His baptism at Manchester Cathedral is below:

Thomas appears not to have married. His death notice appeared in a local Australian newspaper as well as the Manchester Courier as indicated below:

A patent application of Thomas’s

Maria Amelia died on 7 February 1909. Her death notice appeared in the Manchester Guardian:

Her probate record is below: