Vera May Schwabe was born on 28 September 1896, the daughter of Louis Gustave Schwabe and Evelyn May. She married (1) Arthur Edward Frances Wood on 10 July 1923 at Holy Trinity Church, Sloane-street. They were divorced in 1928. 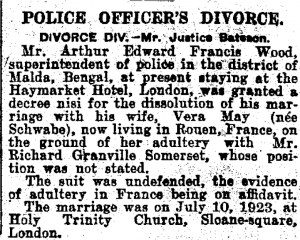 NOTES: Her first husband was the superintendent of police in Malda, Bengal, India. She must have gone to India with her husband because as a family tale has her ‘disappearing to the East’. She was supposed to have been a very gifted piano player and composed pieces of music for the piano, some of which are listed below: 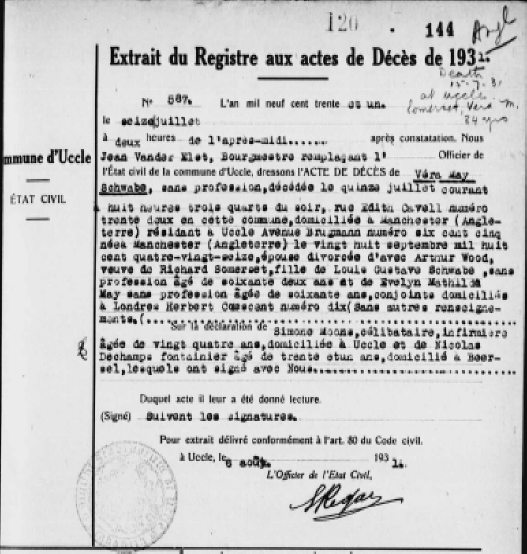