Clifford Schwabe was born in 1874, the son of Louis and Blanche (Hartwright) Schwabe. He married May Littledale on 12 August 1913 at St. John’s, Chester. Below, the engagement announcement dated 18 July 1913:

Below, the marriage announcement dated 21 August 1913:

The children of Clifford and May (Littledale) Schwabe are:

Clifford appears on the 1901 census. 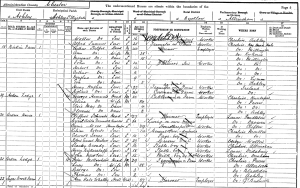 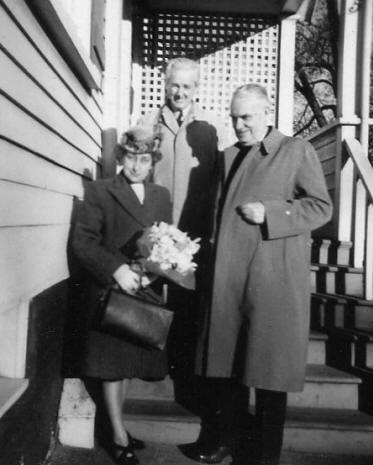 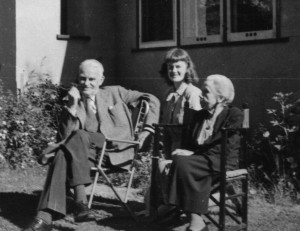 At the Harland and Wolff archives in the Belfast Public Record Office there is a record of apprentices which includes an entry for Clifford Schwabe starting as a gentleman apprentice on Monday 23rd June1890. Clifford would have been 16 years old.

MAUD SCHWABE and THE LEGARD FAMILY.

The engagement is announced in May 1946.

Antony Ronald Legard (17 January 1912 – 22 August 2004), nicknamed Loopy, was an Indian-born English cricketer who played 36 first-class matches, mostly for Oxford University in the 1930s. He also played twice for Free Foresters and had one match each for Worcestershire, the Europeans in India and MCC.

Legard made his first-class debut for Oxford against Leicestershire at The University Parks in May 1932; he took four wickets, including that of Alan Shipman in both innings.[2] He played consistently that season, including against the South Americans (on their only first-class tour) when he scored 38, the only time he ever passed 20.[3] Later in the year he was selected for the Varsity Match against Cambridge University at Lord’s, where he took six wickets in a drawn match.[4]

Legard played for much of the 1933 season, but was not selected for the Varsity Match, and did not appear at all in 1934.[5] However, 1935 saw him once again picked for the Lord’s game, and once again perform excellently: he obtained career-best figures of 7–36 in the second innings with what his Wisden obituary called a “devastating” opening spell of swing bowling.[5] Even so, a powerful Cambridge side won the game by a wide margin.[6]

That game marked his last appearance for Oxford, but less than a fortnight later he played his one and only County Championship match, appearing for Worcestershire at Northampton. He took no wickets, but his 18 from number eleven in the first innings was a useful contribution to Worcestershire’s eventual 30-run victory.[7]

The remainder of Legard’s first-class career consisted of four matches spread over almost a decade: one for Europeans against Hindus in the Bombay Pentangular — the Europeans were thrashed by an innings and 209 runs, but Legard claimed four wickets[8] — two appearances for Free Foresters against Cambridge University, and finally (aged 40) a one-off appearance for MCC against Ireland in Dublin.[9]