This Loeck family page appears on the Man family web site as a result of the marriage of Harry Morgan Stoe Man to Nora Fanny Mathilda Loeck on 12 July 1909 in Hamburg, Germany.

Nora was the eldest daughter of Otto Loeck and Eleanor Ida May. Eleanor Ida’s father was Thomas May and her mother was Ida Marie Wolff.

Below are some details of the Loeck family and its descendants.

Otto Henning Christian Loeck was born 23 March 1856 in Panker, Germany. He was a twin and the youngest of eight sons of Hermann Franz Ursa Loeck and Anna Margaretha Catharina Brökel. 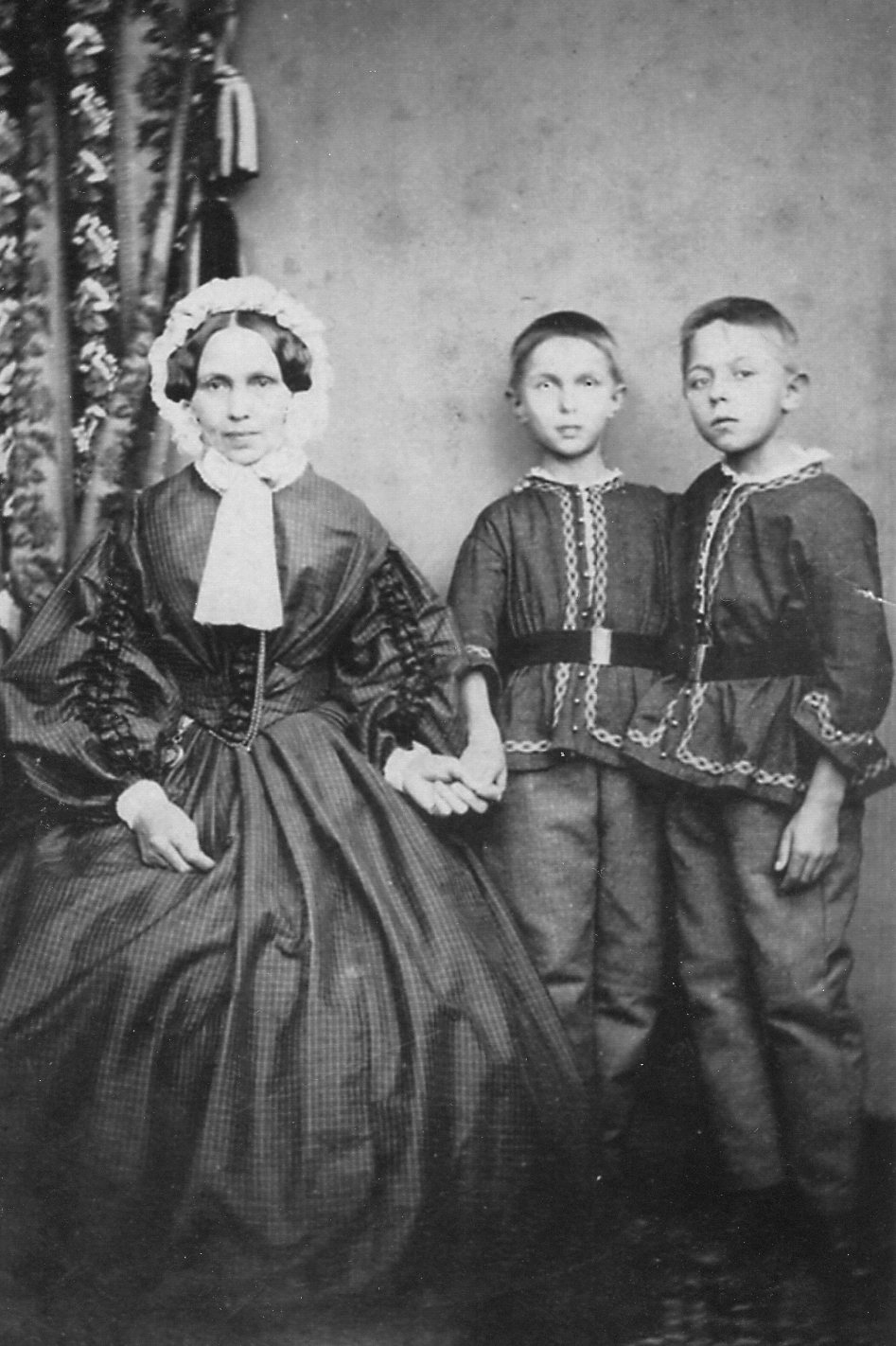 Otto and his mother with his twin 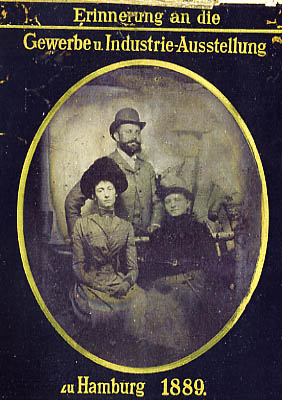 Otto Loeck, his sisters (?), and wife Eleanor Ida May

The Loeck-May family lived most of their lives at No. 22 Agnesstrasse.  Nora’s sister Ida Alice Clara Loeck married Charles Otto Collett and a Collett family page can be viewed HERE. [Below: Harry Man’s in-laws Eleanor May and Otto Loeck.] 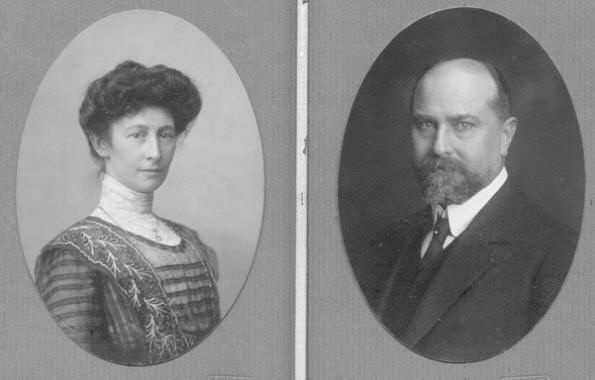 Otto and Eleanor (May) Loeck

Otto Loeck was said to have been ‘dangled on the knee’ of the Czar of Russia when he came to pay the Duke of Hesse a visit. Otto’s father Herman (pictured below) was a forester or estate manager for the Duke of Hesse’s estates in Panker. His mother was Anna Margaretha Catharina Brökel who was born on 7 September 1814 at Todern. Her birth registry in the parish records of Todern is below:

There was also a Loeck family timber business as well as ship brokering business. The “Forsthaus” where Otto’s father lived with his family still exists and is used as a restaurant now. Otto had a twin brother, Richard Christian, who was killed by poachers in the nearby forests. 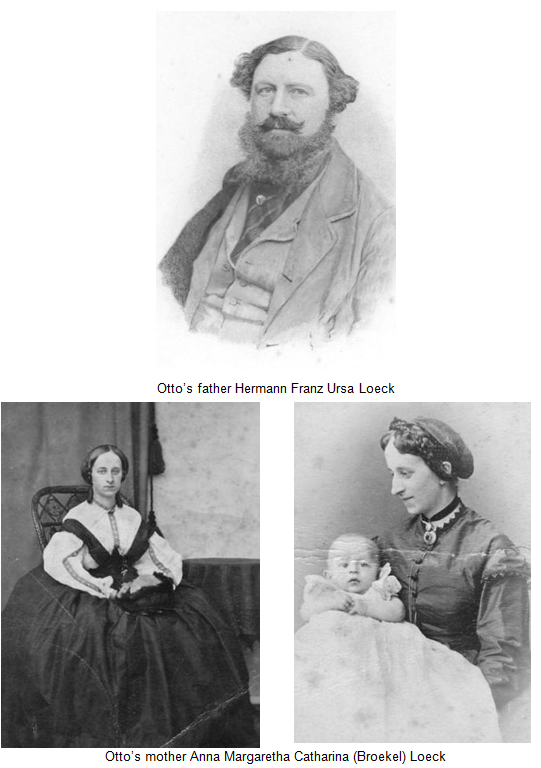 Otto enjoyed gambling and is said to have won the German national lottery twice. The last time he did so he went to Baden Baden to relax and enjoy his winnings and he summoned his three daughters to tell them of his luck. Unfortunately, later on board the train returning to Hamburg he had a heart attack and died. I have a note that he was born on 23 May 1854. He was supposed to have a had a beautiful singing voice. 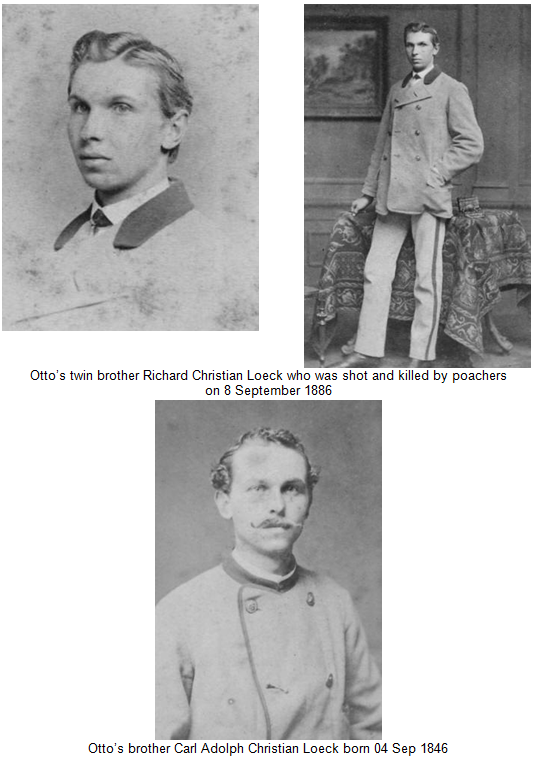 Otto Loeck is buried at Hamburg (see gravestone at the bottom of this page) but his parents and a number of his brothers were buried in the grave yard at Lutjenburg near Panker. A photograph of the headstone of the family grave is below. A transcription of the stone is above and below the picture. Additional information is in [ ]. 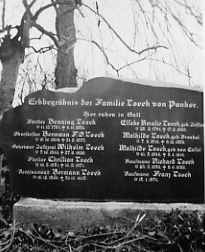 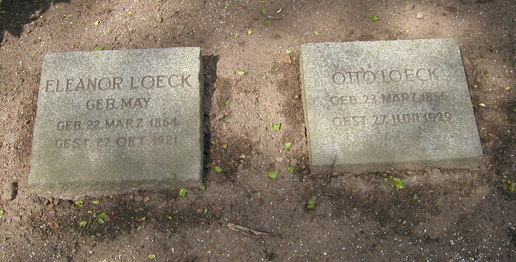 Otto and Elanor (May) Loeck’s grave at Hamburg 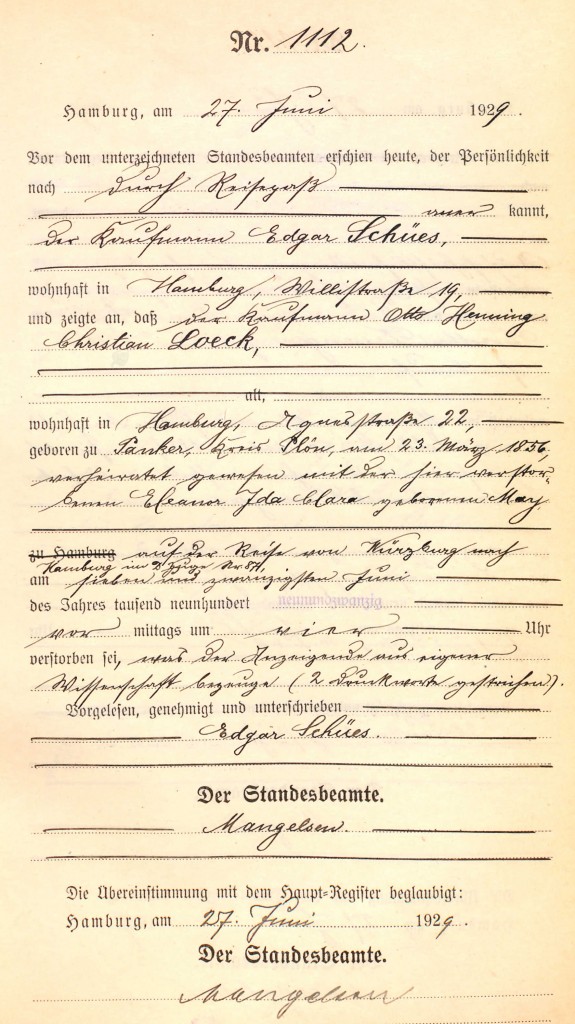 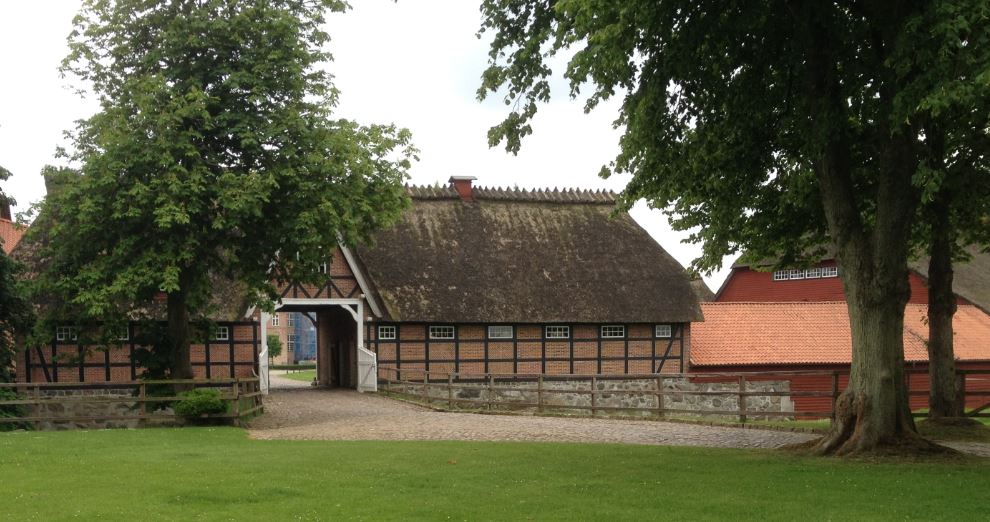 To view a PDF of the Brökel / Broekel family and its connection to the Struve family click HERE.

In the possession of the family are a number of silhouettes which consist of the following persons: 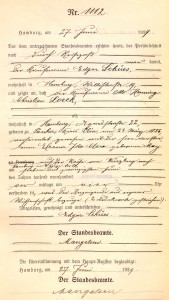 Below are some photos of Panker. The large white house is that of the Duke of Hesse. The red brick building may well have been the “Forester’s” where the Loeck family resided. 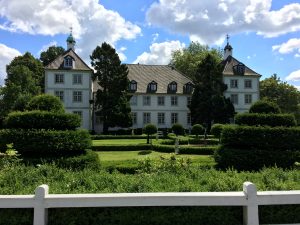 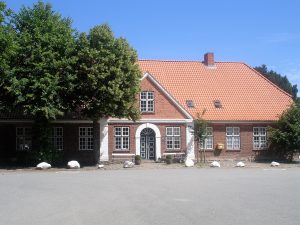 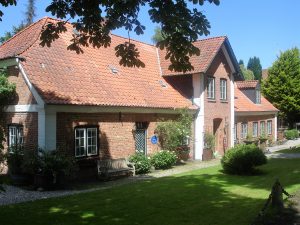