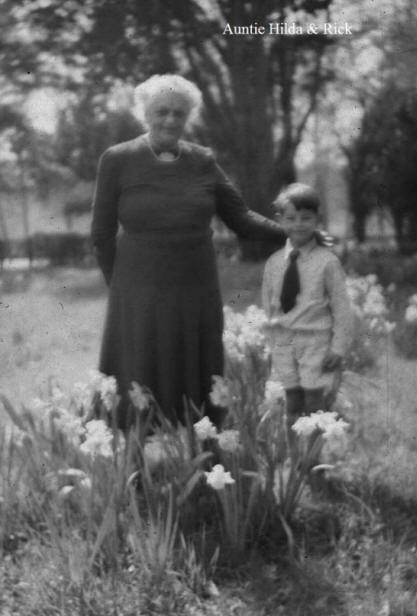 The Lloyd family is found here on the Man family website as a result of the marriage on 20 September 1933, in Dorking, Surrey, between Eleanor Ida Man and John Alexander Lloyd (1908-1986).

Below is the death announcement for Hilda (Walker) Lloyd in The Times for August 20 1970.

Below, some photographs of John Alexander Lloyd (III) who married Eleanor Man. He was a keen car racer and his parents funded the building of a garage – Pippbrook – (shown below). The middle top image shows Clara May standing outside John Lloyd’s house at Hillcrest, Dorking. The lower middle image shows Frank Man (Eleanor’s brother) seated in the front of a car with his maternal first cousin Charles Collet with John Lloyd standing next to the car. Lower right image, Frank Man in his car outside John Lloyd’s garage. 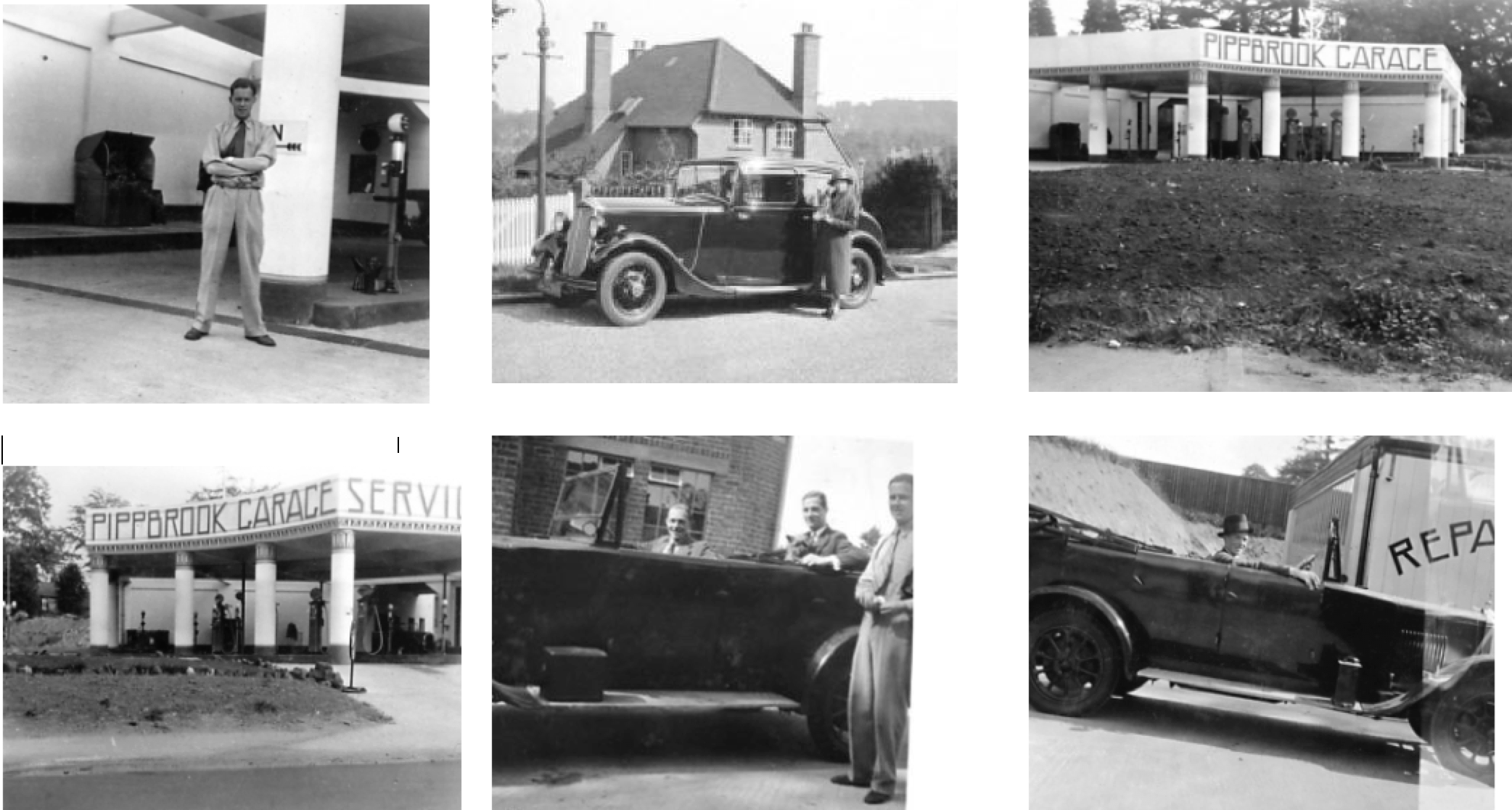 During the 1920’s/30’s (?) the Lloyds lived at Broome Park, Betchworth, Surrey. The following three pdf files contain photographs of Broome Park at the time of the Lloyds. The first file consists of exterior shots of the house and gardens, the second file is of interior shots, and the third file is a combination of files 1 and 2 and is very large. Also, a seventeen page pamphlet produced in 1920 and describing the property can be read here.

In 1933 they sold a part of their property to a developer by the name of L.A. Dibdin who proposed building houses on the land. There were protests against Dibdin’s proposals and The Times of London ran some letters and articles about the controversy. About a month after Dibdin made his development proposals he and his wife were killed in a plane crash. To read about the 1933 Broome Park dust up, including the death of Dibdin click here. 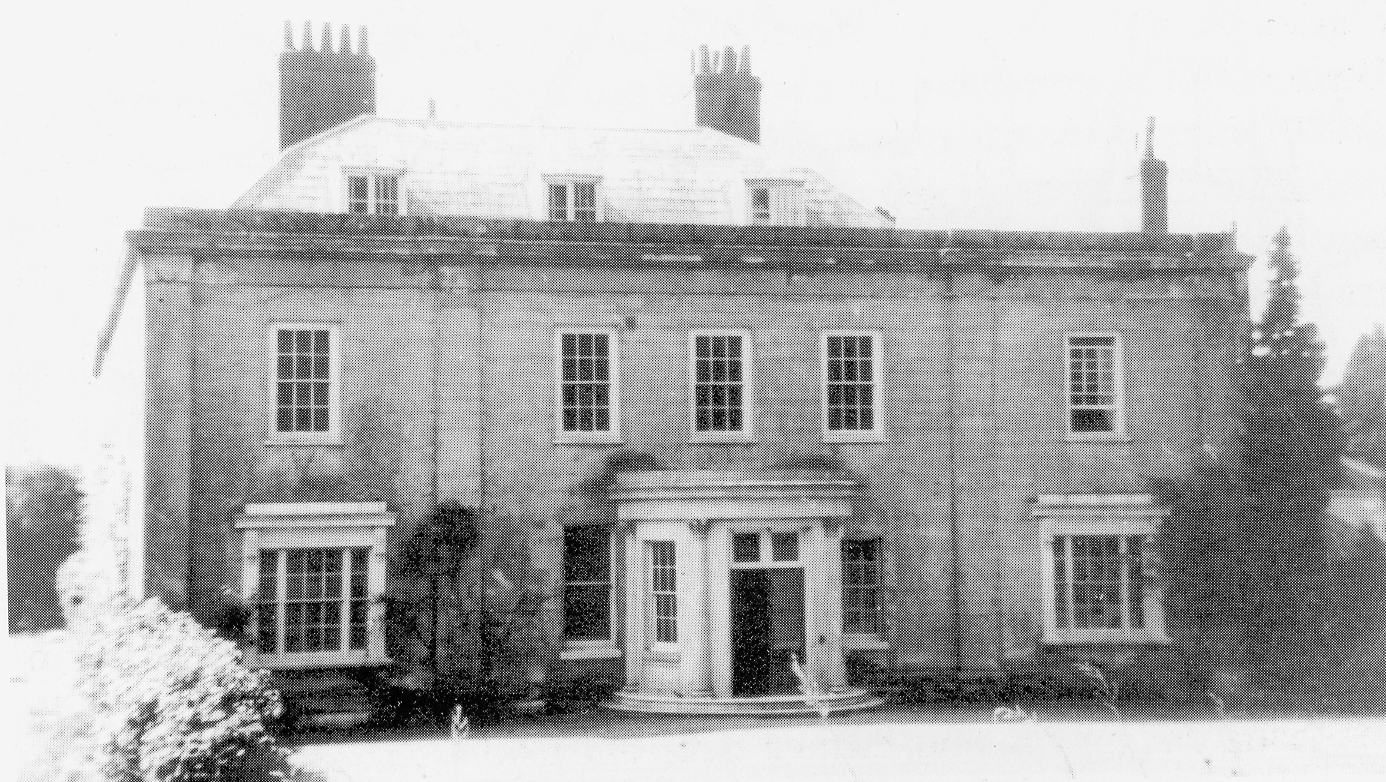 NOTES: Patent granted to John Alexander Lloyd, of Little Bush Lane, in the City of London, Packing Case Manufacturer, for an invention for” Improvements in cases for packing.” Letters Patent sealed.

The Graves of the Lloyds.

JAL I and JAL II. along with their wives, are buried at Saint Michael’s churchyard at Chipstead, Coulsdon, Surrey. In the case of JAL II, who is believed to have died at Broome Park which is in another parish, his body was then taken to another parish (Chipstead) and there interred. Why did the Lloyds die in one place but be buried in another? They may well have lived first at Chipstead before moving to Broome Park and so returning to Chipstead for burial may have been a ‘home coming’ of sorts.

A MUCH EARLIER LLOYD MENTION:

From the records of the Old Bailey: JOHN LANE, Theft stealing from master, 27th February 1837. Reference Number: t18370227-892. JOHN LANE Aged 15 was indicted for stealing, on the 11th of February, 4 sovereigns, the monies of Ashkenaz Lloyd, his master.

ANN LLOYD. I am the wife of Ashkenaz Lloyd, who keeps the Rose and Bull public-house, Bankside, Southwark. The prisoner has been in my employ about six months-on the evening of Saturday, February 11, I gave him four sovereigns to get changed at Mr. Perry’s he did not bring the change, he went away, and was taken on the Wednesday after.

ASHKENAZ LLOYD . The prisoner was my servant. I apprehended him at Exeter- understood he had booked his place for there when I took him he said he had spent all the money – I brought him back.