The Littlar family connects with the Man family on the marriage of Harry George Percy Garnet Man to Rosa Littlar on 18 March 1918 at Holy Trinity, Formby, Lancashire. Rosa was the daughter of Frederick Thomas Littlar and Rosa Bicknell.

Frederick and Rosa were married on 25 January 1888:

The Littlar family appears on various censuses such as in 1891: 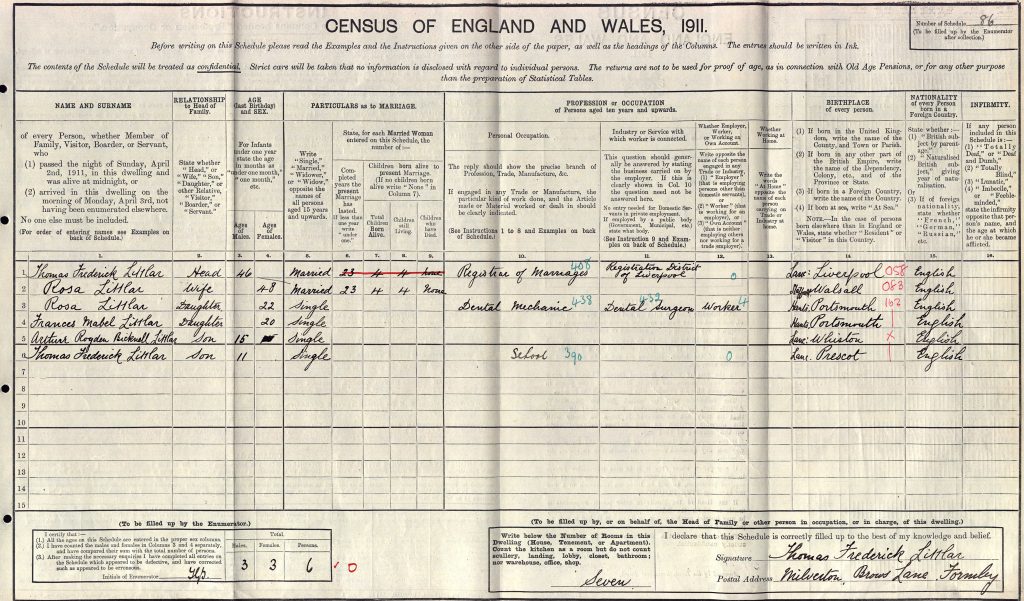 The father and mother of Rosa (Littlar) Man – Thomas and Rosa – died within months of each other as their probate records indicate below: During World War One Arthur received a medal: 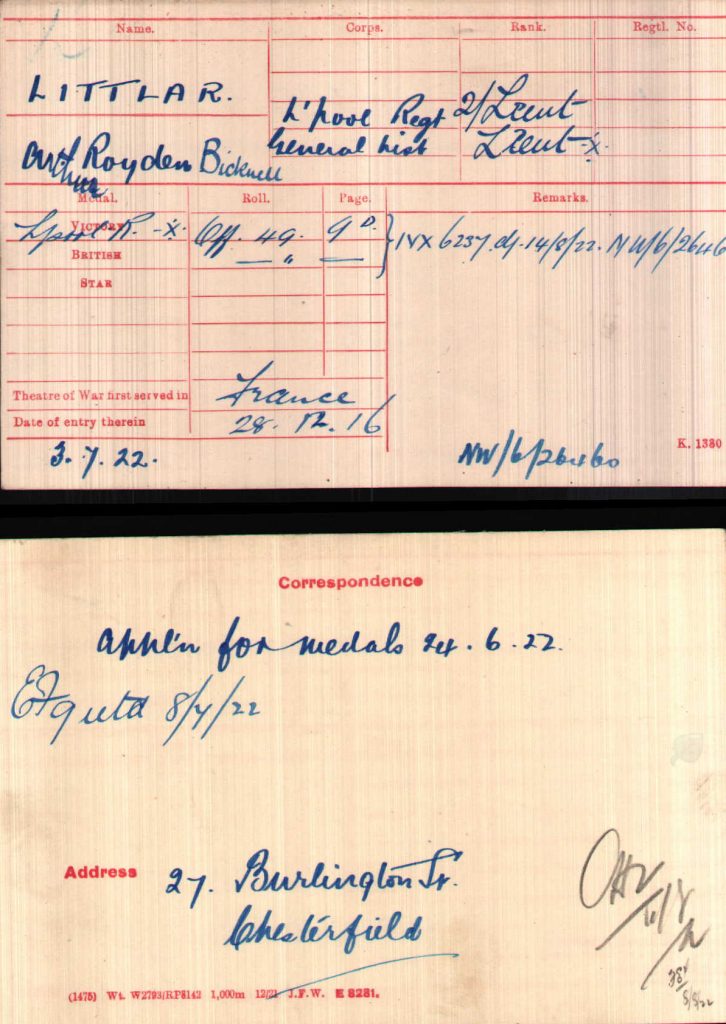