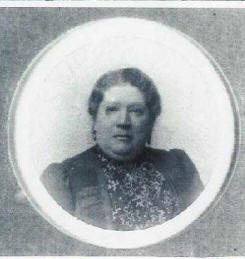 The Huntley family connects with the Man family when, on 25 August 1874 at St. Andrew’s, Litchurch, Derby, James Henry Man married Sarah Francis Huntley. She was known as Fanny Man.

The 1882 marriage took place at St Johns Church,  Essequebo, and the Rev. W Austin was the Rural Dean.

GMH was a postmaster and who, for about ten years, was located at Derby.  It was also in this town that machinery for sugar refining was built by George Fletcher & Co. and for which company James Henry Man worked as an engineer. Thus the two families of Huntley and Man were united in Derby. However, Fletcher’s was first established in Mincing Lane. London, where E.D. and F. Man had their offices and so the connection may go back further.

Below GMH and family on the 1861 census at 90 Lawford Road, Rugby in Derbyshire.

George Maxwell Huntley and family on the 1861 census

On the 1871 census GMH and family are living at 1 Grove Terrace, Derby.

On the 1881 census GMH and family are at The Market Place, Ashbourne in Derbyshire

Charlotte was the sister of Sarah Frances and Louisa Emily Huntley. She married her first cousin, Thomas William Huntley Hodgson in Australia. Below is a notice from The Queenslander for Saturday 15 June 1872:

Then, within several months, Charlotte was on her way back to England without her husband. She settled down and lived with her parents in Derbyshire. As far as is known they never met again nor do we know what transpired between them to make her leave her husband of only several months.

Ed Man’s notes: Through an Internet friend in Australia I was able to obtain a copy of their marriage certificate. It came as a surprise to find that Thomas was a widower. I tried searching the Free BMD for a marriage for Thomas in the time period between 1860 (he would have been 16) and 1872 when he married Charlotte. I finally found one for him in the Dec Q 1865 in Birmingham. Crossing that entry with other names for that page of the index I found three potential candidates for his first wife. I couldn’t find any clues that would lead me to which one it was – I couldn’t find a death record index for any of the three given names with Hodgson as the surname, nor could I find anyone in the 1871 census.

So, I ordered a certificate and received it and found that the name of the spouse was ADAH BOWDLER. The marriage took place on 03 Nov 1865 at St Luke’s, Birmingham.

I then found a baptismal record for Adah Bowdler which gave her parents’ names. She was baptized at St Andrew’s, Hope Bowdler, Shropshire, on 09 Jul 1843 (which confirmed her age when married – 22). I couldn’t find a birth index for her. I finally found a “FEMALE HODGSON” born in the Dec Q 1864 in the Shrewsbury District. That seemed to make sense and checked what I knew about her up until now.

Then I tried to find Adah’s death index without any success. I finally entered “A Hodgson in Shropshire”. I got a number of hits but as I was scanning though the list I noted a “AMY BOWDLER HODGSON” died in Mar Q 1868 in Church Stretton District, Shropshire, age 3. She had to have been their child. I found an AMY HODGSON born in the Dec Q 1864 in the Shrewsbury District – before her parents were married!

I widened my search for Adah and finally found a record for an Ada Mary Hodgson in the Mar Q 1871 in the Chorlton District, Lancashire, age 28.

JOHN THOMAS HUNTLEY
John Thomas, the father of George Maxwell Huntley, studied at Trinity College, Cambridge. He gained a BA in 1813 and a MA in 1817 became a Deacon in 1815 and a Priest in 1816 (From Crockford’s Clerical Directory, 1876). He was a Curate between 1813 and 1819 at Warboys, Hunts. He was then ‘given the living’ of Vicar of Kimbolton and Rector of Swineshead from 1819 to 1845. He then became Rector of Binbrooke St Mary and Binbrooke St Gabriel in the diocese of Lincoln in 1845.

John Thomas Huntley on the 1851 census

John Thomas Huntley on the 1861 Census

John Thomas Huntley on the 1881 census