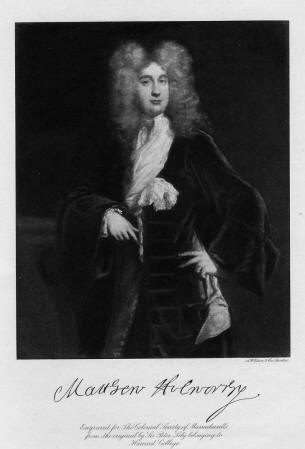 The reason for this Holworthy page appearing here on the Man family web site is because on 7 August 1782 the Reverend Matthew Holworthy (son of Samuel Smith-Holworthy) married Ann Desborough daughter of Lawrence Desborough and Ann Byrne. Ann Desborough was the aunt of Georgiana Desborough who married Edward Man.

The second Holworthy – Desborough connection, as mentioned above, was between Anne Desborough (1757 – 1833) who married Matthew Holworthy (1755 – 1826). Ann and Elizabeth Disbrowe were third cousins twice removed (see the first diagram). 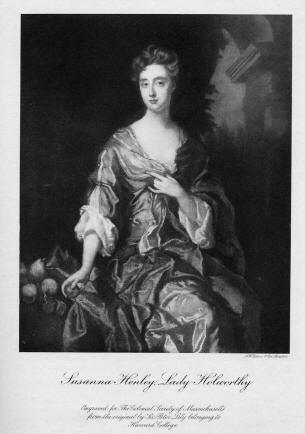 Because he was illegitimate Samuel had to adopt the name ‘Smith’ by church and civil laws in place at the time; he was thus known as Samuel Smith-Holworthy (1721 – 1765). Samuel Heathcote was put on trial for the rape of his sister-in-law and details of the trial and its outcome can be read at the end of this page. To view original copies of the reports of the trial click here. There were no children of the marriage between Samuel Heathcote and Elizabeth Holworthy and she died on 6 May 1726.

Samuel Smith (Holworthy) married Elizabeth Haddock, the daughter of Admiral Nicholas Haddock. In 1749, Samuel Smith’s grandmother (Elizabeth Holworthy (nee Disbrowe)) willed him her estate, provided he took the name and arms of Holworthy. By a special act of parliament in 1750, Samuel Smith changed his name to Holworthy and thereby inherited the estate of Elsworth. 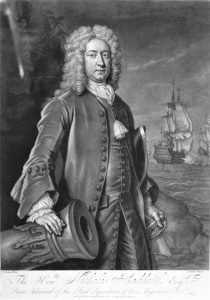 More details on the Heathcote family can be read here (<— PDF). Samuel’s father-in-law, Admiral Haddock, was a good friend of Admiral Sir John Balchen. Below is Sir Gilbert Heathcote whose grandson Samuel raped Susannah Holworthy. Also The Heathcote (left) – Holworthy (right) arms on the marriage of Elizabeth Holworthy to Samuel Heathcote. Sir Gilbert Heathcote, governor of the Bank of England and grandfather of Samuel Heathcote. He was a great enemy of Sir John Blunt who married Susannah Craddock the daughter of Richard Craddock. 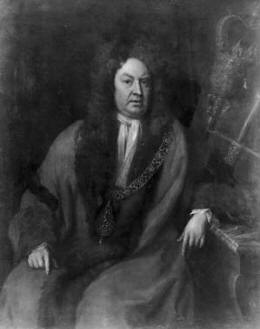 Sir Matthew Holworthy was the son of Richard, of Bristol city and was the father of Matthew who married Elizabeth Disbrowe. He is described in the records as a Gentleman. His father Richard was at one time the Lord Mayor of London. Matthew attended Brasenose College, Oxford, from where he matriculated on 20 October 1626, aged 18 with a B.A. Soon after, his father sent him to France to learn to become a merchant and afterwards he resided in London where his business address was Hackney, Spanish Walk Exchange as well as at Little Palgrave, Norfolk. In 1657 Mathew purchased Sporle and Great Pelgrave in Norfolk. Matthew was knighted (a life baronetcy only) on 12 May 1655 by Charles II at Whitehall.

In his will he gave his wife Susanna [Henley – pictured above] 300 pounds, all her jewels, use of all plate and furnishings and goods during her natural life. At her death these were to go to his son Matthew who married Elizabeth Disbrowe.

Sir Matthew gave Cambridge University [Harvard] in New England one Thousand pounds for promoting of learning and promulgation of the Gospel in these parts. The same to be paid within Two years next coming after his decease. He gave 20 pounds each to the poor of Sporle and Hackney. He gave 10 pounds to all his niece and nephews. To Matthew [his son] the remainder of the estate he paying to every child begotten me the sum of three thousand pounds to each of them, as soon as any of them shall have attained unto the age of twenty one years. Goods were granted to son Matthew 17 Aug 1704.

There is a plaque on Holworthy Hall in Harvard University, Boston, Mass. that reads: “Holworthy Hall Built with Proceeds of a state lottery 1812 named in honor of An English Merchant Sir Matthew Holworthy who in 1681 gave 1000 pounds The largest gift received by Harvard College during the Seventeenth Century.” 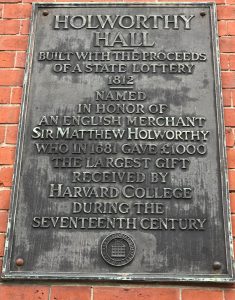 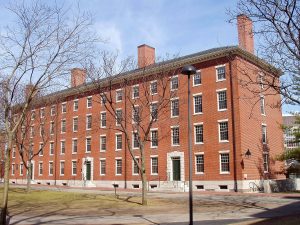 The Trial and Pardon of Samuel Heathcote and the maid Fletcher

In the summer of 1720 Susannah Holworthy was ‘betrayed, seduced, and corrupted’ by her brother-in-law Samuel Heathcote. Susannah was the daughter of Elizabeth Disbrowe* (1681 – 1749) and Mathew Holworthy (1674 – 1728) . What follows is a summary of the trial as gleaned from various newspaper reports written in the summer of 1721. Unfortunately most of these reports mistakenly named Susannah as the daughter of ‘Justice Allworthy’ instead of ‘Holworthy’. A basic outline of what happened is as follows:

In July 1721 Samuel Heathcote and the maid of Susannah Holworthy (Anne Fletcher) were placed on trial at the King’s Bench before Lord Chief Justice Pratt accused of betraying, seducing, and corrupting Susannah Holworthy, aged 15.

The evidence produced at trial indicated that Samuel Heathcote had access to Susannah as a result of his being her brother-in-law and hence his ability to enter her parents’ house at Clapton. It was there that he seduced and impregnated her. As her condition became increasingly obvious, he decided to remove her from her parents’ house so that her parents would not be made aware of their daughter’s condition. So Samuel Heathcote conspired with Anne Fletcher, Susannah’s maid, to have her abruptly removed from her parents’ house. This was done and she was taken to a tavern in Swithin’s Alley near the Royal Exchange where Samuel Heathcote received her and then he took her to lodgings near Covent Garden. There Susannah gave birth to a son (Samuel Smith Holworthy*) but she fell ill. She was attended by Sir David Hamilton* who at the trial said that he saw Heathcote with Susannah and that Heathcote passed himself as Susannah’s husband named Samuel Stephens. Susannah did not survive much past the child’s birth and she was buried at Covent Garden Church. When her parents discovered what had happened to their daughter they removed her body from Covent Garden and had her interred at Cambridgeshire. They then began the prosecution of Heathcote and Fletcher. After a trial that lasted seven hours and with much evidence against the pair, the jury found both individuals guilty as charged and the sentence against them was set for the following term (October).

On October 23, 1721, the London newspapers reported that both Heathcote and the ‘hussy’ Fletcher had received the King’s indemnity (pardon). One newspaper scoffed and called this act ‘groundless’ since a guilty verdict had already been given against them.

What can explain this stunning turn of events? Samuel Heathcote had been tried and found guilty in July and three months later the King had pardoned him and the maid Fletcher. Perhaps the explanation lies in the series of public events that took place between September 1720 and April 1721. In September of 1720 the value of the shares in the South Sea Company collapsed threatening the entire economic structure of the country and perhaps even the whole of civil society. The government, desperate to save the situation, turned to Sir Gilbert Heathcote, Samuel’s grandfather. Sir Gilbert, who was ‘the personification, though no longer the Governor, of the Bank of England, was now in his seventieth year. He was reputed to be the richest commoner in England and was probably the most seasoned man of business in Europe. On September 15 the old man was summoned before the regency (the court then being in Hanover where the King was) to give his opinion on the soundness of the South Sea Company and how public credit might be rescued.’ (Carswell, p.151) . Heathcote loathed and despised the directors of the South Sea Company and in particular Sir John Blunt* whose reckless financial maneuverings had now brought the company and the country to its financial knees and so it must have given Heathcote a sense of triumph and grim satisfaction to see the company in such dire straits. But, Sir Gilbert was a man on whom emotional appeals and stories of bad luck made no impression, and now in September 1720 he had his lifelong rival at his mercy. The only hope for the government was that Heathcote would be prepared to rescue it from political as well as financial bankruptcy. On September 19 Heathcote convened a meeting with the government, the Bank of England, and the South Sea Company which lasted six hours. During the meeting Heathcote refused to commit himself to a rescue plan: “I can by no means be so hasty, for old men cannot walks so fast as the young”, he said. But at the end of the meeting Robert Walpole produced a memorandum that appeared to be an agreement that the Bank would infuse the South Sea Company with desperately needed cash. However what appeared to be a contract was not and although at a further meeting on September 23 he was even prepared to give a heartening speech about having seen many storms and how he had weathered them all, the meeting descended into chaos as demands were made for an inquiry ‘to bring to justice the betrayers of their country’.

Meanwhile, in Hanover, while the financial markets were collapsing, the King remained blissfully unaware of the situation until September 21 when Lord Sunderland screwed up enough courage to lay all before his majesty regarding ‘the very extraordinary case which hath happened in the last fortnight.’ Having done so he gave full reign to his despondency describing how despair, bankruptcy, ruin was everywhere apparent. The King began a hasty journey home. In London Heathcote continued to play a game of cat and mouse with the company and the government until on October 25 1720 the Bank finally doled out one hundred thousand pounds cash on account, its first concrete step in rescuing the company. Having begun the rescue of the Company, Heathcote next turned his attention to representing the demands of the creditors on the Company.

Could it be that Samuel Heathcote’s pardon was a result of the accumulated political capital his grandfather had gathered as a result of the critical role he had played in rescuing the government? Was the King persuaded to overturn Samuel’s guilty verdict because the King owed Sir Gilbert a debt of gratitude? If so then surely that was a travesty of justice, but an interesting one as it weaves together a very personal history with major public events that have not until now been noted.

* Elizabeth Disbrowe was the granddaughter of Samuel Disbrowe who helped found the colony of Guilford, Connecticut, and who was appointed by Cromwell as Lord Chancellor of Scotland. Samuel’s brother, Major-General John Disbrowe married Cromwell’s sister.

* Sir David Hamilton, M.D., was a native of Scotland. On the 30th October, 1683, being then twenty years of age, he entered on the physic line at Leyden University. He graduated doctor of medicine in the university of Paris and was admitted a Licentiate of the College of Physicians 9th April, 1688. On the 25th June, 1703, being then physician in ordinary to the queen, he was admitted a Fellow of the College. He was admitted a fellow of the Royal Society 5th May, 1708. Sir David Hamilton was the leading practitioner of midwifery in the metropolis, and is said to have amassed in the exercise of his profession a fortune of 80,000, all of which was lost in one year, 1720, in the South Sea scheme. “He was,” says Daniel Turner, ” better qualified for the chirurgical operation of delivery than the medical province of prescription.” He lived in Bow-lane, and died 28th August, 1721, being then physician to the princess of Wales.

Below the author of the theory that the reason for the King’s pardon was a result of Sir Gilbert Heathcote having ‘bank-rolled’ the government on the collapse of the South Sea Company. That’s his theory and he’s sticking to it. Thank you Eric for having taken the picture – April 2019. 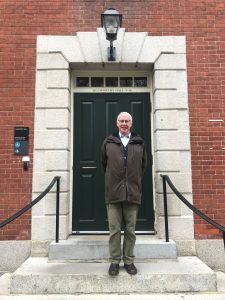 The Author of these pages