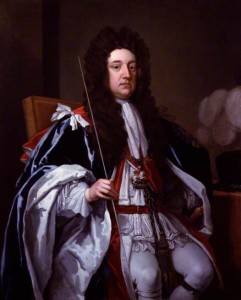 Thus Elizabeth Godolphin is the direct ancestress of all those members of the Man family who are descended from Edward Desborough and Louisa May (Harris) Man and there are a lot of those.

Sidney was baptized on 15 June 1645 at Breage in Cornwall and died on 15 September 1712 at St. Albans in Hertfordshire.  He married Margaret Blagge, the daughter of Thomas Blagge, on 16 May 1675 at Temple Church, London. They had a son Francis who was born on 3 September 1678. He married Henrietta Churchill, Duchess of Marlborough, daughter of John Churchill, 1st Duke of Marlborough and Sarah Jenyns, on 23 April 1698.  He died on 17 January 1766 at age 87. Francis and Henrietta (Churchill) had two children: William and Henrietta (below). 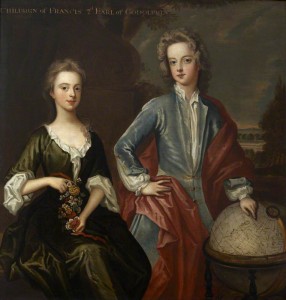