Anne St Leger was born on 14 January 1476,  Her father was Sir Thomas St Leger and her mother was Anne of York, Duchess of Exeter who died the same day of complications surrounding the birth of her daughter. Anne of York was the daughter of Richard Plantagenet and Cecily Neville. 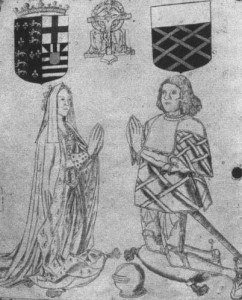