Sarah was the daughter of Richard O’Neal (a Pewterer) and Mary Wolf. She was born in June 1725 and baptised on the seventeenth of that month at St. Botolph, Bishopsgate.

Sarah died in May 1788 at St. Mary, Newington in Surrey and was buried on the ninth of that month at St. Mary, Whitechapel.

William left a will which can be read here and which was contested by his son in law James Read. A summary of the case can be found below. William attended the Merchants Taylor school.

William’s widow Sarah left a will (dated 13 April 1787) which has been transcribed and which can be read HERE.  The original can be viewed HERE.

Sarah (O’Neal) Balchen’s father Richard left a will which can be read here. He appoints Henry Balchen as one of his executors.

In the space of ten years, from 1778 to 1788, the four children of William and Sarah (O’Neal) Balchen died of tuberculosis. The cause of death on the burial record for Mary is ‘consumption’ and that of John a ‘Decline’.

The Children of William and Sarah (O’ Neal) Balchen are:

1. SARAH BALCHEN was born in June 1751 at Hackney and baptized on 3 July at St. John at Hackney.

She married a lawyer by the name of James Read on 17 December 1774 at St. George’s, Hanover Square, Westminster. 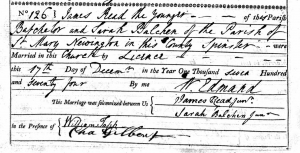 Their marriage allegation can be viewed HERE. James was the son of James and Sarah (Boddington) Read. He was born on on 29 September 1751 at Southwark and baptised among the non-conformists on 17 October:

The second, Hannah, was born on 2 October 1779 and baptised on the twenty-sixth of that month at St. Swithin, London-Stone.

Hannah died in December 1780 and was buried on the tenth of that month at St. Mary, Newington (last line). 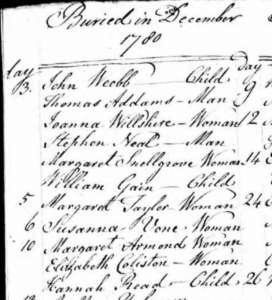 So far we have not recovered a burial record for Sarah (Balchen) Read although Ed Man has noted March 1781 as a possible death date. Her husband James died in February 1781 and was buried among the dissenters on the eighteenth of that month (last line).

She died in November 1778 and was buried on the seventeenth of that month at St. Mary, Whitechapel.

4. MARY BALCHEN was born on 12 November 1754 and was baptised on 10 December at St. Dunstan and All Saints, Stepney.

She died in October 1786 at Newington Butts in Surrey, of consumption, and was buried on 2 November 1786 at St. Mary, Whitechapel:

She left a will. This has been transcribed and can be read HERE. The original follows the transcription.

He died (‘of decline’) in May 1783 at Newington Butts in Surrey and was buried on the twenty-third of that month at St. Mary, Whitechapel.

His will was proved on 24 May can be read HERE. 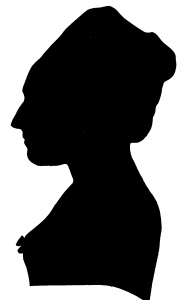 [Two marriages have been found for a Francis O’Neal who MAY have been Sarah O’Neal’s brother. The first is to Mary Steward dated 3 April 1747 and the second to Winifred More on 7 October 1750. Presumably Mary died pre 1750; probably in childbirth]

Summary: Testator devised all his estates in different places (which he had surrendered) to his wife for life, with remainders over.  In some of the places he had no estates but in right of his wife. These did not pass by the will, and do not put the wife to an election.

WILLIAM BALCHEN by his will, 24th June, 1765, devised “All his freehold and copyhold estates, situate at Roydon, Thorley, Epping, and Witham, in the counties of Essex and Herts, (which copyholds he had surrendered to the use of his will,) and all other his freehold and copyhold estates” to Crop[p] and Tapp, in trust for his wife for her life, and after her death, in trust to sell the same and divide the produce among his children in the manner directed. The testator, at the time of his death, was seised in fee of a copyhold estate at Witham, and also of a moiety of an estate at Thorley, to the other moiety of which his wife was entitled in her own right. She was also seised in fee of two copyhold estates in Roydon and Epping, but in these places the testator had no property whatsoever. He had no other real estates. For the plaintiffs, it was contended, that the testator having taken upon himself to devise his wife’s estate, although the devise could not be maintained against her, yet, if she disputed it, she must forfeit every devise in the will, in her favor. She must therefore make her election either to abide entirely by the will, or to take nothing by it. On the other hand, it was said it did not appear that he meant to devise his wife’s estate, that although he had surrendered his own estate, and knew that was necessary to its passing, he had not attempted to surrender the other estates, and therefore certainly had no intention of devising them. He had not recollected, at the time of making his will, the respective rights to the different estates of which he was in possession, and, therefore, had used words of sufficient extent to pass all. Lord CHANCELLoR. In Thorley, the testator had a moiety of the estate, together with his wife. He did not intend to devise her moiety, for he describes “what he meant to devise, by the words “his estate which he had surrendered.” He had not surrendered any of his wife’s estates, so that they could not pass by the devise. The words are too loose to raise the construction contended for. It is not like any of the cases which I remember of election. 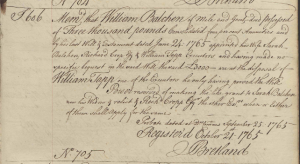 NOTES ON THE READ FAMILY

The Read family were non-conformist. Records of non-conformist baptisms performed in London match the names of the children that James Read Snr. mentions in his will, i.e. James, Henry, and George. His will, written in 1777 and proved in 1778, can be read HERE.

Below is a recording of the dates of birth and baptism of James Read Snr’s children as found among the records of the non-conformists. The listing includes the fact that James Snr. was a baker (as he was according to his will) . The fact that James Jnr’s children (Sarah and Hannah) were baptized in an Anglican church is not too distracting as his wife, Sarah Balchen, was Anglican and such ‘crossing over’ among denominations was not uncommon. 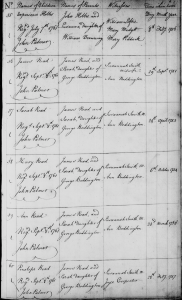 From the above record we gather that James Read Snr.’s wife was Sarah the daughter of George Boddington who was quite prominent among the non-conformist citizenry of London. Sarah appears on Boyd’s Index listed with her parents and siblings. Her date of birth is given as 11 October 1719.  At this stage of writing, it is conjecture as to whether this Sarah is the wife of James Read Snr. however there are, so far, no other possible candidates and we stand by our assumption. 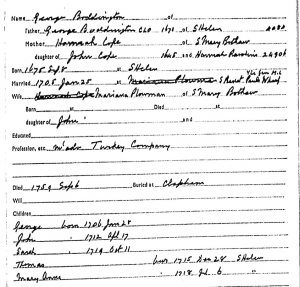 Because the Boddington family is of some historical, as well as genealogical interest, some notice of them is given below.

NOTES ON THE BODDINGTON FAMILY