The Chaytor family is connected to the Craddock family by the marriage of Peregrina Craddock, daughter of Sir Joseph Cradddock, to Sir William Chaytor. Below is The Croft, home of the Chaytor family. 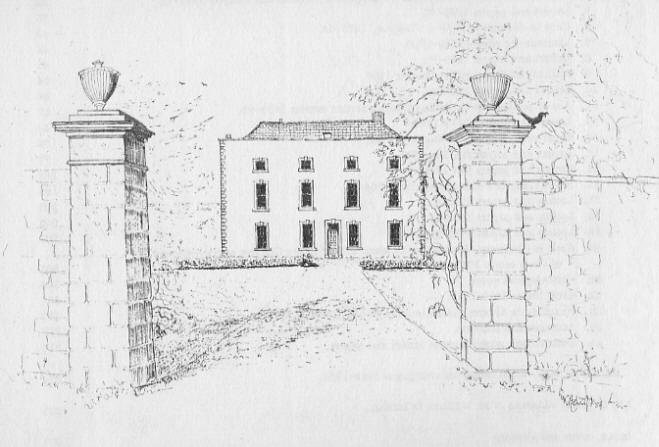 Croft is situated on the south bank of the river Tees, and, though lacking in the bolder and grander features of nature, there is a charming combination of hill and dale, with meadow, woodland, and stream. It comprises the townships of Croft, Dalton, and Stapleton, containing about 7,000 acres and 815 inhabitants. The area of the township of Croft is about 4,500 acres.

Croft was formerly the manor and residence of the ancient and knightly family of Clervaux (<— 22 page pamphlet in pdf) , the first of whom accompanied the Conqueror to England, fought at the Battle of Hastings, and was rewarded with lands at Bootham, in Yorkshire. Soon afterwards they settled at Croft, and for more than three centuries their honoured name was associated with the place. They formed alliances with the noblest families of the district, and Sir Richard Clervaux, “the magnus of his house,” who lies buried in the south aisle of Croft Church, claimed kinship with Edward IV. and Richard III., as set forth in the inscription on his tomb. Another Richard Clervaux, in the time of Henry VIII., dying without issue, his sister Elizabeth became his sole heir and representative of the family. She married Christopher Chaytor, Esq., of Butterby, Durham, who was surveyor-general of the counties of Durham and Northumberland, in the reign of Elizabeth. Her grandson, Sir William Chaytor, of Croft, was knighted by James I., during that monarch’s progress from Edinburgh to London, to take possession of the English Crown. His second son Henry was a colonel in the royal army under Prince Rupert. He was governor of Bolton Castle, in Wensleydale, during the Parliamentary Wars, which place he valiantly defended until reduced to eat horse flesh, and then capitulated on honourable terms. His eldest brother, Thomas Chaytor, Esq., succeeded his father, Sir William, in the possession of Croft, but after one descent his line terminated, and the estate was inherited by William Chaytor, of Butterby, whose grandfather, Thomas Chaytor, was the fourth son of Elizabeth, the Clervaux heiress, and had succeeded to the Butterby estate. This William was created a baronet in 1671. He married Peregrina a daughter of Sir Joseph Cradock, of Cradock Hall, Richmond, but his children pre-deceased him without issue, and he was succeeded in 1720 by his nephew, Henry Chaytor. The latter married Jane, daughter and, eventually, heiress of Matthew Smales, Esq., of Gilling, and had, besides other issue, William, his successor, who was created a baronet in 1831, and John Clervaux Chaytor, of Spennithorne. Sir William married Isabella, younger daughter, and co-heiress with her sister Anne, wife of his brother, John Clervaux, of John Carter, Esq., of Tunstall and Richmond, and had, issue four sons and three daughters. Croft Hall (pictured above) the family’s former residence, was vacated when Clervaux Castle (see below) a castellated mansion with five towers, surrounded by an extensive park. was erected by Sir William Chaytor. However the castle has since been demolished. 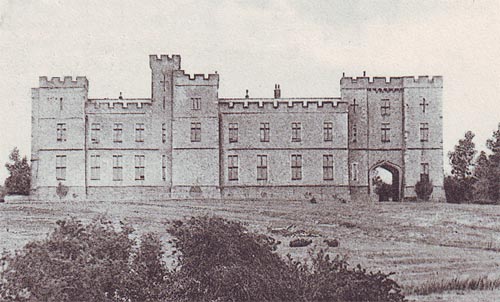