Hugh Casson with his parents

The Casson family connects with the Man family when Mary Man married Randal Casson on 13 November 1906.

Mary and Randal had two children: Rosemary and Hugh.

Randal’s father was Thomas Casson who was born on 19 October 1842 in Liverpool. He was a banker and amateur builder of church organs. In 1891 Casson decided to make a business of his hobby and in so doing founded a number of companies such as: Casson & Co; Casson’s Patent Organ Co; Positive Organ Co., London.

He invented the “Pedal Help”, an automatic control for pedal stops and was the author of The Modern Organ, 1883; Reform in Organ Building: a lecture delivered to the Birmingham and Midlands music guild, 1888; Lecture on the pedal organ: its history, design and control, 1905; The Modern Pneumatic Organ Mechanism, 1908. Thomas died near Brentford in September, 1910.

An article by Paul Hale about Thomas Casson appeared in the Organists’ Review and can be read HERE (three pages). 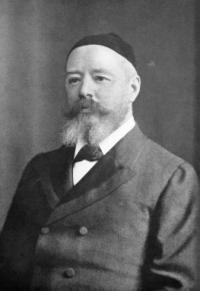 The following is from John Speller’s Web Pages: In the late nineteenth century a large number of small church organs were built by the Positive Organ Company.  Casson’s instruments, supplied by a network of local dealers, were ideal for the small church. They were cheap, although sturdily built, little mechanical action organs designed for the pianist who had strayed onto the organ. Constructed from quality, durable materials, they offered not only a small one manual tracker organ at a fair price, but also a number of interesting pneumatic features that rendered the instrument capable of achieving things only a much larger instrument was capable of doing. Thus for example there was often a Melodic Bass, which duplicated the lowest note played on a 16 ft. Bourdon stop, thereby achieving the effect of a Pedal Organ in 4-part accompaniment of hymns and anthems. There was sometimes also a pneumatic coupler playing the top note only on certain stops (often a “Melodic Viol”), thereby supplying solo effects normally found only on a two-manual organ. Or sometimes the manual was divided and the stops drew in halves to achieve a similar effect. Many of the instruments had transposing devices: the organist simply moved the keyboard a note or two up or down and the keyboard notes rather curiously disappeared into the casework. And the instruments also had foot-powered feeders like a harmonium so that the organist could easily blow the organ him or herself, useful in remote churches without electricity, and useful today because of being a very “green” form of energy.

Among the churches that have one of Casson’s organs are: the Church at Long Hanborough in Oxfordshire, St. Mary Steps in Exeter, St. Michael’s Church in Michaelstow, Cornwall,  St. George, Bicknoller, 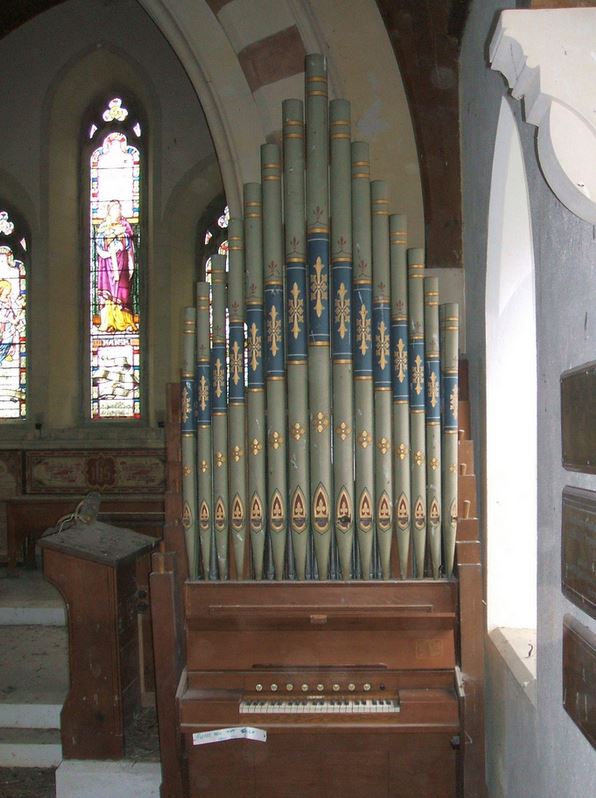 One of Thomas Casson’s Organs