The Brooke family connects with the Man family on the marriage of Hilary Margaret Marshall, whose mother was Emma Catherine Man, to Malcolm Archibald Brooke on 4 November 1932 in Malaya.

Malcolm’s brother Donald Hamilton Brooke was an employee of the Bank of Australasia and the bank recorded Donald’s first world war service as follows: 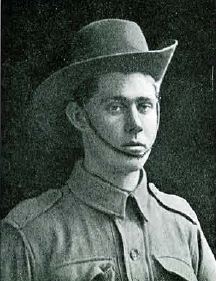 Born 3 September 1892 at Petersburg, SA, son of William Soper Brooke and Freida Alberta Hamilton Nickels. Enlisted 28 August 1914 and served as a Lance Corporal of the 10th battalion on Gallipoli and in France. He was wounded and invalided home, but re-enlisted and returned to France. He was captured by Germans 22 August 1916 and released on 10 October 1918 but soon after was lightly wounded in arm; gunshot wound foot. He finally returned to Australia 9 September 1918 and resumed his Bank duties on 18th June 1919. Donald on 3 January 1987.

Below from The Advertiser (Adelaide, South Australia) Wednesday 21 March 1951: