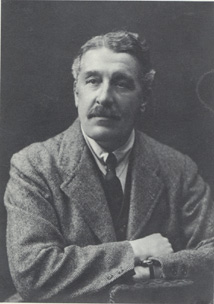 Frederick Henry Dumas (Bob) Man was born on 25 April 1861 at No. 10 The Crescent, Clapham Common, Surrey, the son of Frederick Man and Elizabeth Emily (Dumas) Man and was baptized on 17 July 1861 at Holy Trinity, Clapham Common North Side, Surrey.

NOTES: Frederick was known as ‘Bob’ Man and was the last partner of E. D. & F. Man to bear the family name.  He retired in 1934 as Co Partner and lived at Thames Lawn, Marlow, Buckinghamshire, England. According to the book ‘The House of Man’ (page 93 – 94) Bob Man was: ‘ …. an aggressive Liberal, who used to get into furious arguments with friends and business acquaintances, notably a Mr. Whitmore of J. Travers & Sons and a cocoa dealer, a Mr. Dear. These gentlemen were Tories. Bob’s bursts of temper were short-lived, however; and, we are told ‘an hour after the argument which had nearly come to blows, these friends would be seen walking arm-in arm.’  (The author gives no source for this information). Bob Man’s house, Thames Lawn (below), made a brief appearance in the James Bond film On Her Majesty’s Secret Service as the house belonging to ‘M’. 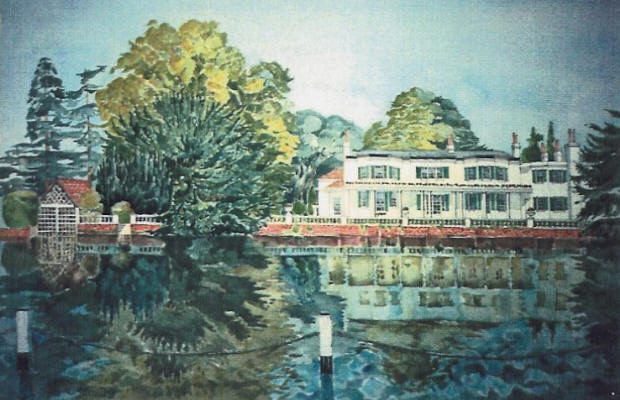 Fredrick attended Charterhouse school in Godalming, Surrey, as this entry from the school’s registry of old Carthusians indicates:

Bob Man’s one page summary of the history and work of the company ED and F Man is below: 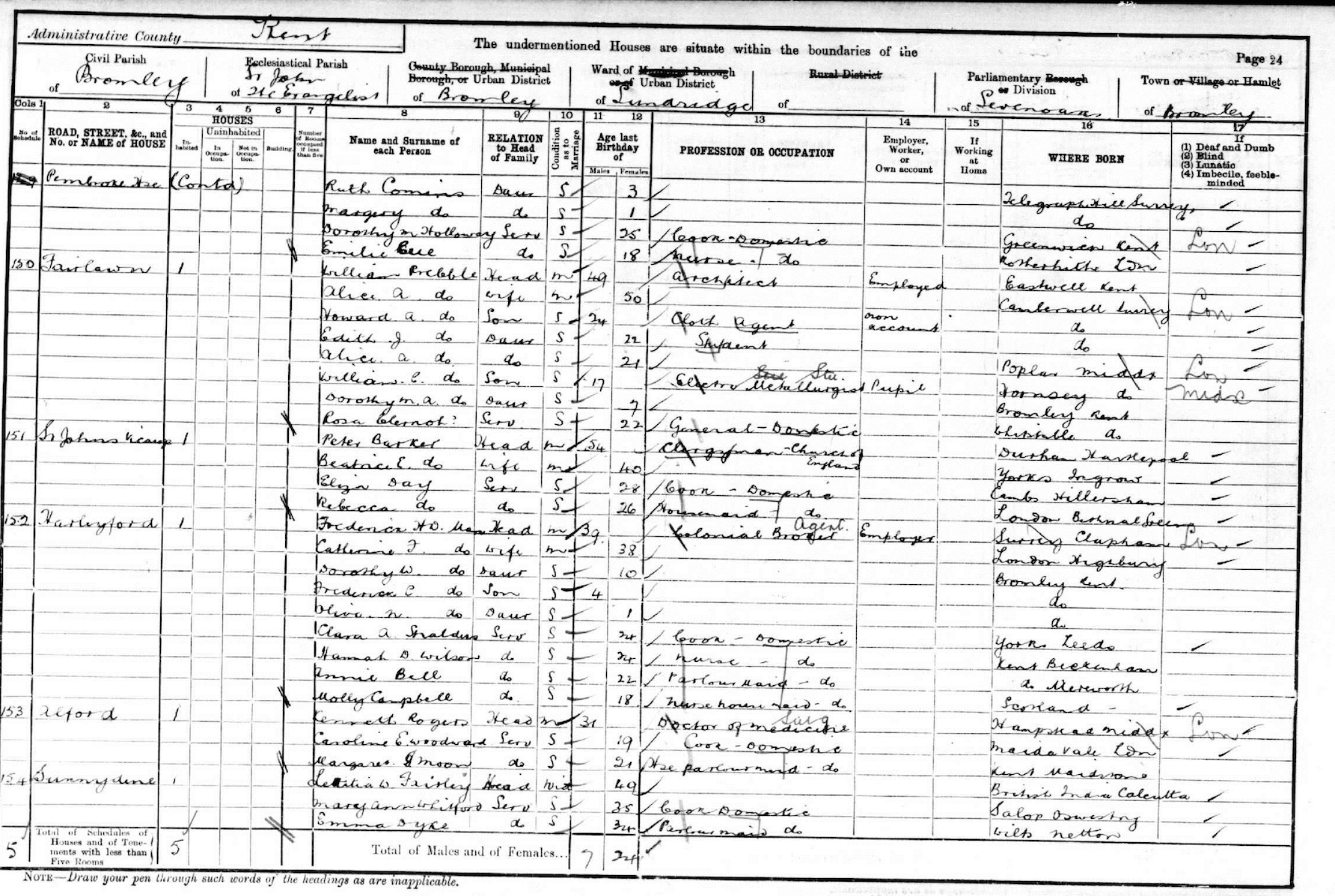 Frederick’s probate record and notice of claims against his estate in the London Gazette are below: 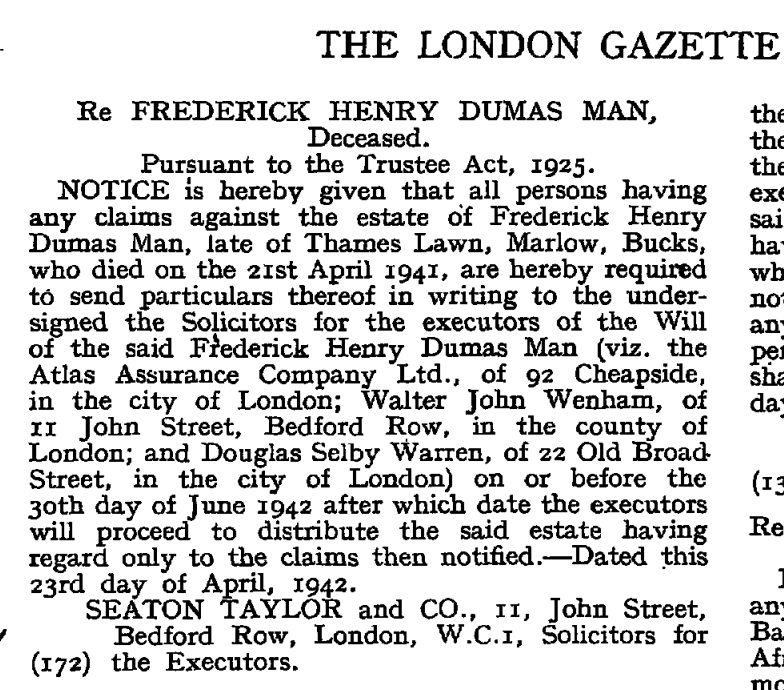