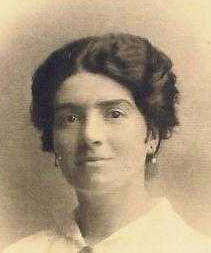 She did not marry.

She died on 1 July 1933 at Southside, South Avenue, Littleover, Derbyshire, and was buried at Uttoxeter Road Cemetery, Derby. Alice belongs to Generation Seven.

Her probate record is below. The probate was given to Charles William Taylor who was Alice’s brother in law; he having married her sister Florence Edith Man.