Julia Mary Man was born on 24 July 1816, at 18 Chester Place, Kennington, Lambeth, Surrey, the daughter of Edward and Georgiana (Desborough) Man and she was baptized on 13 December 1816 at St Mary-at-Lambeth. 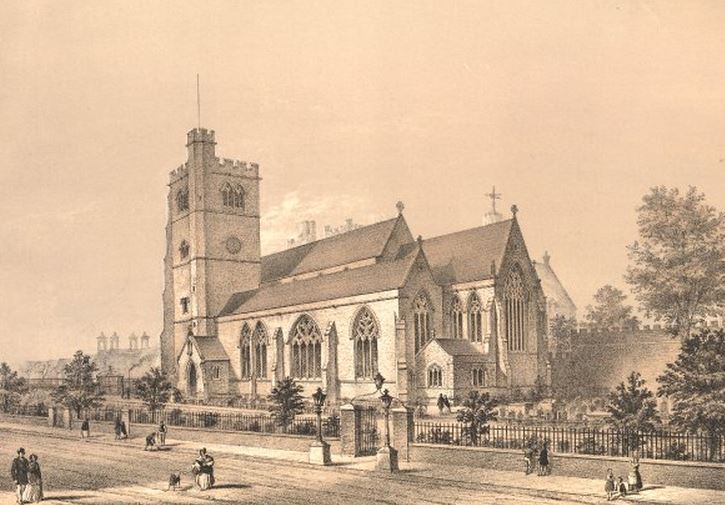 Julia died on 30 May 1894 at Rossbrin, Clifton Road, Norbiton, Surrey and she was buried on 7 June at All Saints, Kingston upon Thames, Surrey.

William Kirkness was born on 24 December 1808 at Falmouth, Cornwall, the son of William and Jane (Saunders) Kirkness and was baptized at 13 July 1825 at King Charles the Martyr, Falmouth. He died on 15 June 1877 at The Rectory of Saint Symphorian, Forrabury, Cornwall and was buried 21 June at Saint Symphorian’s.

Notes on naming of the children: The first child is William (after his father’s father) and Edward after his mother’s father, the second child is named Julia (after her mother) and Holworthy after a family name on the Desborough side and the third one is named after Julia’s brother as well as Desborough which was Julia’s mother’s family. The fifth child has the mother’s family name (Man). The sixth child has his maternal uncle’s name. Hingeston is the family name of the husband of Williams’s sister Jane who married the Rev. Francis Hingeston. The first child was still born on 3 December 1843.

Notes for William Kirkness: He was the Rector of the parish and minister of Forrabury, Cornwall (<– external link will take you to another site) for 34 years. His first baptism was in March 1843 and the last was in May 1877.