He married Georgiana Desborough on 13 December 1806 at Allhallows Staining, London.

Edward was buried on 8 February at St. Paul’s Chapel, Clapham.

Notes: A notice of Edward’s marriage can be found in The Gentleman’s Magazine, Volume LXXVI (1808), page 1167 as follows: ‘Edward Man Esq. of Harp Lane, Tower Street to Georgiana, youngest daughter of Henry Desborough of the Post Office.’ Edward Man and Georgiana Desborough were married by Thomas Frognall Dibdin, i.e. he was the officiating minister. Dibdin also officiated at Edward’s cousin Henry Man’s wedding. The Desborough and the Man families inter-married over several generations and a diagram illustrating these connections can be viewed here.

Edward joined the firm founded by his father in 1798. The company, which later became known as E. D. and F. Man, was then located in Harp Lane, London. He became a member of the Coopers company in 1804. He lived at St. Botolphs and Clapham. He died without leaving a will, he was only 52 when he died. E. D. and F Man has subsequently split into two companies: Man Group and which is a financial / hedge funds management company and E. D. and F Man which is a commodities trading company. The former is publicly traded on the London stock exchange while the latter is privately owned by its employees. Man Group sponsors the Man Booker book award prize.

Below is a picture of the interior of Holy Trinity, Clapham Common North Side. A monument to Edward Man and his wife Georgiana, and her father Henry Desborough and her mother Louisa, can be seen to the left of the pulpit and slightly to the left of the eagle facing the camera. 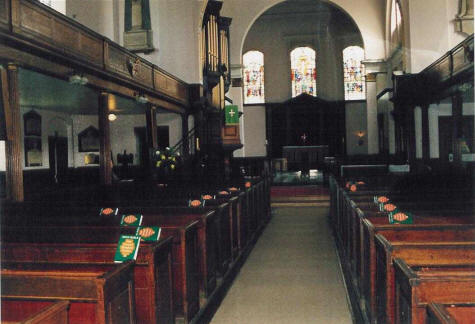 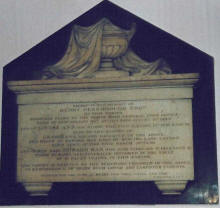