Ann Man was born in 1753 at Mansel Street, Whitechapel, the daughter of John and Mary (Balchen) Man and was baptized on 17 June at St. Mary Matfellon. 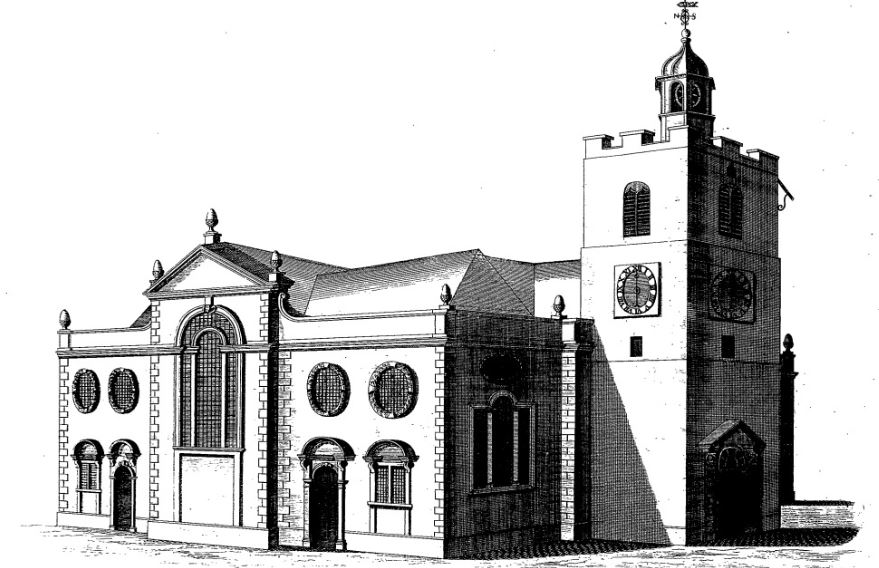 She died, unmarried, at Southampton Street, Reading, Berkshire, on 31 December 1831, and was buried on 7 January 1832 at St. Giles, Reading. Ann belongs to Man Generation Six.

NOTE:  On May 3 1824 soon after John Man (Ann’s brother) died, Richard Cumberland wrote a letter to his brother George where he talks of ” … going to Reading to see poor Maria [John Man’s daughter] after the loss of [her] father, and to do something for his poor blind sister [Ann] as you suggested I may once more see her .”

As Ann was blind this explains why she does not sign her will but leaves ‘her mark’ and why it is read out to her for her approval. Leaving her mark and having the will read out loud is also consistent with illiteracy, however all her siblings were literate and so her blindness is the most likely explanation for Ann not signing.  Although blind and unmarried, Ann did not die poor, leaving an estate worth 95 pounds which by 21st Century terms would be valued at 150,000 pounds. She was living on Southampton Street, Reading at the time of her death.

Transcription of the Will of Ann Man, 1827

This is the last Will and Testament of me Ann Man of Reading in the County of Berks, Spinster.  ffirst I direct all my just debts and funeral and testamentary expenses to be fully paid and satisfied.  I give and bequeath unto my sister ffrances Man a mourning Ring at the direction of my Executors hereinafter named.  I give and bequeath unto my nieces Emma Man and Ann Man, daughters of my late brother Henry Man, the sum of two hundred pounds each.  I give and bequeath unto my nephew Harry Stoe Man, son of my late brother Henry Man, the sum of fifty pounds.  I give and bequeath unto my niece Anna Maria Man, the daughter of my late brother John Man, as a compensation for her care of me during my life the sum of two hundred pounds.  I give and bequeath unto Susannah Willerton provided I shall reside with her at the time of my decease the sum of nineteen pounds.  All which legacies I desire may be paid within twelve months next after my decease.  All the Rest and Residue of my money in the public stocks or funds I give and bequeath the same unto my nephews Edward Man, James Man and William Man equally share and share alike.  I give and bequeath unto my said niece Anna Maria Man all and singular my rings, plate and all other property not hereby by me disposed.  And lastly, I hereby nominate, constitute and appoint my said Nephews Edward Man, James Man and William Man Executors of this my Will and hereby revoking all former and other Wills by me at any time heretofore made do declare this only to be my last Will and Testament.  In witness whereof I have hereunto set my hand and seal this second day of January One thousand eight hundred and twenty seven. /—–/  The Mark X of Ann Man (LS) /—-/  Signed, sealed, published and declared by the said Ann Man the Testatrix as and for her last Will and Testament  in the presence of us who in her presence at her request and in the presence of each other have hereunto subscribed our names as witnesses. /—-/ P. Pineau of Reading, Gentleman /—-/ C. H. Pineau /—-/ H. S. Pineau } both of Reading.   The above Will was previously read over to the said Testatrix in her presence and approved by her & in the presence of the subscribing witnesses. P. Pineau.