Henry Garnet Man was born on 2 October 1804 at Fort St. George, Presidency of Madras, India, the elder son of Peter Bruels and Catherine (Walch) Man and was baptized on 29 December 1804 at St. Mary, Fort St. George. [Last entry for 1804 below]

Elizabeth was born on 24 October in 1808 in India, the daughter of Colonel William Garrard and Martha Francis. She died on 3 September 1890.

Henry and Elizabeth belong to Generation Five. There was no issue.

Notes: Edward Desborough Man and John Man were witnesses to Henry and Elizabeth’s marriage. But who is this John Man?? 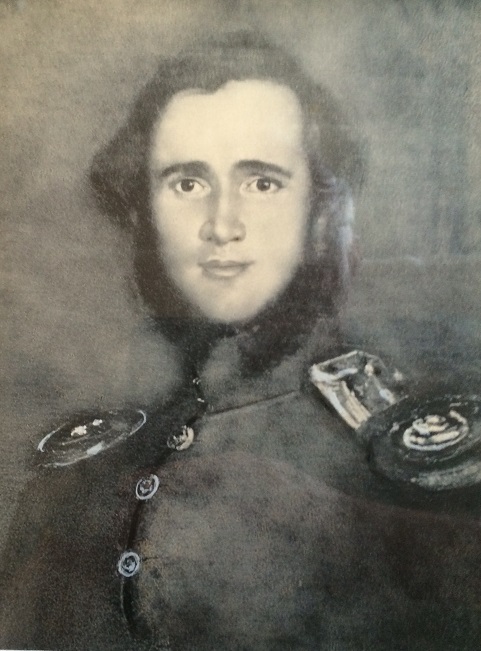 Henry Garnet Man was Lieutenant Colonel 54th Regiment – Retired 1860. G. C. 1819 Royal Military College (Sandhurst). Capt. of Config 1854 – 60. See also testimonials written in support of his application as Governor for Whitecross Prison. Henry’s mother ‘Aunt Peter’ was shipwrecked off the Dassen Islands and she wrote a description of the adventure to her son which can be read here. Notes on Henry’s wife’s family – The Garrard Family – can be viewed here.

Lieut. Colonel Henry Garnet Man son of Captain Peter Bruels Man was educated at Maidstone & Sandhurst where he was a cadet in I822. He entered the army (54th foot) & went to Burma, he just missed the first Burmese war, but made some excellent sketches of the Burmese Positions near Arakan (Col. H. W. Man presented these 5 sketches to the Dorset Regt. in 1933). He returned to Sandhurst as an instructor in 1854 & held the appointment of Captain of a Company until 18-9-60, when he retired on full pay with the rank of Lieut. Colonel. He then commanded the 2nd City of London Volunteers R. E. He was a first rate shot with a gun; his shooting diary (in India) is in the family’s possession. He was very sociable & popular, could sing a song play a musical instrument & generally make himself agreeable. He used to go & stay with the Scarletts near Chatham. He was also a keen trout fisherman. He married Eliza Garrard daughter of Colonel Garrard R. E. I remember her well; she is said to have been plain as a girl but her white corkscrew curls & sweet expression made her pretty & I well remember thinking her a beautiful old lady (when I was a small boy). She lived near Aunt Nellie at Carshalton. 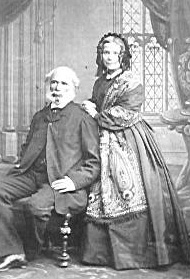 The following description of the Gwalior Campaign of 1843 in India was written by Henry Garnet Man (1804 – 1873).  The original is a single typed sheet on which Morrice Man has written ‘Henry Garnet Man?’. We have a map drawn by H. G. M. of the battle of Maharajpore (see below) and since this battle was also part of the Gwalior campaign then the description below is more than likely to have been by H. G. M. and may indeed be of the battle of Maharajpore.  H. G. M. was Lieutenant Colonel 54th Regiment – Retired 1860. G. C. 1819 Royal Military College Sandhurst).  Capt. of Config 1854 to 1860.

Thank Providence to have spared my life.  We had a battle on the 18th with the Seiks, who had taken up their position in bushes in our front about three miles from where I am now writing.  We had that same day marched upwards of 20 miles, having been without provisions for three days; so you can fancy how the men were fatigued.  We arrived here about 3, p. m., turned out at 5, p. m., when our brigade advanced, without knowing our ground, and in fact, had every disadvantage possible.  We soon were in a tremendous fire, which lasted for about 2 hours.  Lieut. Hart, who commanded No. 3, my company, was shot through the breast at the very commencement of the action, while gallantly cheering his men on, (we were now advancing in line) 3 paces or more in front of the company.  I saw him, as soon as the line had passed his poor body, lying on his back, and entreating a private who was with him to blow his brains out, he was in such pain.  He was brought into camp, and we buried him by moonlight last night with poor Lieut. Brenchley, whom you know of, who was shot in the stomach and died that night in camp.  It was a sad duty; we leave them together in a lonely spot, under a tree, close by.  Sir …. an old Peninsular Officer, said he never saw such sharp work; the bullets, grape, etc., were knocking our men down in all directions.  They say Gwalior was nothing like it.  However, we charged through the enemy’s guns; the 31st alone took 14.  I cannot tell you the mad excitement of this, we went on as if made of iron, thoughtless and unconcerned, after passing the cannon’s mouth which had been blazing at us.  I saw heaps, of our men and more of Seik artillery, straggling, breathing their last.  I put my hand on the guns, which are remarkably pretty pieces, 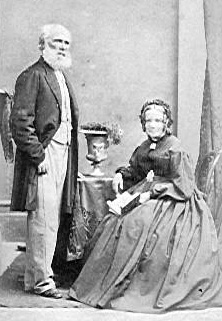 and which I found excessively hot, so they had been well served.  You will see the account in the papers, which will be a better description than I can give you now of the affair, but may I live to tell you all about it myself; my candle is getting low and I have no more, so I must hurry to say we advance and attack the Seik camp to-morrow, at day break; no bugle to sound. To-day I have almost spent in. the field of action, the horror of which I cannot describe; dead heaped on each other, arms and accoutrements soaked in blood, horses dead and dying by dozens. I found four Seiks alive, severely wounded, they prayed for water, which was close by in an old artillery bucket. I poured some down one man’s throat, which he seemed to enjoy very much, but showed no gratitude, and refused, to come into our camp; so there he is with the others to die of starvation and cold.  I cannot write all night, as I am fearfully tired to-night, and having been on the sand in my cloak the other night I am almost stupefied with cold.  We have suffered fearfully.  Our Colonel, who was brigadier, had his hip smashed, our second Colonel was knocked off his horse, three Captains severely wounded, one Lieutenant wounded, two killed; our doctor, too, severely wounded.  My light is just out; God bless you all. —— I hope to write again. 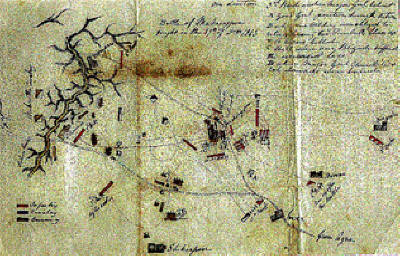 Henry’s Drawing of the Battle of Maharajpore

HGM Mention in the London Gazette

3. 1871 as a visitor with wife Elizabeth at Halstead Hall.