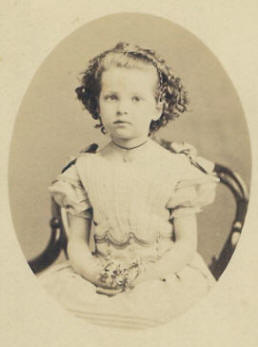 William Martin Whitmore Clarke was born on 25 March 1850 and baptised at Greenwich on 3 May 1850 (see record on Clarke family page).

William died on 8 May 1901 at Madras, India, and was buried the following day at St. George’s Cathedral, Madras.

NOTE: This line does not continue beyond their son Courtenay/Courtney who never married. He died on 7 June 1956. For probate details on Donald see the Clarke family page.

William (Whitmore-?) Clarke, Eliza’s husband, was Superintendent of Government Telegraphs, Indore, India and also worked in Insurance in London. Carie’s father died in Tasmania when she was only two years old (around the time the photo below was taken) and so her mother brought her and her younger sister, Emma Catherine (Kitty) to England. In our possession is a letter written by ‘Carie’ Clarke to her ‘Uncle Edward’ (Edward Garnet Man). The letter (below) is dated 28 January 1902 and the address is 38  Kestrel Avenue, Herne Hill. S.E. [London].

Dear Uncle Edward, How am I to thank you for getting that Presentation for Courtney it is such a blessing to know that the children will have a really good education. He is a sharp little fellow and his master says he is ambitious and does not like boys to pass him so I hope he will work well. I would have come with the paper today today but have not been able to go out at all however I will come to lunch tomorrow and hope you will be at home. I have of course written to Mr. Matthews to thank him after the letter I received from him last October. I had given up all hope of getting a Presentation from him so it was a delightful surprise when it came this morning. I shall be glad of your help and advice in answering some of the questions

There is some confusion over whether the Clarke family used Whitmore as a family name or as as part of a surname and hyphenated it with Clarke. On this web site we use just Clarke as the family name.

Below is Eliza Caroline’s probate record: 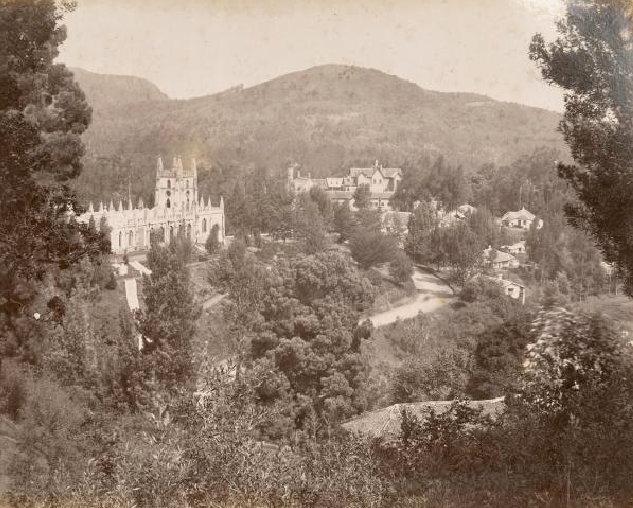