He married Jane Smart Walch on 1 May 1861 at St. Thomas Cathedral, Bombay, India. 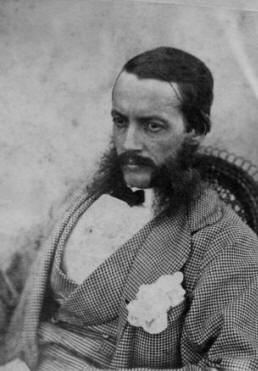 NOTES: Morrice appears on the 1841 census (below) as a ‘clerk’ aged 15 living at New Church Street in Bermondsey with his aunt Anne (Dunning) Fowle (widow of Morrice’s uncle George Fowle) and his cousins: Anne, Ellen, Emma, and Lewis. The latter is listed as medical student and he would later become a surgeon. 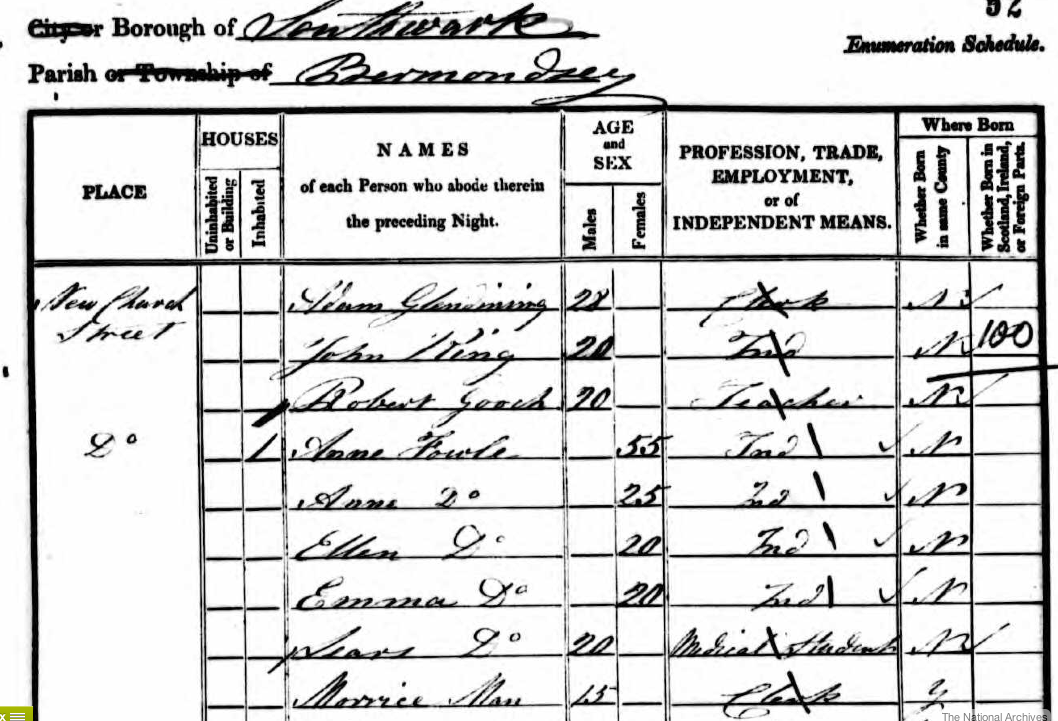 Morris King Man on the 1841 CensusSee also Jane Smart (Walch) Man’s Walch Family Jottings (in PDF).Jane’s death certificate (in PDF). Jane has been found on the 1901 census aged 63 living as a boarder in a house at 38 Kestrel Avenue, Lambeth. The entry for Jane on the 1901 census can be read HERE (<— PDF).  Jane is also on the 1911 census living with her daughter Emma’s family. 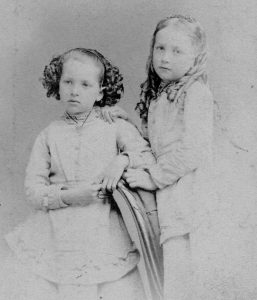 After Morrice King Man died in Tasmania in 1864, his wife, Jane Smart, took their two infant girls, Eliza Caroline and Emma Catherine, to England to live with her ‘Man’ in-laws at Halstead, Kent.  Later Jane Smart lived with Eliza Caroline in Dulwich and died there.

The following letter was written by Harry to his son Morrice King Man who would have been ten at the time. (Could this be possible?)

My Dear Boy, By the Van I send you this letter with 3 shillings, and with your mother (who with myself and your brothers and sisters is most anxious about you) desire every good wish for your health and prosperity – both of which blessings in great measure depend upon yourself. 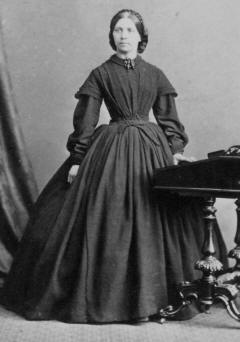 On Tuesday next you are going to London; and when you get there I anticipate your business will be on the high road to fame and fortune or to disgrace and ruin. It has pleased the Almighty Disposer of all things hitherto to preserve you from contamination. I believe that you speak the truth, are just in all your dealings – and with making every allowance for the natural corruption of our natures – more inclined to be good than, bad. You are of an age to know virtue from vice, and I will not expatiate upon the benefits resulting from the one and the misery attached to the other, feeling satisfied that your inclination will lead you to the former; and I sincerely pray that by experience you may never know the truth of my remarks as to the latter. I can have no motive but your happiness in speaking thus to you; for of all disinterested letters you may receive, those from your family must be preeminent. Your first duty every morning end evening is to ask God’s blessings, and to return thanks for those you have received. To the Mr. Morrices who have interested themselves in your behalf, shew your gratitude by following their advice, and in little nothings which you will understand much better than I can express – pay to them the greatest attention. I wish I could give you my experience, but as this is impossible, I shall only say make use of your understanding, and whenever you write to me for information, I will give it to you to the best of my judgment – let me intreat of you not to taste wine, either before dinner or unnecessarily; habits are soon acquired which in time become natural, and from little to little men soon become drunkards, and when once that is the case, ruin follows. I will not send you a sermon, but my interest for you makes me address you very seriously. Half the young men in London and out of it are ruined from not making family acquaintances when they can 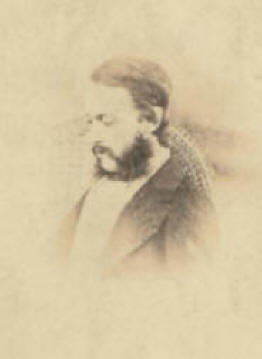 occasionally go, and occupy themselves with rational and improving conversation. I am no advocate for a general acquainatnce with young men of your age, except such as have family connection; for one corrupts the other, and as they possess no experience, often wish to appear wiser than they are, and destruction to all generally follows. I regret I cannot come and see you before you leave the miss Pine’s, but as you are going to the oldest and best friends I possess – namely the Mr. Morrices’s – I feel more gratyified than I can express, and am sure that you cannot be in better hands; if you deserve their continued favours I am sure you will have them and all you have to do to insure this is to be very circumspect and cautious in not giving offence to anyone in argument, or by repeating what you hear – as I have before said – you must make use of you head, and in conversations and your acquantences use your discretion – as everything depends on this. Let me hear when you get to London where you are, and if you have not heard from anyone to the contrary. When you arrive in the borough, leave your box at the Coach office, and walk to Mr. Buck’s, who will tell you what to do. I think you will see your aunts, who are still in London, and most probably will not come here till they have seen you; return my warmest thanks to your friends for finding employment for you, and do everything in your power to keep your situation. It is a blessing you are so near to us; for at anytime upon an emergency vie could see each other in a few hours. I hope Mr. and Mrs. Morrice of St. Marry Axe will mother you, and if you are careful of yourself, are polite and attentive, pay respect to everyone, and endeavour to make friends, I know you will succeed. Mrs. Taylor, who is still here, desires me to say that she wishes you the same good wishes we all do; and with our united love I remain 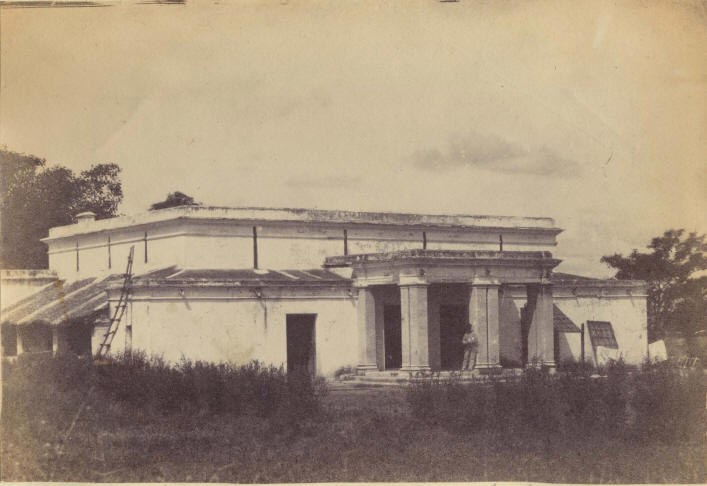 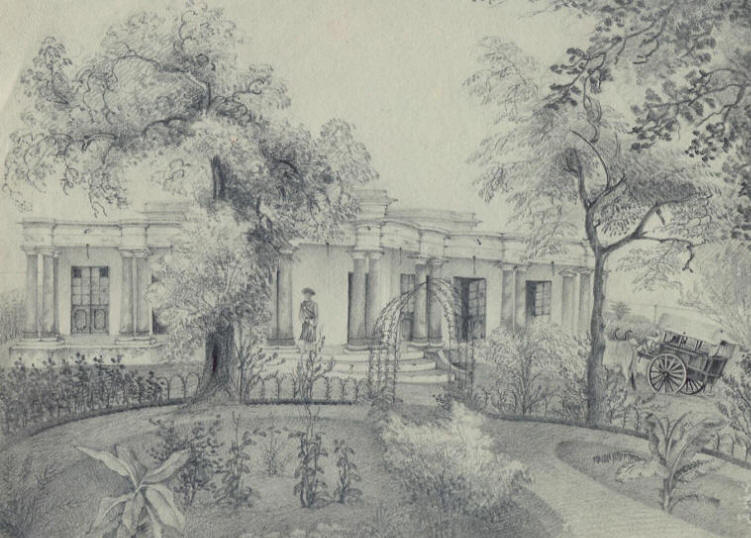 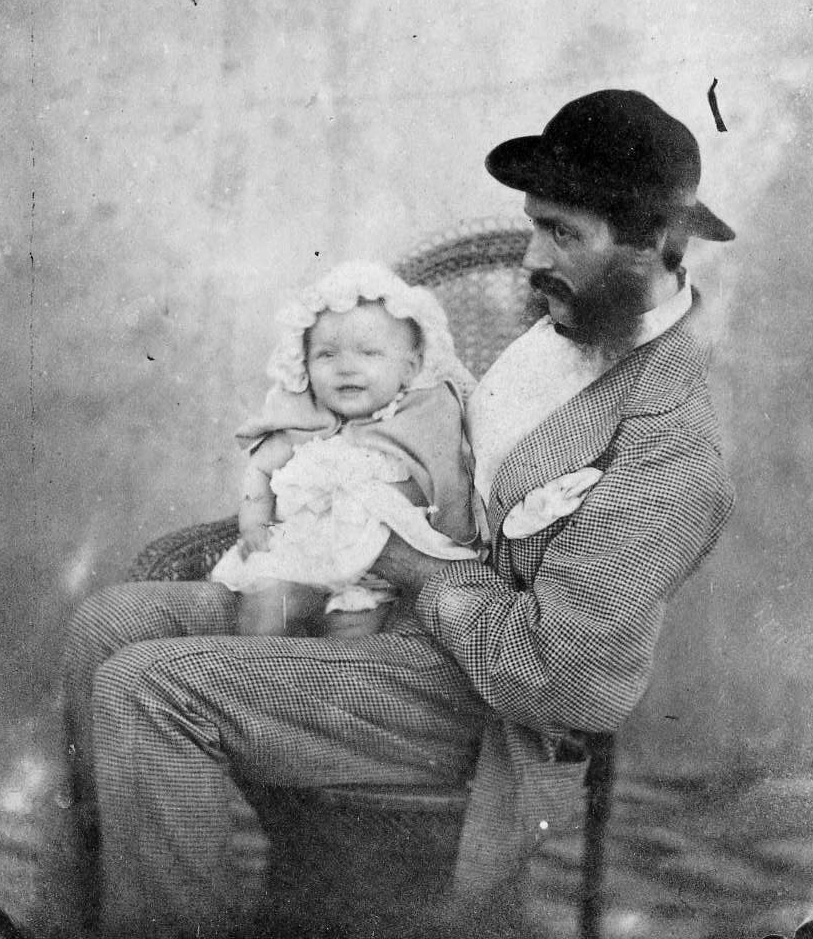 This is the last will and testament of me Morrice King Man, heretofore of Halstead in the county of Kent England thereafter inspector of government telegraphs in India at present residing at Hobart town Tasmania, I direct that my just debts and funeral and testamentary expenses shall be fully paid as soon as conveniently can be after my decease.

I give devise and bequeath unto my brothers in law James Henry Brett Walsh and Charles Edward Walsh both of Hobart Town aforesaid all the real and personal estate whether in possession reversion or expectancy and wheresoever the same respectively shall be situate of which I shall be seized or possessed at the time of my death or over which I shall then have any disposing power to hold the same unto the said James Henry Brett Walsh and Charles Edward Walsh their heirs executors administrators and assigns according to the nature of the property, upon trust as soon as may be after my death to sell the real estate and to covert into money the personal estate and for that purpose I hereby confer upon them all the powers and authorities necessary for effecting such sale and conversion in the same manner as if they were the absolute owners thereof respectively. And I direct that my trustees shall stand possessed of the clear monies to arise from such sale and conversion upon trust to invest the same in the name of my trustees, upon real or government securities in Tasmania or elsewhere with power to alter or vary the securities and to pay the annual income thereof to my dear wife Jane Smart Man and in the event of my said wife marrying again then I direct the same income shall be for the separate use of my said wife free from all marital control and shall be paid when the same is received and not be way of anticipation. And after the death of my said wife I direct that the said trust fund and the securities upon which the same shall be invested shall be paid and transferred between and amongst all my children who shall attain the age of 21 years or marry share and share alike. I declare that the receipts of my trustees shall effectively discharge purchasers and others from all liability in respect of the monies paid to them and that no trustee shall be liable for involuntary losses. I authorize my trustees to retain and allow to each other all costs and expenses attending the execution of the trusts of my will. I appoint the same James Henry Brett Walsh and Charles Edward Walsh executors of my will. I declare that the expression ‘my trustees’ shall mean the trustees or trustee for the time being of my will and I revoke all former wills by me made. 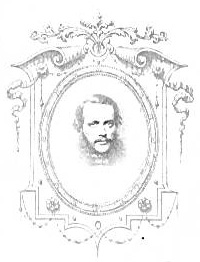 In witness whereof I have hereunto set my hand this sixth day of July One thousand eight hundred and sixty four.

Probate of The Last Will and Testament of Morrice King Man

Be it known by all men by these present that on the fifteenth day of September in the year one thousand eight hundred and sixty four, the last will and testament of Morrice King Man heretofore of Halstead in the country of Kent England thereafter Inspector of Telegraphs in India and late of Hobart town in Tasmania Esquire deceased a true copy of which will is hereunto annexed — was exhibited and proved before this honourable court and that administration of all 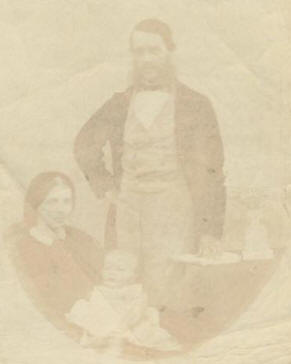 Morrice, Jane, and their daughter Eliza

Given under my hand and the seal of the Supreme Court Van Diemen’s Land now called Tasmania, the nineteenth day of September on thousand eight hundred and sixty four by the court.

Seal of the Supreme Court of Van Diemen’s Land  affixed

Below the Walch family gravestone at the Congregational Cemetery, Hobart in Tasmania that includes on it an inscription to Morrice King Man: 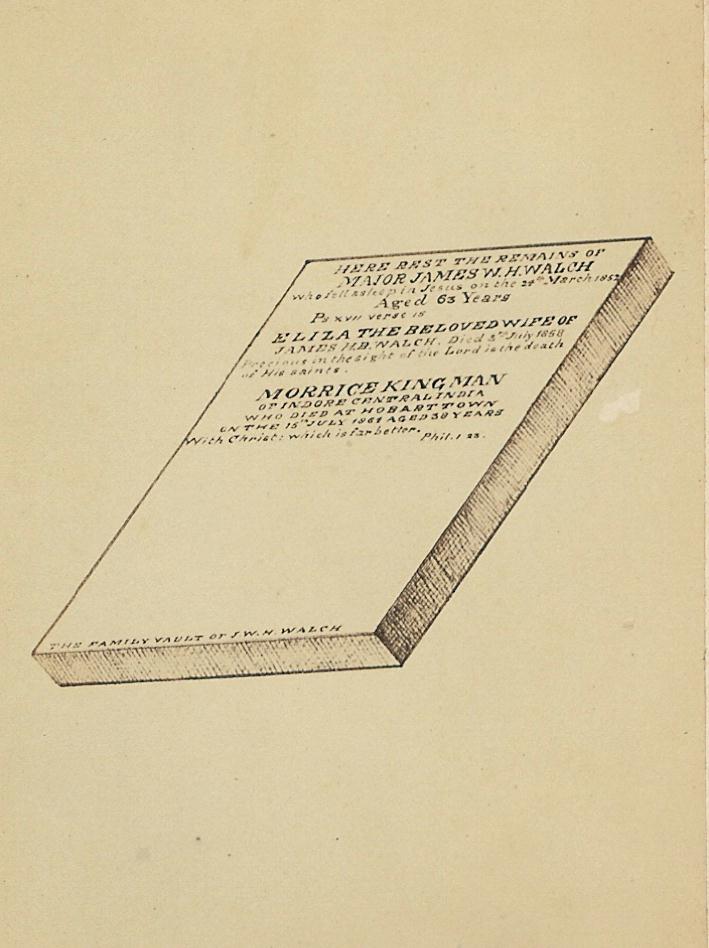 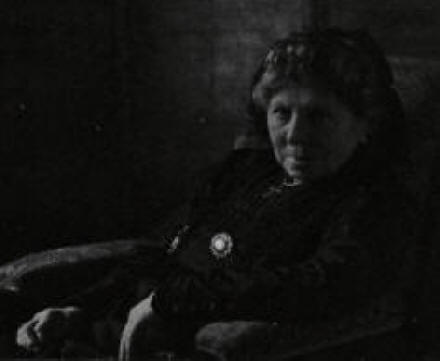 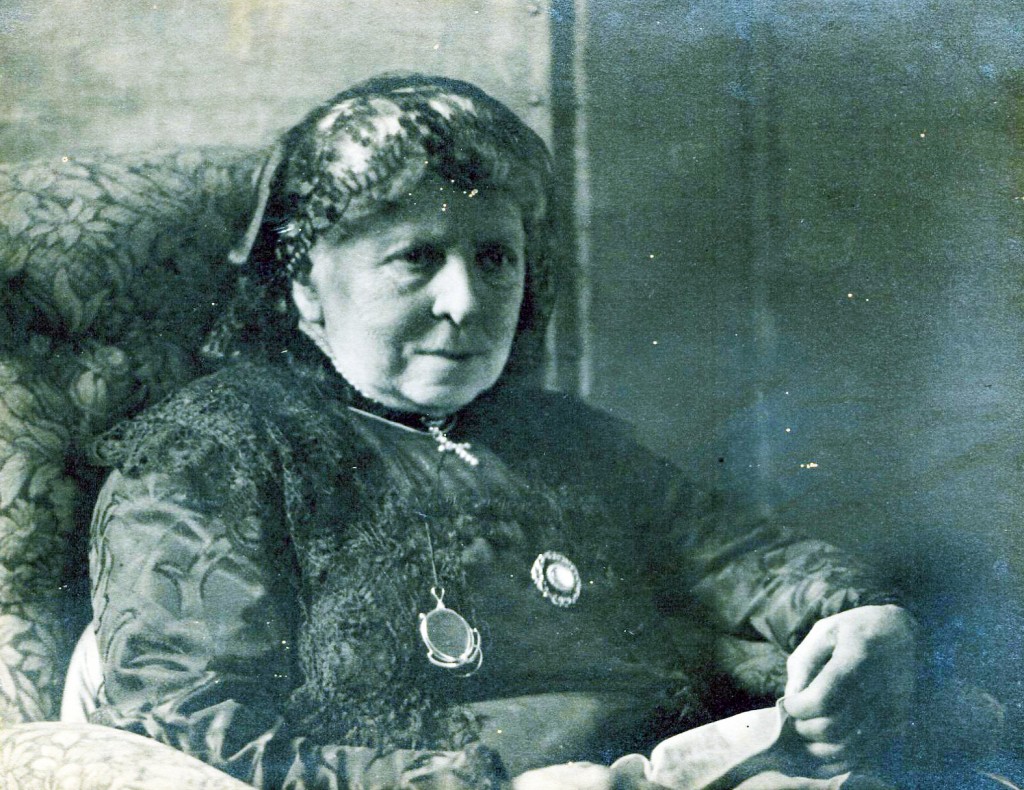