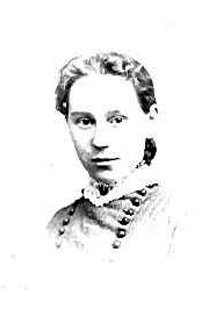 Harietta Emma Minnie Man was born on 5 November 1863, at Hastings in Sussex, the daughter of Harry Edward Julius and Henriette (Fowle) Man, and was baptized on 6 March 1864 at St. Margaret’s, Halstead, Kent.

She married Arthur Pollard on 14 September,1893 at Carshalton in Surrey.

NOTES: Harietta was brought up by “Aunt” Eleanor Thomas. There was no issue. Harrieta and Arthur Pollard appear on the 1901 census living at No 4 Blenheim Gardens, Willsden Green near Harrow:

We can follow Arthur on the censuses. He is too young to appear on the 1861 census but his family does living at No 11 Cheap Street, Sherbourne in Dorset:

[References: Her birth and baptism came from papers supplied by Col. A. M Man?; her marriage to Arthur from the Times marriage announcement]