Ella Katharine Emma Man was born on 12 July 1861 in Kurrachee, Lower Sindh, Presidency of Bombay, India, the daughter of Harry Edward Julius and Henriette (Fowle) Man, and was baptized on 14 August 1861 at Kurrachee. 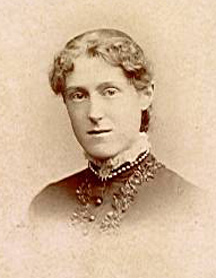 [References: Her birth and baptism from a copy of the transcript of the baptismal record (Film # 0523920). Her death and burial from announcement in The Times of London for Tuesday January 30 1934. Ernest’s death from The Times. All other references are from Col. A. M Man’s papers]

NOTE: In the 1881 census she is living with her aunt Eleanor Ann (Man) Thomas. Ella’s names on her baptism are : ‘Ella Katharine Emma’ but in The Times death notice (below) her names are given as: ‘Ella Emma Catherine’. Frederick Upfield-Green was a printer by trade.