Harry George Percy Garnet Man was born on 10 April 1874 at Jounpore in the Presidency of Bengal, India, the son of George Octavius and Mary (Bradford) Man.

At the end of the war on 18 March 1918 at Holy Trinity, Formby, Lancashire, Harry married Rosa Littlar (sometimes Littler or Litlar):

During World War One or perhaps soon after he must have joined the RAF reserve in some capacity as the form below indicates. He was then discharged from the RAF in 1920. 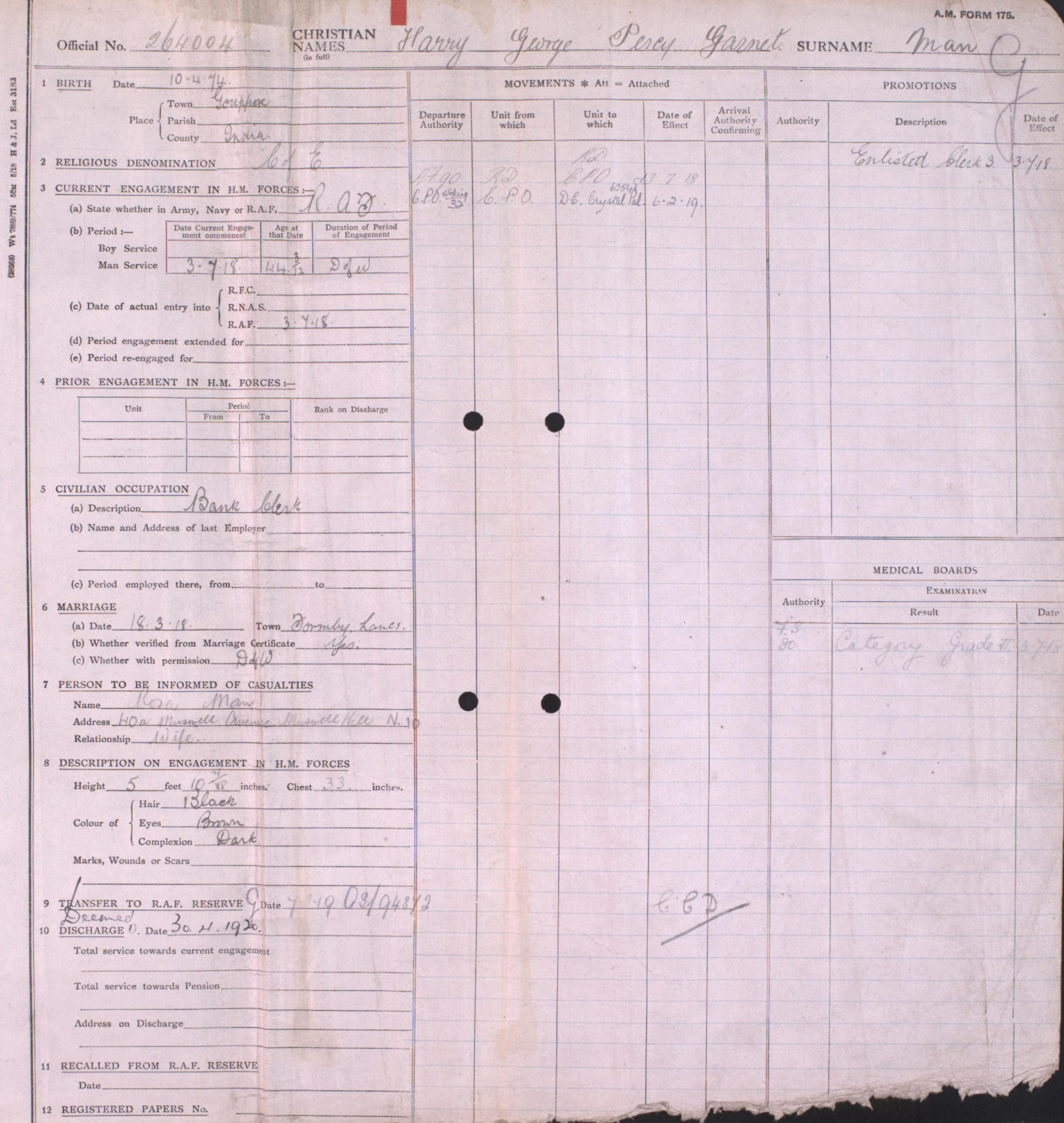 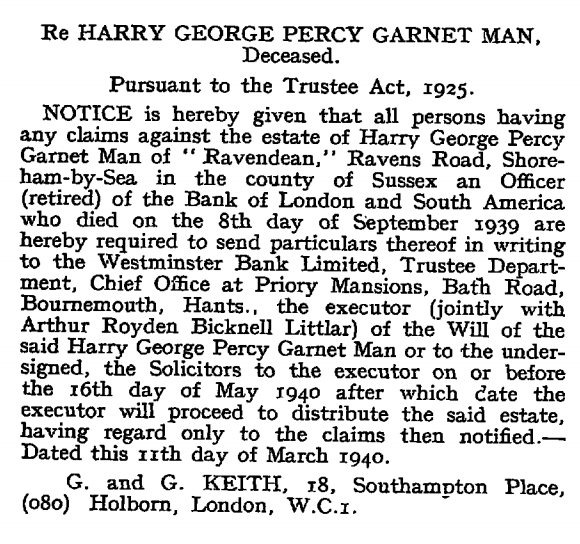 Notes: We do not know if there are any descendants of Percy’s. His probate record mentions no family. In William Lionel Man’s “Dairy”, a note book consisting of newspaper cuttings and addresses, mostly family related and dated around 1900 – 1901, there are a few address entries for Percy Man as follows:

The above has been crossed out and underneath is: