Morrice Lionel Man was born on 5 December 1877 in Rangoon, Burma, the son of Edward Garnet and Catherine (Matthews) Man.

While he was vicar of Tenterden that parish was united with another in 1928 and Morrice was appointed the vicar of both. The discussion of this parochial union appeared in The London Gazette which can be viewed here (<– one page pdf)

During World War One Morrice Man kept a diary which included reminiscences of his early childhood. They were given the following title: ‘Records of the Mans of Kent Dedicated to the Man Family and to every Family Man who Loves his Home’.  To view the diaries in PDF please click here. These diaries were transcribed by Steve Man, July 2000 – January 2001. Dora was the sister of the well known English essayist E. V. Lucas. 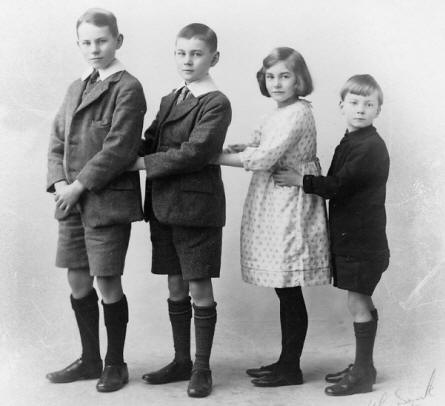 From left to right: Andrew, Peter, Janet, and Christopher. 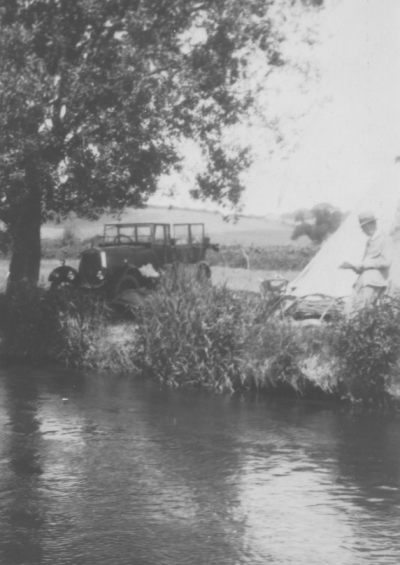 Morrice relaxing by a stream