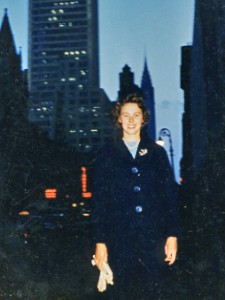 Renee studied Spanish at Leeds University and on graduating she joined British Overseas Airways Corporation (BOAC) which has since become British Airways. The photographs on this page show her in her BOAC air hostess uniform. High heels and white gloves were part of the uniform.

Note behind Renee (below) are the wooden sheds that were once Heathrow airport. The color photograph (above left) shows her standing on 42nd street in New York City with the Chrysler building in the far distance. 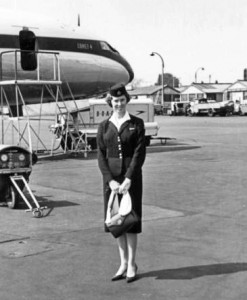 Renee’s ashes were placed in the graveyard of the parish church at Oxted. 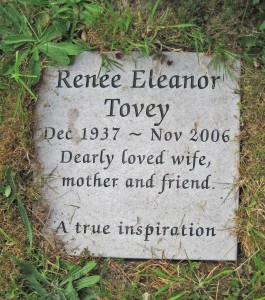