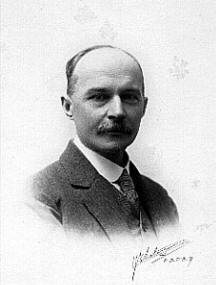 Edward James Fowle Garnet Man was born on 28 April 1869 in Rangoon, Burma, the eldest son of Edward Garnet and Catherine (Matthews) Man, and was baptized on 9 June at Christ Church, Rangoon.

Beatrice was born on 29 September 1870 at St. Leonards-on-Sea, Sussex and she died on 28 March 1959 at a nursing home in Ticehurst, East Sussex.

Below the wedding of EJFG Man and Beatrice Crofts. Many of the bridesmaids are EJFG’s sisters. The two clergymen are Beatrice’s father and Morrice Lionel Man, Edward’s brother. 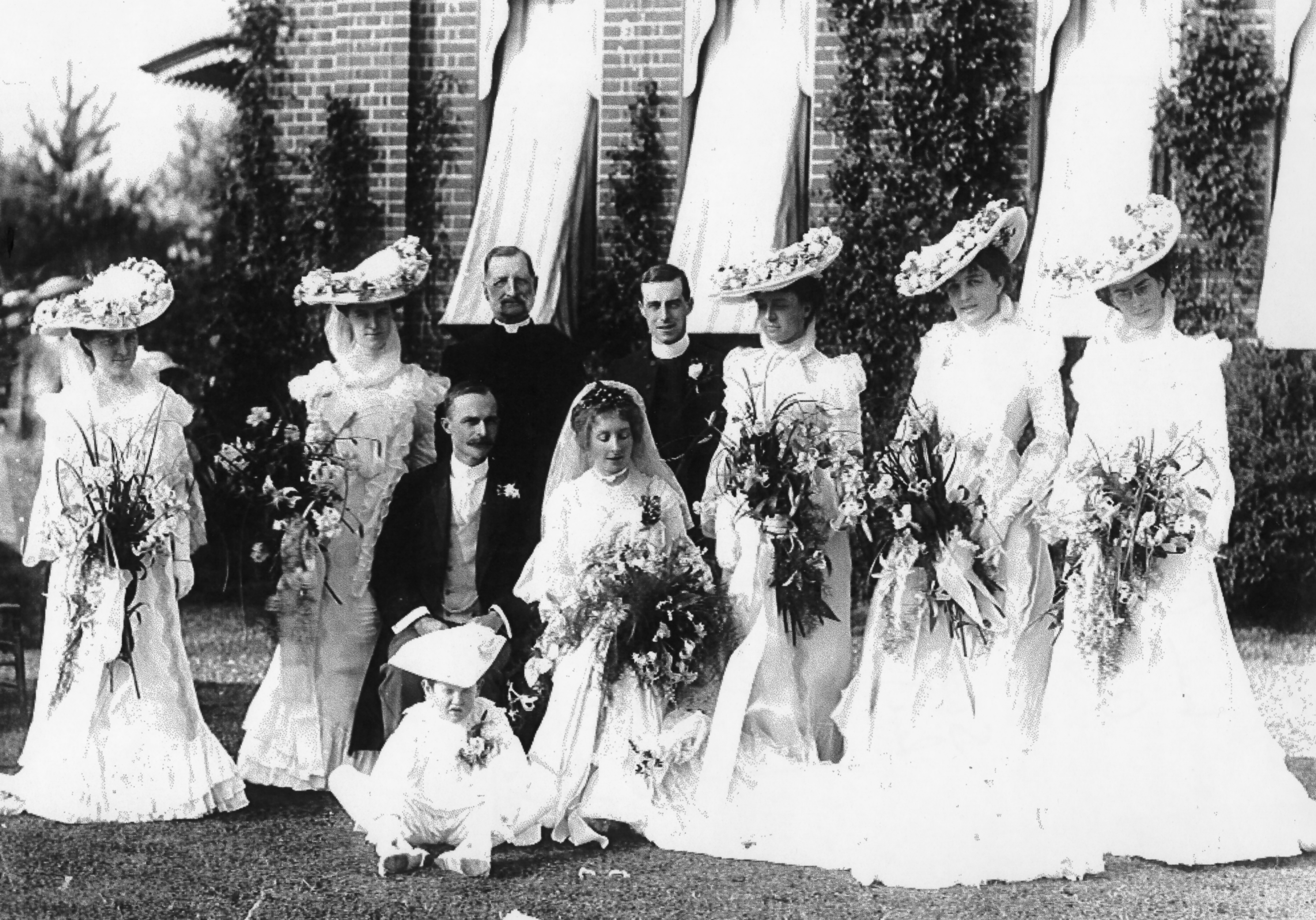 Below: Beatrice is a visitor on the 1911 census at 1 Adelaide Court, Hove, Kent.

Two Letters to The Times 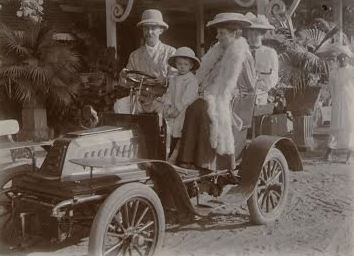 The following notes have been made on a trove of letters sent by EJFG Man to his wife Beatrice (Crofts) Man from his time as a volunteer in the British army during WWI. (Based on notes made by EJFG’s grandson Stephen Durnford)

When the war began, EJFG volunteered as a private in his mid-40’s. He made lance corporal and eventually got a commission after badgering various bigwigs, but there is no mention of going abroad, and, indeed, he seems to have been discharged on age and health grounds in 1917 or earlier. We get an almost day-by-day commentary of daily life and how nice most of the other chaps are.

He wrote home two or three times a week and most of the letters are still in their stamped envelopes. There also are a few to or from his sons Lionel and John Man as schoolboys and who mention their sister Felicity as a lively infant. Letters are of many sizes, a lot clearly torn out of exercise books or other handy sources.

One letter talks of hearing of Edith Cavell and how the incident would help recruitment. “Zep” raids are regularly described, but most space is given to billets, colleagues, and training. He had to have a hernia operation and get new false teeth and often mentions reassuring perceptions of how the war was going at one moment or other. 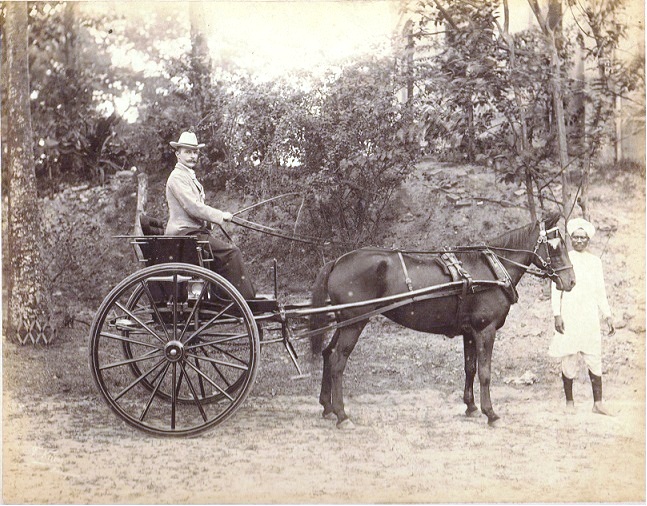 He lodged for a while with a family called Oppenheimer, with no indication of any anti-German feeling that their name might have engendered. His father-in-law, the Rev. Crofts, had been chaplain to the British community in Bonn, so Beatrice perhaps had childhood memories of Germany, and animosity was simply absent.

Where this archive differs mainly from most, I suspect, and adds something original is in its insights into the domestic and monetary issues of an upper middle class family with no man at home, where EJFG’s wife Beatrice is quite unused to managing the finances and is constantly urged to deal with banks and suppliers or being chided for not doing something or other. One letter from EJFG complains that her previous letter to him was unreadable on account of the broken eggs enclosed with it. The addresses and dating allow us to track the times she left their home, “Standen” in Benenden, and went to stay in Hove, Eastbourne, St Leonard’s and elsewhere. 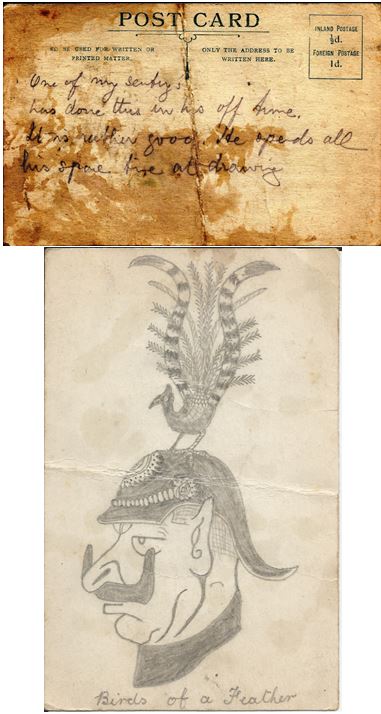 Postcard sent by EJFG to Beatrice with drawing 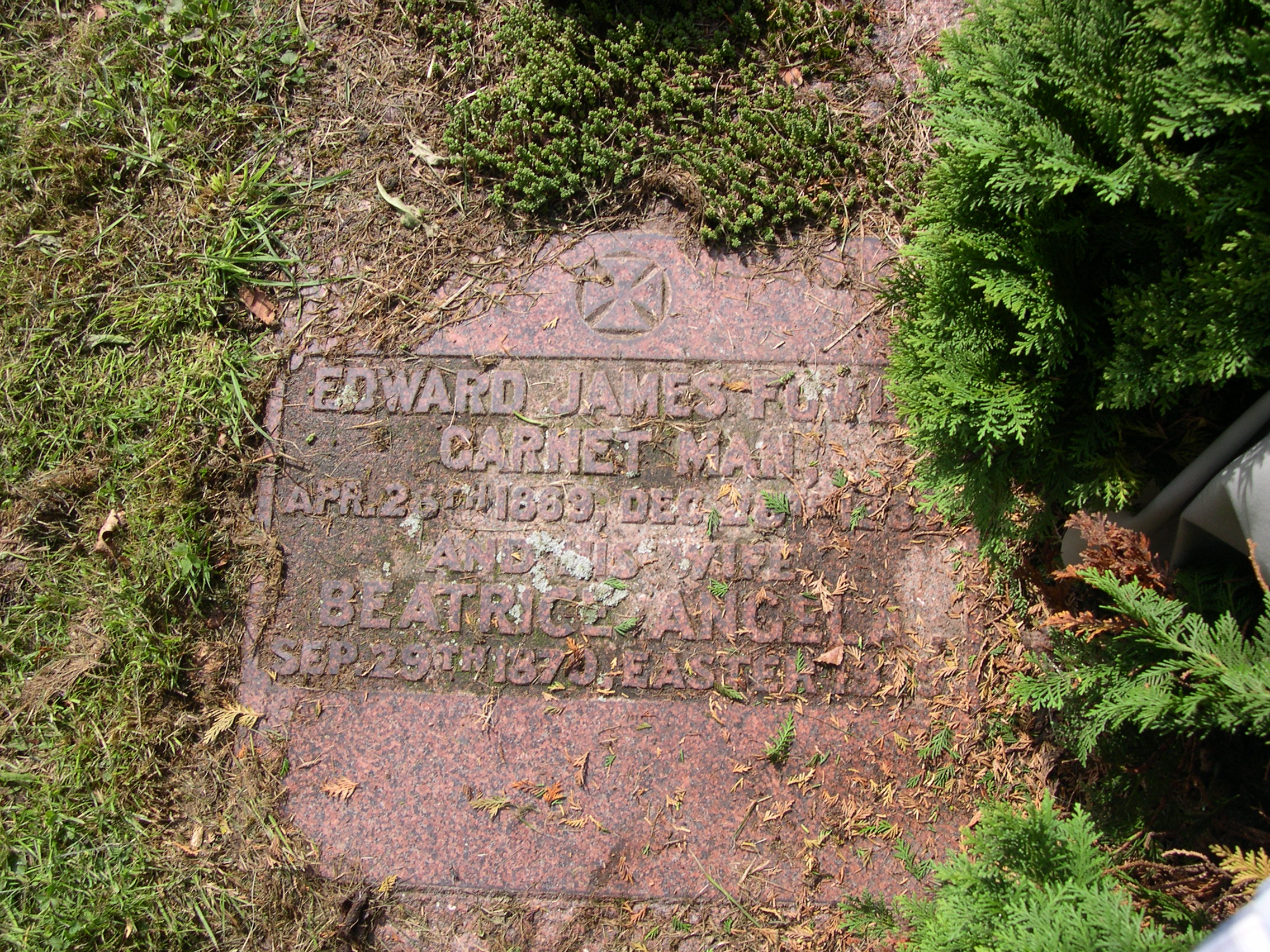 The gravestone for EJFG Man and his wife Beatrice Alice (Crofts) Man at Benenden, Kent